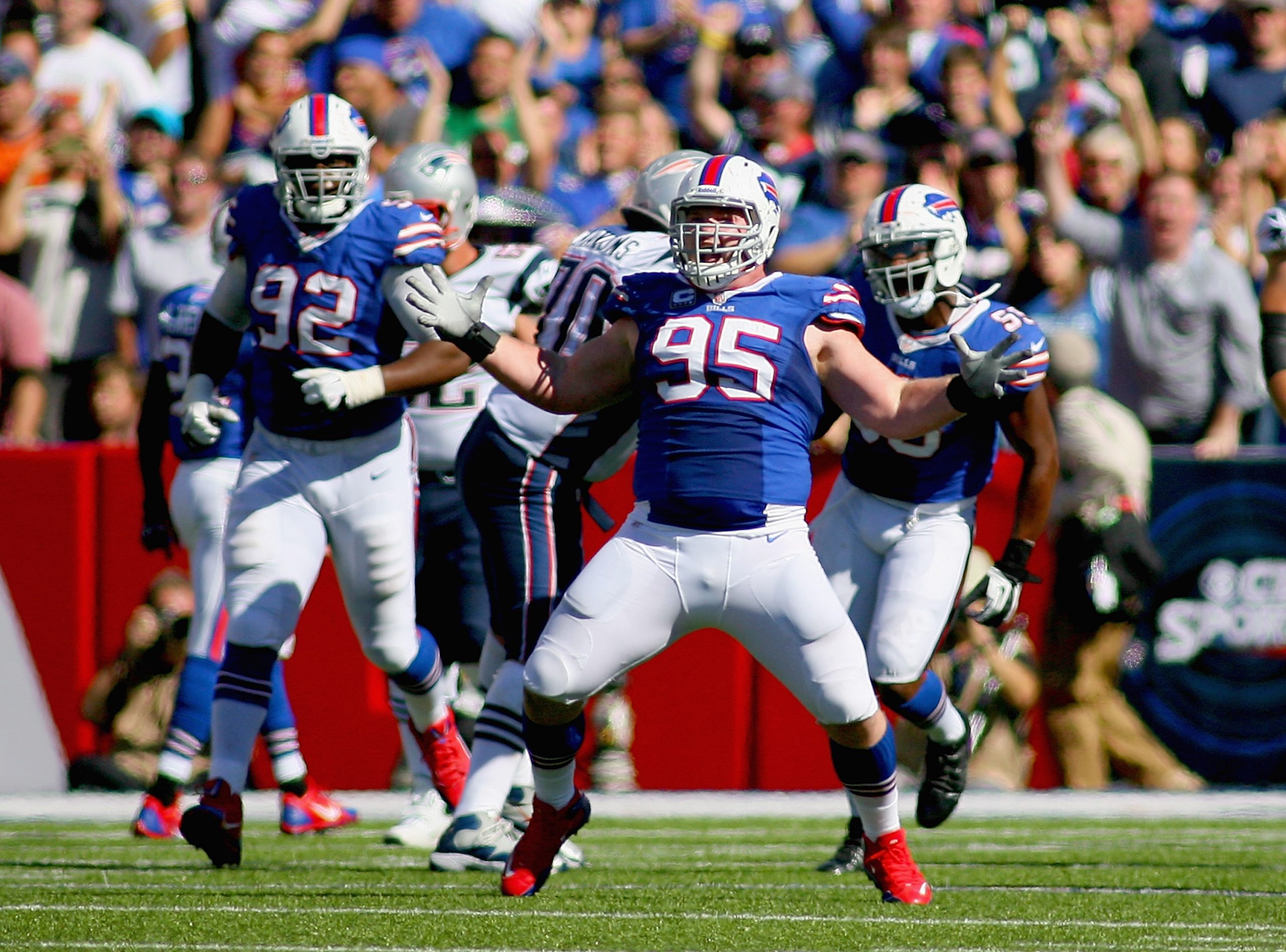 Another week and another edition of “Who Is ___”, where I explore a Bills player – their fit on the team and in the future and my views on them outside of the traditional x’s and o’s / all-22 format. For this second edition, I picked the longest-tenured Bills player at present and one of my favorites in the time I’ve followed the team, defensive tackle Kyle Williams.

How He Fits On The Team:

Kyle is the steam engine that drives the Bills’ defense. When he is healthy and on the field, he is a savvy complement to Marcell Dareus, capable of playing one, three (or five!!!) technique. Getting between the tackle and guard or center and guard isn’t a hard thing for the vet, as he’s seen about everything at this point in his 11-year career. This year, Kyle is going to be the key to ensuring interior pressure exists in the McDermott/Frazier defense outside of number 99 – which puts an onus on him that might be a bit daunting given the injuries that have piled up over the years.

What He Means To Me:

Kyle is a lot of things to me. First, he’s one of those guys that just won’t quit – in the best way possible. He’s not on the Bills in 2017 because he’s hanging on his name, or because they were beholden via the contract to keep him. Kyle is a Bill because he wanted to be. When I first got heavily into the draft, 2006’s draft was a personal favorite of mine, as my draft guide mentioned a “rolling ball of butcher knives” that would go late in the draft. In my parents’ home in Tampa, there’s a box that has that guide – with my little pen marks circling the LSU DT’s name.

Did I think that Kyle was going to have the career he did? Heck no, but I thought he could be a solid wave player. He’s far more than that – and I mean besides the play on field. When the Bills in the early 2000s decided to give players semi-awkward video segments, the “Hanging 10 with Gibran Hamdan” swim race between Marshawn Lynch and Kyle Williams was a personal favorite. Marshawn was already getting a moniker of being a fun-loving guy – but the race between him and Kyle was a great window into how much fun Kyle can have. It also revealed that Kyle is a crazy good athlete that belies his 300 pound frame.

As he’s gotten older and more established on the team, his ability to be the voice of reason in trying times is commendable. But Kyle has never delved into the “JJ Watt School of Boot-strapism” which makes Kyle even more endearing to me. The dude just wanted to play ball, hunt and chill with his family – can’t knock that!

Kyle has also evolved into one of my “Good Will Hunting” Bills – players I wouldn’t mind leaving to get a ring on another team, even New England. A guy like Kyle Williams, for all the injuries he’s played through, all the time he’s put in has earned it. Sure, you can point to a paycheck, but in our own lives, how many of us have given 100% on a team that was consistently failing?

What Will Kyle Mean Going Forward:

Since this is the final year of his contract, there’s a bit of mystery to this. Does Kyle sign an extension mid-season to say on another year? Does he ride into the sunset after a playoff berth? Does he move on to a more successful team to chase a ring?

While I would miss #95 greatly, I think he has to make the best move for himself and his family – and his legacy. I would hate for him to be a Buffalo Bills legend, that most of the rest of the league never truly appreciated.

Ultimately, Kyle Williams to me is the epitome of excellence in the face of mediocrity and I cannot applaud him enough.