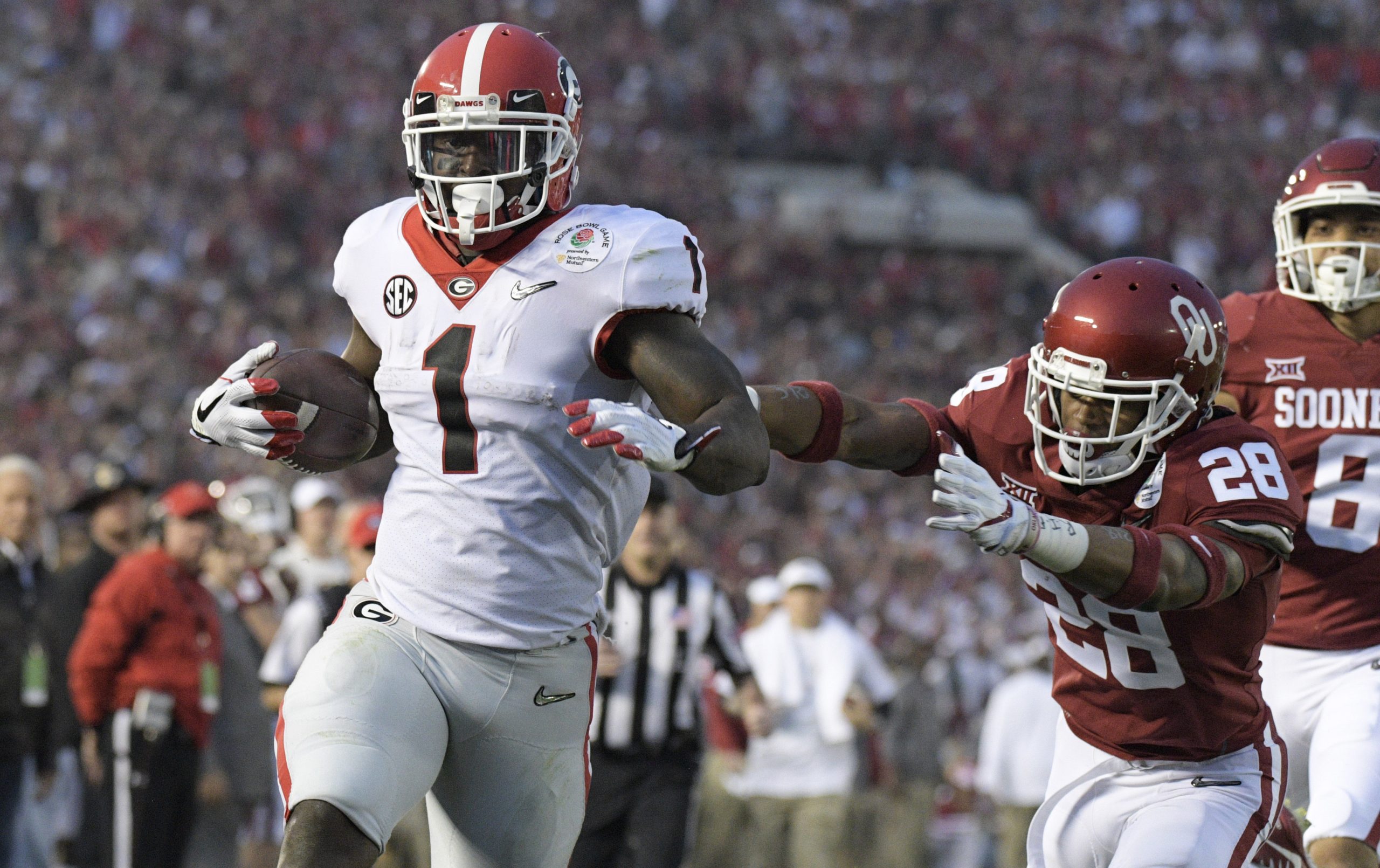 With the title game just a few hours away, it’s time for a Buffalo Wins preview and prediction.  I don’t think this game will rate very highly unless you live in the southeast part of the country.  I don’t think it was any sort of SEC bias, but I do understand people not loving a team that didn’t even win it’s division, less its own conference be in the playoff.  Before you jump on the 8-team playoff bandwagon, I think you are sorely mistaken for asking for that.  Consider that if we went to eight teams, even with putting UCF in on some weird group of 5 rule, Auburn would’ve made the playoff as well.  Expanding the playoff won’t mean it’s less likely to get inter-conference games for the title, it means it will be more likely.  It also means it will increase the chances of non-conference champs from winning the title.  I’m just telling you folks to be careful what you wish for.

Let’s start with Georgia in this preview.  While I know people immediately think of Chubb and Michel, Georgia is first and foremost led by it’s defense.  Roquan Smith really showed his worth against Oklahoma and an every down linebacker.  He can stop the run and cover athletic backs in the passing game.  He is a top 10 pick waiting to happen, and in today’s NFL, he is exactly the type of linebacker you want and need.  Georgia’s D line should also be able to make some plays against Bama’s OL.  This is probably Bama’s weakest OL of this Saban run.  Georgia hasn’t really been beaten in the air this season, but Calvin Ridley is the best WR they will have tried to cover.  On offense. I continue to be impressed by Jake Fromm.  While UGA hasn’t won any games because of him, I think he’s perfectly capable of winning a game if asked.  This kid will be the #1 pick of the 2020 draft.  UGA also has 2 day 2 running backs in Chubb and Michel.  While they are different backs, the thing that is really impressive, is UGA can run their full offense regardless of which RB is in the game.  This fact makes them much more unpredictable.

As for Bama, I think Jalen Hurts is one of the most underrated players in the game.  He gets crushed for not being a great passer.  He still completes over 60% of his passes and has run for over 800 yards this season.  He is a true dual threat guy, who makes defending at the collegiate level so difficult.  If you somehow manage to cover Ridley (who will be the first WR taken in the draft this year), he can still takeoff and make a big play with his feet.  While Fromm can do this, he’s not the athlete Hurts is.  While Bama has no true #1 back like previous years, they do have a stable of guys they can run out there on any given play without really having to change their offense.  On D, Minkah Fitzpatrick is a likely top 5 pick, but seems a bit banged up still.  I will be curious to see how UGA attacks Da’Ron Payne.  UGA’s OL was expected to be a weakness, but has overachieved all season.  Payne is a true run stopper, and if he limits UGA running the ball, it will be a long day for UGA.  Rashaan Evans is another first rounder at LB for Bama who can make plays should they get through the line.  It’s amazing that Bama has a first rounder at each level of the defense.

As for a prediction, I really have been going back and forth on this pick all week.  Early in the week, I really favored UGA.  As the week as progressed, I’ve found myself back towards Bama.  I think these teams are almost mirror images of each other, and I certainly don’t expect a blow-out.  It comes down to these two things for me however: 1) Bama has been here before and I think experience matters 2) Bama is truly led by mostly upperclassmen, while UGA is a bit younger still.  I 100% expect UGA to breakthrough soon, I just don’t think it’s this year.  It is just so hard to pick against Nick Saban and Alabama.  Bama 24 Georgia 20