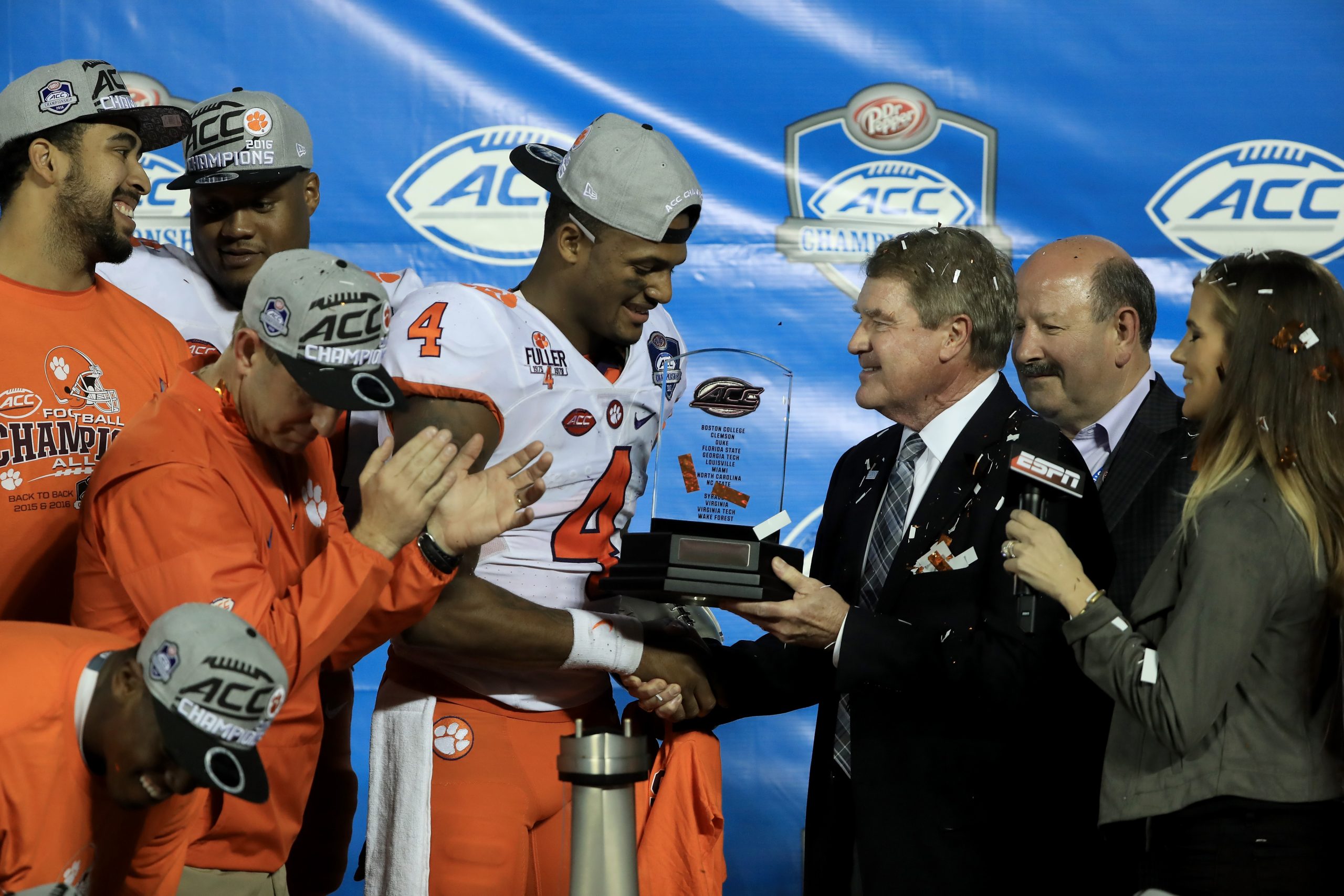 In part 3 of 6, we take a look at the ACC, which has produced a playoff team each season, and is the home of the reigning champs.

Championship – Is the ACC ready to get two teams into the playoff?  If FSU beats Bama and Clemson beats Auburn, it may happen.  I think FSU can even lose to Bama and still make the playoff.  Anyway, I expect FSU to go 2-0 against Miami this season as these two teams finally meet in an ACC Title Game.