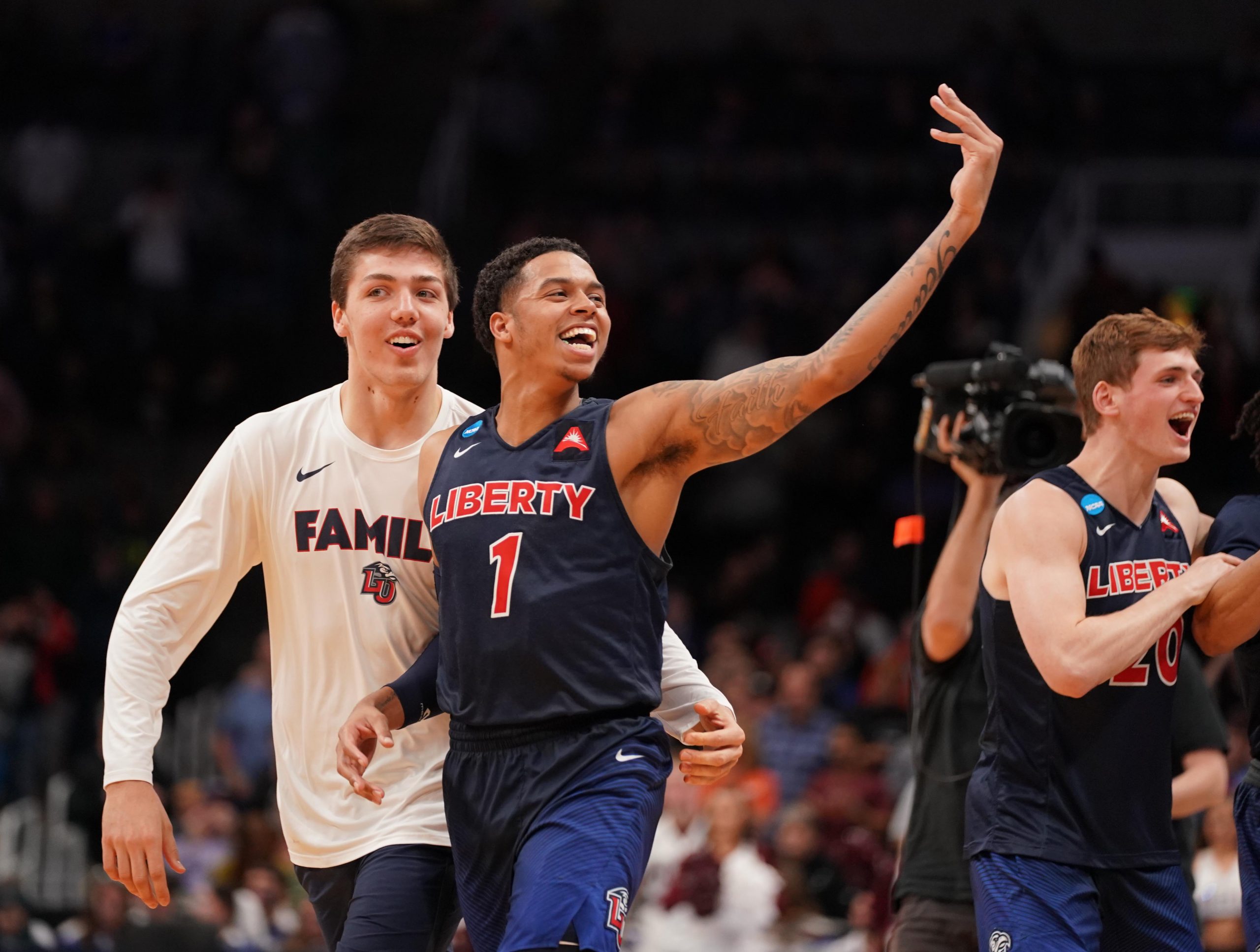 Late in the 2020-21 season, the Washington Wizards signed Caleb Homesley to a three-year, non-guaranteed contract after he spent training camp and the G League bubble with the organization. Back for more during the 2021 Summer League, Homesley may not make the Wizards opening night roster given they already have 15 players on the roster, but he will certainly get an opportunity with the Capital City Go-Go (along with the likes of Kyree Walker). Hoop District caught up with the Liberty product in Las Vegas to learn more about the 24-year old.

On 2020 training camp with Wizards:

“I think it was a great learning experience for me. Especially see how NBA works, how they play. I think it really helped me. I played in the G League bubble. I think it helped me understand the pace, where to be, the spacing, and especially the defensive end.”

On 13 points in first Summer League game first half:

On anyone besides Alex McLean you work closely with?

“Tommy, I just wanted to thank him for giving me this opportunity and sticking with me knowing I was in the training camp 2020 and then continue to stick through me now. Just for those two guys [Alex McLean and Sheppard] and their improvement that they’ve helped me with.”

On what he wants to show during Summer League:

“Versatility on the defensive end. I think I can guard multiple positions even with the point guard and so far going down. Using my length and defensive rebounding.”

On his NBA position:

“1 through 3. I feel comfortable playing on-ball and off-ball.”

On his biggest improvement since 2020 training camp:

“Consistent on my shot and then defensively. Being versatile, being able to guard multiple positions.”

On the G League bubble experience:

On advice to Summer League teammates:

“You got to have a next play mentality in games like this, especially we are new playing with each other. There might be a mistake, but you’ve got to reel it off and go on to the next play. And just be aggressive on both ends of the court, whether that’s defensively with your communication or offensively with setting a screen, cutting hard. You don’t just have to impact the game by scoring all the time or making the assist, you can do it in all the other little things.”

“Honestly, I want to get through this first and see where this takes me. I’m a day-by-day guy so I don’t really look into the future. I just try to control what I can control on a day-by-day basis.”