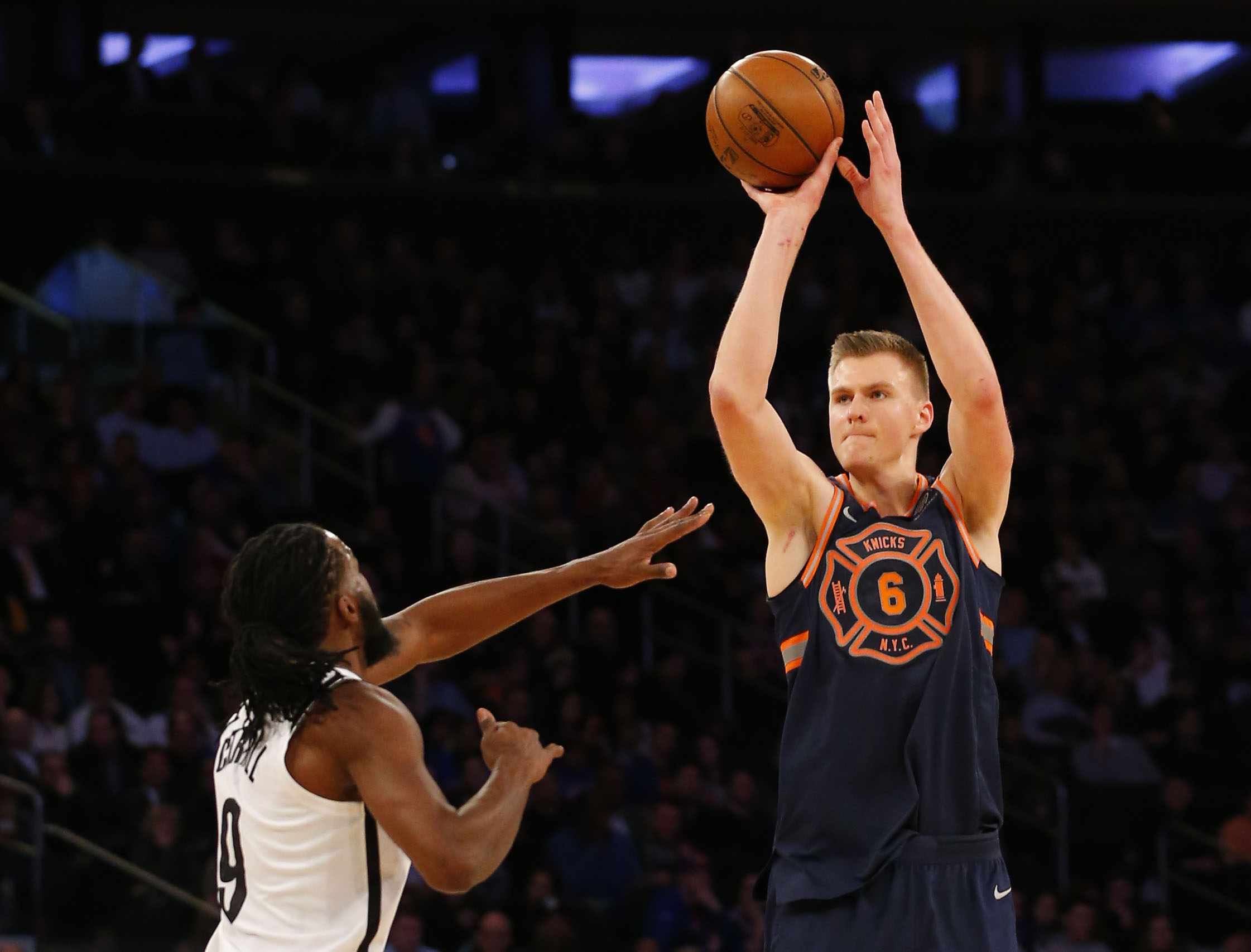 Five years ago, the Atlantic Division was the polar opposite of what it was this past season. The New York Knicks capped off a 54-win season by defeating the Boston Celtics in the first round of the playoffs. The Philadelphia 76ers fell short of the postseason and were set to embark on “The Process” behind General Manager Sam Hinkie.

Since then, the Celtics have made the Eastern Conference Finals twice and have built one of the best young teams in league following a trade with the Brooklyn Nets in 2013. The 76ers are looking to complete “The Process” and are welcoming Philadelphia to the moment with their young core of Joel Embiid, Ben Simmons, and Markelle Fultz. Both teams built their teams in different manners through the draft and will be a fixture at the top of the conference for the years to come.

In midtown Manhattan, the New York Knicks are in the midst of their own process. After not securing a playoff berth since 2013, the Knicks have seen their whole organization change. Two General Managers and four head coaches have come and gone. New York is hoping to turn it around with their  latest hires of Scott Perry and David Fizdale.

During that span, the Knicks are building a foundation of their own with Kristaps Porzingis, Kevin Knox, and Frank Ntilikina. One of Perry’s first moves was dealing Carmelo Anthony to the Oklahoma City, which netted the Knicks with a potential steal of the 2018 NBA Draft in Mitchell Robinson.

Porzingis is expected to lead the charge with his ability to be effective on both ends of the floor. While it’s more ideal to have him at the five, David Fizdale is putting no limits on having Porzingis as the lone big on the floor and has preached positionless basketball. With Porzingis sidelined due to an ACL injury, there is no timetable when he’ll return next season.

Frank Ntilikina has the potential to be an elite defender, but has room to grow offensively. While Summer League should be taken with a grain of salt, there is excitement surrounding Kevin Knox and Mitchell Robinson heading into the season with the potential both players possess. While Robinson has shown the potential to work well as a pick-and-roll defender and shot blocker in Summer League, he’s likely to spend an extended portion of his rookie season in the G League.

One focal point for next season is the development of their young players. Fizdale emphasizes development and the organization has focused on the growth of their players from the NBA level to their G League affiliate. Player development will continue to be emphasized in Westchester with the two-way players, Isaiah Hicks and Allonzo Trier. New York approached patience with Hicks and Luke Kornet last season and gave them a full opportunity to grow and develop. Kornet’s game grew exponentially in Westchester and his strong play in the second half of the season didn’t go unnoticed. The Knicks’ center will likely see an increased role next season.

Outside of developing their young talent, New York has brought in veteran players with the hopes of finding talent who could contribute to the big club. Trey Burke embraced starting from scratch in the G League and felt like it gave him the best chance to get a second crack in the NBA. Not only did he take on a veteran role with the Westchester Knicks, Burke was able to run the team in Westchester and worked on his perimeter game. He continuously worked on his game in the G League and managed to be a contributor with New York in the second half of the season.

Along with building through the draft, free agency is a key component in building a team. The Knicks are hoping their young players grow next season and potentially make the Big Apple an attractive spot for free agents next summer. New York could be a potential landing spot for Kyrie Irving. Joe Cowley of the Chicago Sun-Times reported that Jimmy Butler and Irving “are still trying to figure out a way to play together.” Along with Irving and Butler, Kevin Durant, Kawhi Leonard, Klay Thompson, and Demarcus Cousins will hit the free agent market in 2019.

The Knicks would have to shuffle their roster if the team is interested in adding two max salary players. If Lance Thomas is waived next summer, $1 million of his contract will be guaranteed. The Knicks would have to deal Courtney Lee and Tim Hardaway Jr to create more cap room. If the Knicks are looking to move Joakim Noah, the team would have to use the stretch provision or find a trade partner. A potential trade with Noah could mean attaching a first-round pick to the deal, so stretching Noah’s contract would be more likely if the Knicks are looking to create more cap room.

New York is taking their rebuilding process one step at a time and aren’t looking looking to skip any steps. Player development will be a focal point in the organization next season. The Knicks are hoping to take a page out of “Field of Dreams”: “If you build it, they will come.” The Knicks have their foundation in place. If their young talent can grow as a unit, the team has hopes that free agents would consider bringing their talents to the Big Apple in the future.