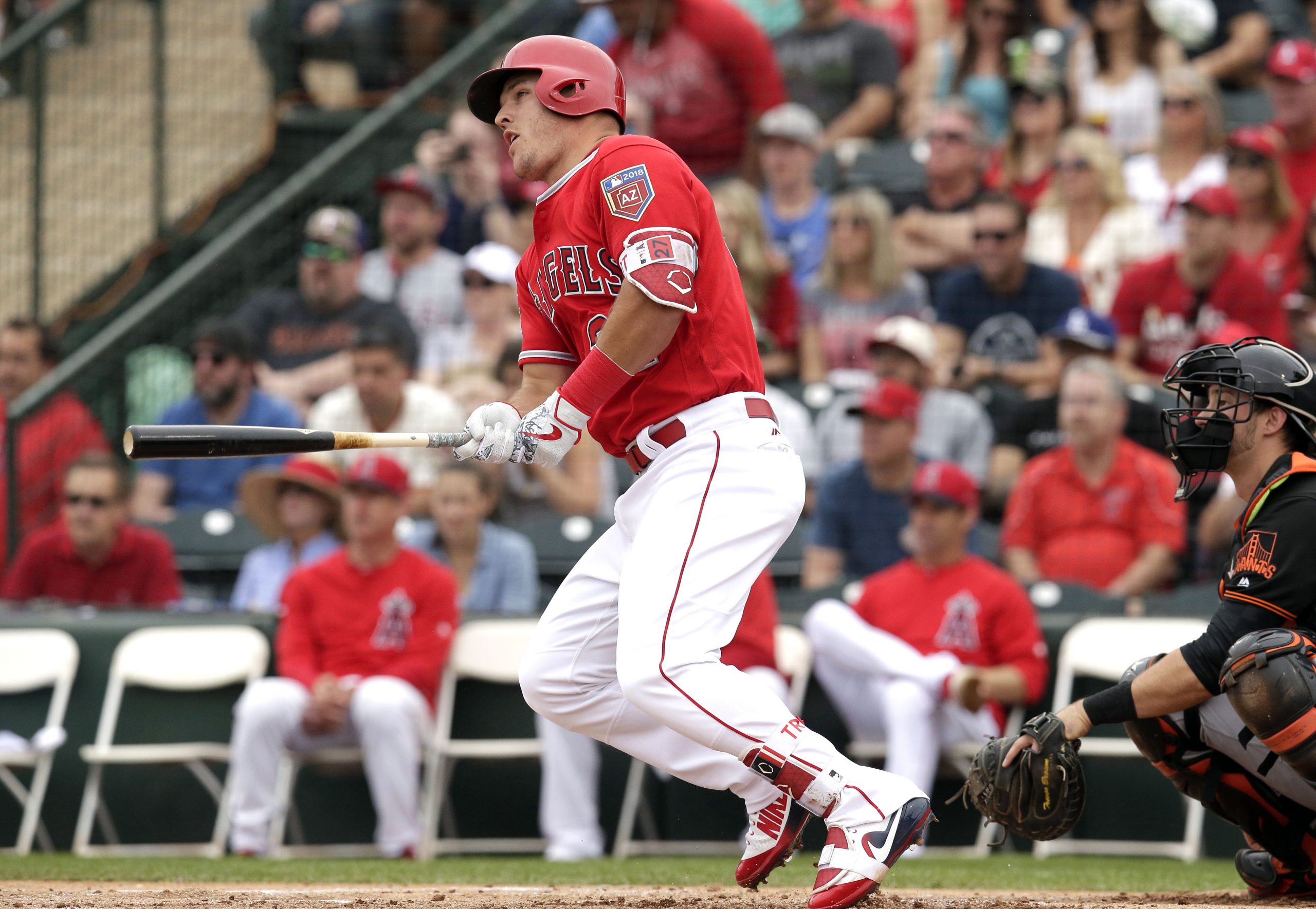 Los Angeles Angels outfielder Mike Trout is good at baseball. Like, really good. And whether it’s during the regular season or spring training, he always finds a way to make our jaws drop with his incredible ability.

One thing that’s gotten plenty of attention lately is his refusal to go down on strikes throughout Cactus League action — he ended up striking out just 4 times in 49 at-bats this spring. While that won’t mean much once he takes the field later today, it’s been a prevailing theme for the right-handed hitter in recent years.

The “Worst” of Mike Trout

Let’s get this out of the way first — the “worst” of Mike Trout is still pretty darn special. So when we talk about the worst full year of his career to date, it’s not like it was actually bad. This is just the kind of stuff that happens when you set such a high bar.

While Trout’s lowest single-season fWAR came in 2017 with a mark of 6.9, it was only because a stint on the disabled list limited him to 114 games. When looking at his performances between 2012 and 2016, his lowest fWAR came in 2014, which was 7.9. He still led the league in that metric, but after two consecutive 10.0-plus performances, this was definitely a small step back.

Outside of the 36 homers and 111 RBI he produced, the other thing that stood out was the negative regression in his plate discipline. The 11.8% walk rate he finished with was nearly four percentage points lower than the year before, while that 26.1% strikeout rate was a career-worst number.

Many players would kill for this kind of “rock bottom” performance. Judging from what Trout has done since 2014, though, that’s exactly what it was. Check out the consistent improvement in both his walk rate (BB%) and strikeout rate (K%) from each season.

As you can see, Trout officially put himself into the unique club last year of qualified hitters that walked more often than he struck out. The only other guys who accomplished this in 2017 include Joey Votto, Justin Turner, Anthony Rendon, and Anthony Rizzo.

The Proof Is in the Pudding

Experiencing a progression such as this takes a lot of hard work — it doesn’t just magically happen. Check out how his chase rate (O-Swing%), swing rate on strikes (Z-Swing%), overall swing rate (Swing%), and swinging-strike rate (SwStr%) compare to one another since 2014.

What you see here is every hitting coach’s dream.

Trout’s overall swing rate has remained virtually the same, so the only shift is between what he’s offering at outside and inside the strike zone. And since he’s become more aggressive on pitches he can do more damage with, that swinging-strike rate has consistently decreased.

This is all even better upon looking at the corresponding contact rates. Trout has put balls out of the strike zone in play between 66% and 71% since 2014, but his contact rate on strikes has risen almost as consistently as everything else we’ve talked about. His 90.1% contact rate in 2017 was a new single-season career high.

Can He Keep This Up?

With many other players, it’s easy to say this trend probably won’t improve much more, but those thoughts get thrown out the window when talking about Mike Trout. After all, we talked about how he could still improve despite just winning his second American League MVP in 2016 — and that’s exactly what he did in 2017.

Time will tell if he can continue to get closer to Joey Votto’s level of plate discipline, but at least maintaining this execution at the plate should be doable with a full year of Justin Upton protecting him in the lineup. He’s also at a unique time in his career where the wisdom from his past experiences will play a role in on-field results (4,065 big-league plate appearances entering 2018) while having the luxury of still being just 26 years old.

If there’s anyone that can keep this trend going, it’s Trout. Now we get to sit back and watch him work.