Can Yu Darvish Become The Greatest Ever Japanese Import? 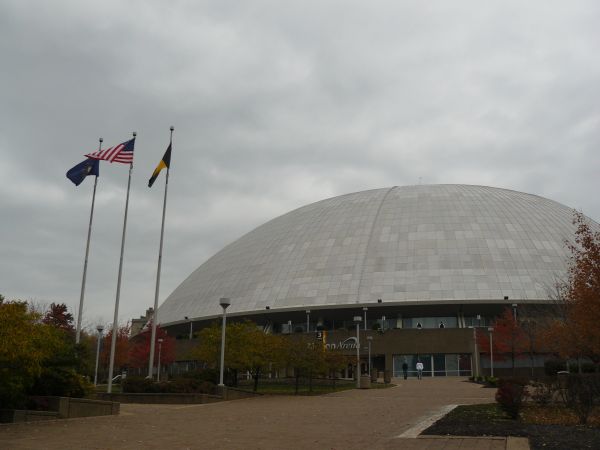 Major League Baseball has had some extremely talented imports from East Asia over the years.

Masanori Murakami was the first to feature as part of an exchange in the mid-1960s and, since then (albeit with decades in between), there have been more and more players from Japan who have graced the diamonds of the USA. As the sport continues to grow and produce high-level athletes in the NPB, we see less of a gulf in the respective talent pools and more sharing of talent – along with the huge price tags, of course.

Though Murakami was the pioneer, it was 30 years until the influx started to pick up pace. In the 1990s, Hideo Nomo set the stall out for the real start of movement between the two and, since then, there have been new Japanese faces in Major League Baseball year on year. Although, as it happens, 2015 is the first year since then that no newcomer from the nation has joined the league. The numbers are still small but quality is high.

The Land of the Rising Sun has offered up 60 players to varying American teams in the last two decades, largely concentrated as pitchers. Currently in form Texas Rangers starting pitcher Yu Darvish has a lot of gas left in the tank which could lead him to be one of the most successful Japanese imports, but who is he chasing and why should we be watching him?

Yu Darvish – the story so far

Darvish made the move to America in 2012 after being widely heralded as the best pitcher in Japan, despite falling just short for the Sawamura Award in his final year. The man that usurped him, Masahiro Tanaka, modestly noted, “I only had better numbers. As a pitcher, I’m nowhere near his calibre.”

He didn’t get his hands on the trophy, but he had done enough to secure a $60 million contract in America.

Since then, Darvish has shown just how clinical he can be, including a second place for the vaunted Cy Young award with 277 strikeouts, and reaching the 500 strikeout mark in record time. Some pundits have suggested that his strikeout rate could be a cause for concern, though the Osaka-born player has shown no signs of slowing down. He’s hoping his rocket right arm will hold up to try and push the Rangers forward and propel them back into contention after a disappointing 53-87 season last time out.

This leaves them long outsiders for the 2015 World Series, although a few inspired performances could help them claw back some of their reputation.

With only a handful of Major League seasons to his credit but more than a handful of stunning performances, will the coming years separate Darvish from his countrymen who are and have plied their trade on US Soil?

A true legend of the game, Ichiro Suzuki brings more tools to the table and an exemplary record at the plate. He is somewhat of a rarity as most of those that have swapped the NPB for the bigs have been primarily pitchers. However, Suzuki has always shone. After finishing his career in Japan in 2000, by 2001 he had already won AL MVP and Rookie of the Year for the Seattle Mariners.

His list of records, firsts and accolades is extensive, including being the youngest player to amass 3,000 Major League hits, and being the All-Star Game MVP in 2007. Darvish has some ground to make up on this veteran of over twenty years.

A frontrunner in many different respects, Nomo paved the way for the likes of Darvish to follow many years later. After heading to Los Angeles in 1995, Nomo went on to pick up NL Rookie of the Year in his first season. He is miles ahead of any of his compatriots in terms of MLB wins – his stats speak for themselves. Darvish may well surpass his achievements, but without that target on his back many wouldn’t even be there.

One of the only other majorly successful hitters from Japan to make an impact in America, Matsui had ten great years under the Major League banner after ten massively successful years (and 1,250 consecutive games) back home. In his seven seasons at the New York Yankees, the Ishikawa man became known as a home run machine, topping things off with a Most Valuable Player Award in the World Series, making him the first Japanese player to do so.

Though he did not spend as many years in America as some of the others, Kuroda did impress in his spells with the LA Dodgers and the New York Yankees from 2008 to 2014. He quickly amassed a huge number of starts, innings and wins. A career ERA of 3.40 is excellent on paper, and his 3.45 average in the Majors is nothing to be scoffed at. Not as flamboyant or outwardly exciting as some of the above, his great work was done quietly and effectively.

These are just a few of the most revered Japanese imports who have made a significant impact in Major League Baseball. Far from seeing them as competition, there’s no doubt Yu Darvish will look up to them for inspiration as he continues to wow the crowds and bamboozle the batters with his dazzling array of pitches.

He’ll be well aware of the esteem his peers are held in throughout both Japan and America for their contributions to the game. If he can emulate even part of that then he’ll be remembered as one of the greatest. Can he be the greatest though? The most memorable, the most innovative? There’s a few years left and much more dues to pay before we can find that out for certain.

CBS Sports uses statistics to draw up a leaderboard for Japanese players in the Major Leagues, and while the data can tell you so much, you would also have many opposing fans using much more subtle and subjective reasons for vehemently disagreeing with them. There’s one thing for sure, though, Darvish is the latest in a long list of talented players who have helped to bring drama and intensity to the US game, whilst simultaneously helping to raise the bar in Japan.