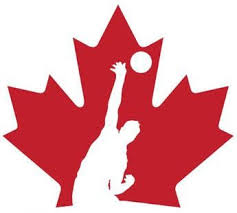 There actually are two components to Canadian men’s college volleyball – the CIS, or Canadian Interuniversity Sports for universities or large schools, and the CCAA, or the Canadian College Athletic Association, which represents colleges and small schools. Each division is a separate, distinct entity with its own championship tournament. CIS currently numbers 34 men’s volleyball programs while the CCAA has 51 programs.

5. RSEQ or RESEAU DU SPORT ETUDIANT QUEBEC – CCAA, which has five programs: Cegep de L’Outaouais, Cegep de Limoilou, Cegep de Saint-Jean, Cegep de Saint-Jérôme, and Cegep de Sherbrooke. And, yes, “cegep” translates roughly as “college” into English although there is much more than that to the term in the French-Canadian dialect.

Well, there’s our five conferences of the CCAA, complete with the members who sponsor men’s volleyball. And here’s the CCAA Poll for November 8, 2016.

CIS or Canadian interuniversity Sport, Men’s Volleyball has also ramped up and is fully active now. CIS is the sports organization that represents universities and larger schools in Canada and is the national governing body of university sport in Canada. CIS is roughly equivalent to Division I NCAA athletics in the USA and controls all 34 of the university level men’s Volleyball programs in Canada.

Now we’ll look at the CIS and its 34 men’s volleyball programs, which are divided into four conferences.

1. AUS or ATLANTIC UNIVERSITY SPORTS, which consists of three programs: Dalhousie University, Memorial University, and the University of New Brunswick.

Well, there’s our four conferences of the CIS, complete with the members who sponsor men’s volleyball. And here’s the CIS Poll for November 8, 2016.