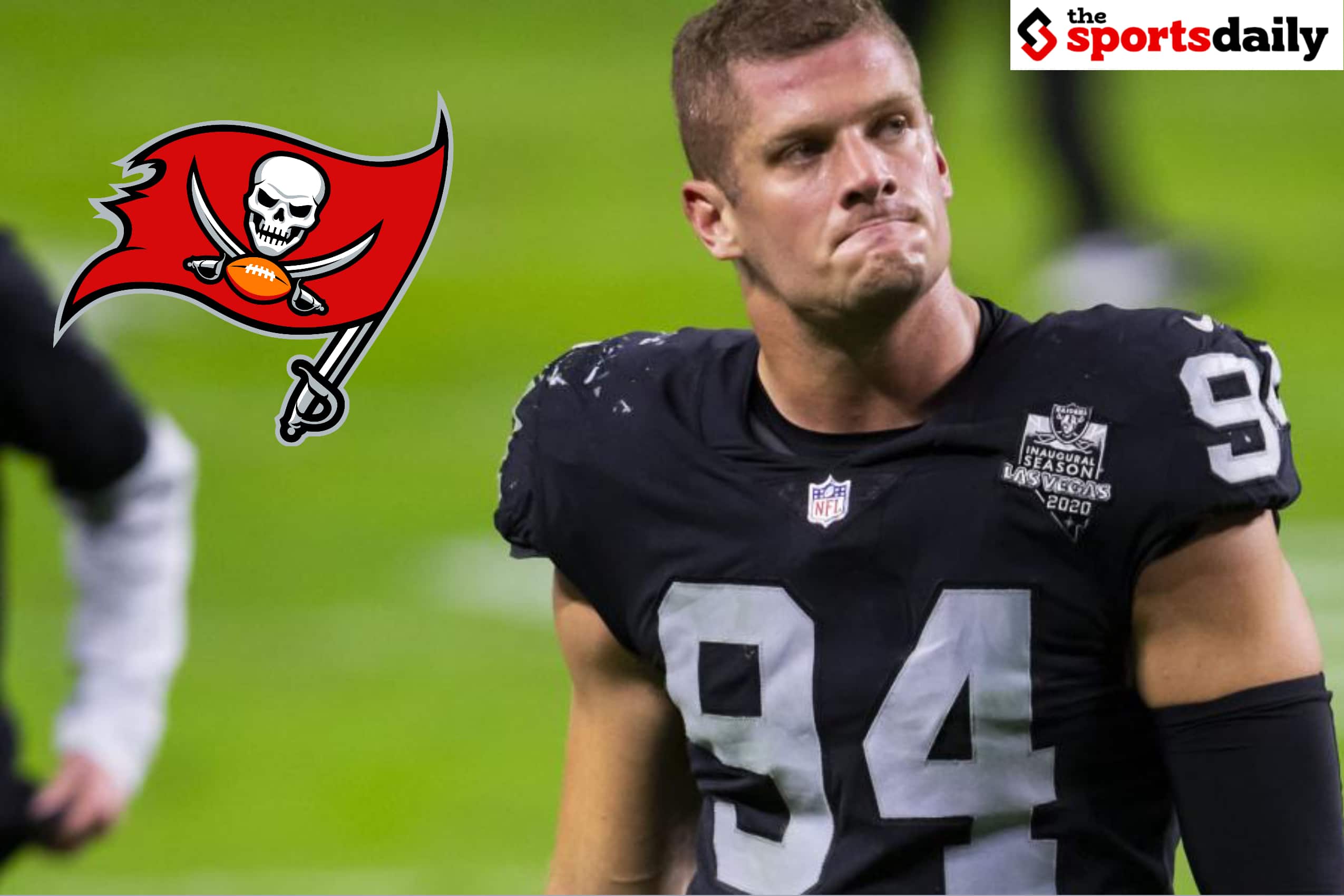 Veteran defensive end Carl Nassib is returning to Tampa having been released by the Raiders in March, and will sign a one-year deal.

The 29-year-old previously represented the Buccaneers in 2018 and 2019, where enjoyed a successful stint setting career highs in both sacks (6.5) and tackles for loss (12) in 2018, while appearing in 17 regular-season games throughout the two seasons spent in Florida.

During his two years in Las Vegas with his most recent side the Raiders, Nassib became the first openly gay player to feature in a NFL season game, which was widely commended by the football community and trail-blazed the way for others to follow suit in the future.

Murmurings over a somewhat homophobic culture across the NFL intensified since his release in March, with no clubs showing interest in acquiring his services until now. A reunion with Tampa is about as perfect a move as Nassib could have hoped for – not only is he familiar with the city and how the franchise works, but Head Coach Todd Bowles was Nassib’s defensive coordinator back in 2019.

While the talented pass rusher will have to make a serious push to make the final roster, his relationship with Bowles’ should have a helping hand in convincing him of his qualities. Despite this, after being forced out into a rotational role in his first year with the Raiders, he started 11 games in 2020, before not appearing at all in 2021 before his release; he’ll have to prove his worth on his return to Tampa.