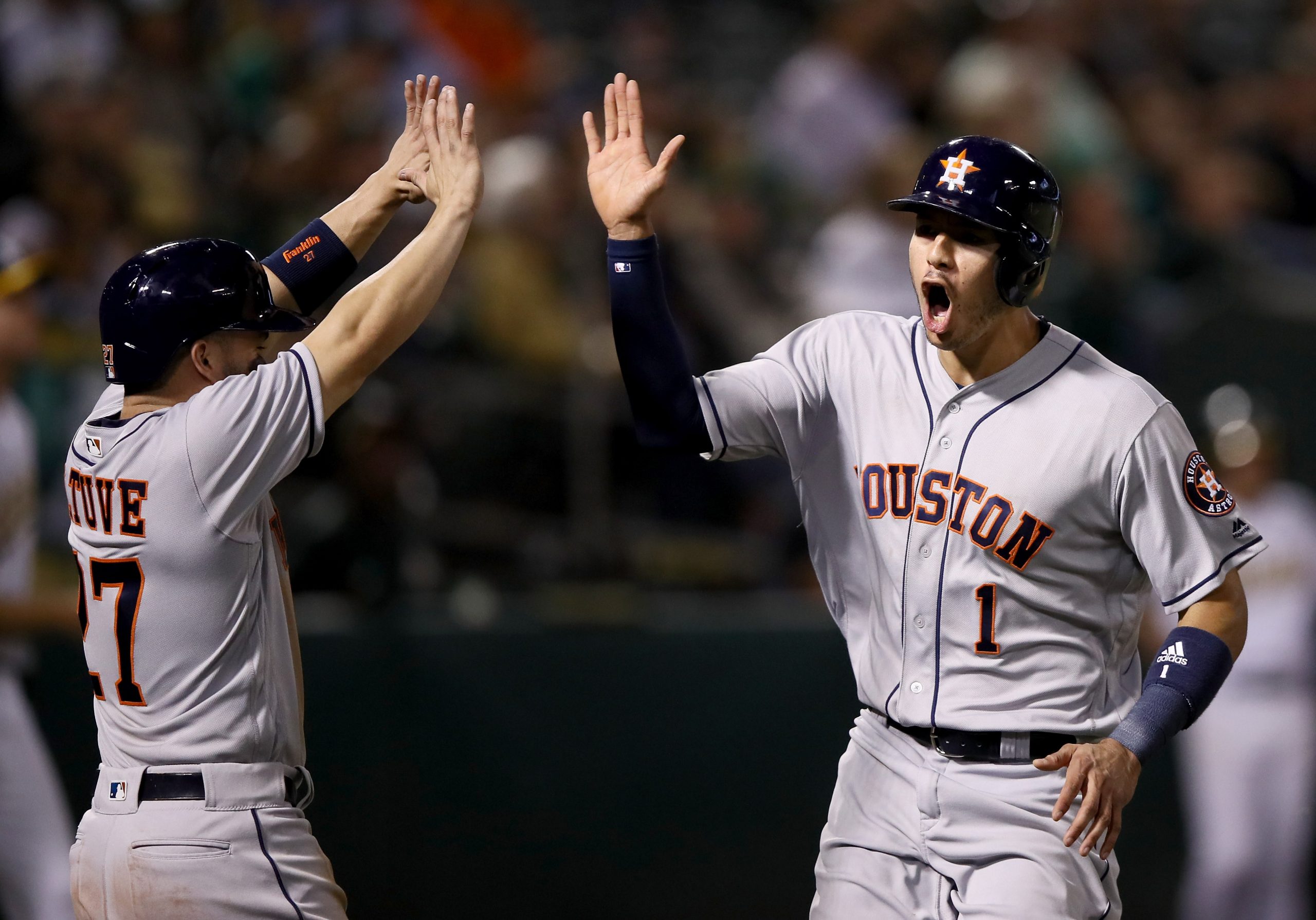 After ending their excruciating rebuilding process a year earlier than many expected with a playoff appearance in 2015, the Houston Astros were supposed to take another step forward in 2016, but it didn’t happen.

Jose Altuve put together an MVP-caliber performance, but Houston experienced regression from some of its young core and ultimately couldn’t overcome a 7-17 start. Their 4-15 record against the Texas Rangers didn’t help, either.

One of those young players who experienced a bumpy year was shortstop Carlos Correa.

Now, it’s tough to say a player who posted a 122 wRC+ and a 4.9 fWAR had a bad year, and Correa didn’t have a bad year – it just wasn’t what the organization was likely hoping for.

After an active offseason (which still may not be finished), expectations are high for the Astros to return to October. There are plenty of important offensive contributors on the roster, but Correa just may be the most important of all.

On the surface, getting a season in which your starting shortstop posts a .274/.361/.451 triple slash in 660 plate appearances is wonderful – especially when it’s accompanied with 20 home runs, 96 RBI and 76 runs scored.

The only problem with Correa’s 2016 performance was that it included a noticeable drop from the rate at which he produced as a rookie in 2015.

Part of this can be attributed to performing much worse against breaking pitches in 2016 than he did in 2015:

Even though a lot has been expected from him since making landfall in the big leagues, it’s easy to forget how young Correa is – 2017 will be his age-22 season. With 252 regular-season MLB games already under his belt, it’ll only help him continue to adjust to how opposing pitchers approach him on a daily basis.

Those adjustments can already been seen when comparing certain areas of his rookie and sophomore campaigns.

Here’s a look at where the shortstop improved with regard to pitches inside and outside the zone, and also where he could stand to get better:

So, his execution on balls inside the strike zone now just needs to catch up to his approach. His general ineffectiveness on breaking pitches probably had something to do with this, as nobody wants to see their swing rate hold steady while their contact rate decreases.

Pointing out a hitter’s home/road splits is normally reserved for when they’re playing half their games at a park that generates a bunch of offense. However, Correa’s splits from his first two seasons are worth discussing — along with something to be optimistic about in 2017.

As a rookie, he was clearly more comfortable hitting at home than he was on the road:

While ESPN Park Factors rated Minute Maid Park as one of the league’s worst stadiums for run production in 2015, they were within the top 10 with regard to homers.

Instead of continuing this trend last year, Correa regressed mightily at home:

Minute Maid Park actually got worse for offense between 2015 and 2016, ranking dead last in runs, per ESPN Park Factors, and comfortably being in the bottom half with regard to homers and hits.

Who is Correa at the plate in front of the home crowd and who is he on the road? Thanks to a couple of very different performances, we’re not really sure.

However, the Astros removing Tal’s Hill from center field should have some kind of positive impact on offense this upcoming season, which should be monitored.

As a rookie, 343 of Correa’s 432 plate appearances came in the three-hole. He only spent 271 of his 660 plate appearances during 2016 there because he spent virtually the rest of his time as the team’s cleanup hitter.

That’s a lot to ask of a 21-year-old shortstop still establishing himself in the big leagues. After Houston used this winter to upgrade the offense, that will no longer be the case.

According to Roster Resource, Correa should slide back into his customary three-hole thanks to this projected lineup:

While Correa is obviously a crucial contributor — pretty much all three-hole hitters are — he won’t necessarily be expected to put this group on his back and carry them for an extended period of time. He can now just focus on sustaining his increased hard-hit rate from last year (32.9% in ’15, 37.2% in ’16) and turn it into increased production.

The 2016 season didn’t go the way many likely hoped it would for Correa, but amongst the concerns, there were some positives to be taken from it that could signal a big 2017 campaign.

Like many young hitters, he needs to improve against breaking balls and be a little more consistent overall, but he has a solid base because of his improving plate discipline and hard-hit rate. And although he didn’t switch teams this offseason, he has a much different lineup around him, a potentially much different park to hit in and another year of knowledge to draw from.

The entire lineup must be productive to experience success, but Correa is the link between the table-setters at the top and the mashers that come after him. He has to take a step forward so Houston can attempt to do the same.