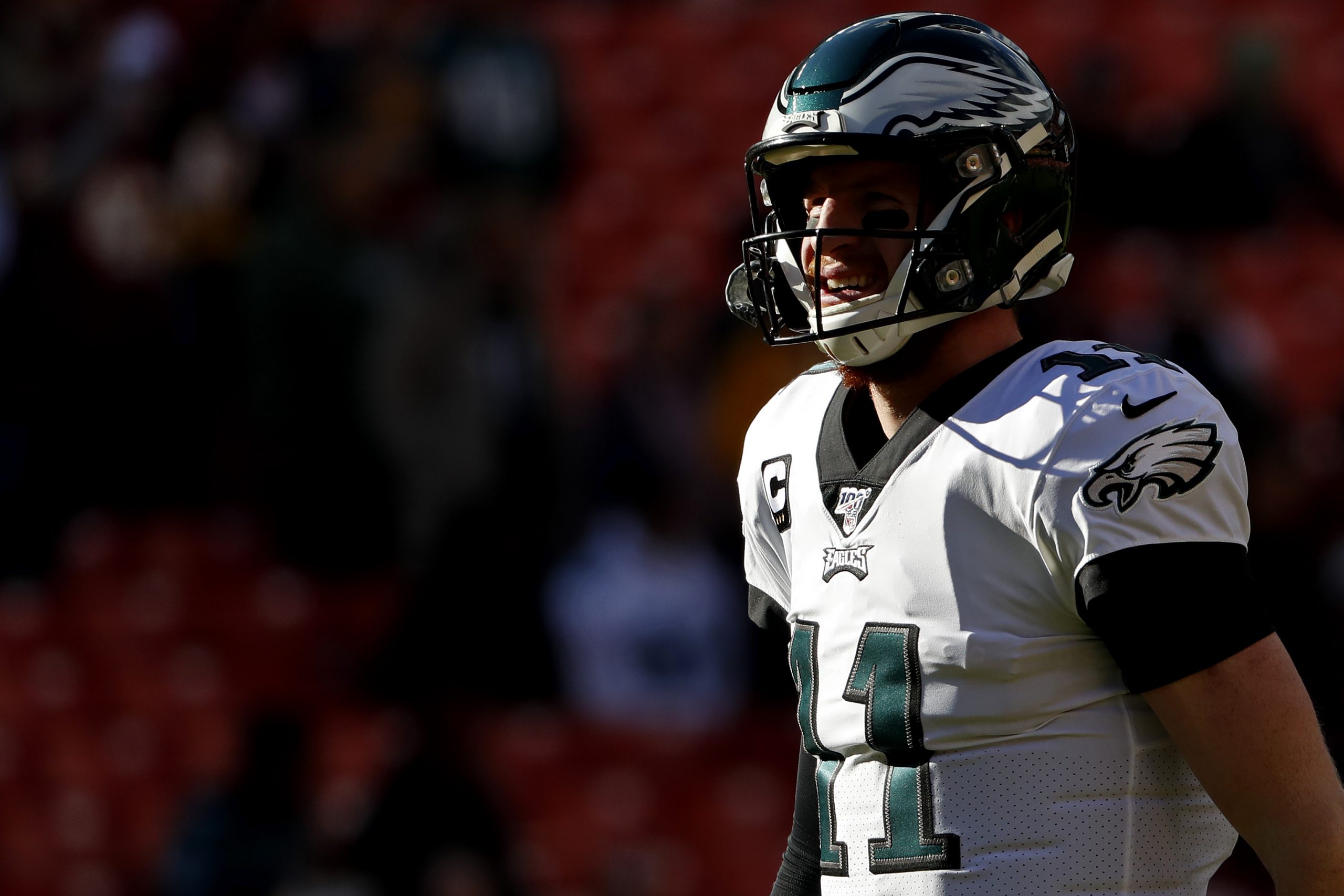 On Thursday, the Indianapolis Colts struck a trade with the Philadelphia Eagles for quarterback Carson Wentz.

Philadelphia has agreed to trade Carson Wentz to the Indianapolis Colts in exchange for a 2021 third-round pick and a conditional 2022 second-round pick that could turn into a first, league sources tell @mortreport and me.

Indy isn’t a team to shy away from making a deal to bring in a “right now” player- they struck gold last year when they traded with the 49ers for defensive lineman DeForest Buckner, who was named to the NFL’s First Team All-Pro.

When Philip Rivers announced his retirement earlier this year, the Wentz to the Colts rumors really took off, and it made too much sense not to happen. Colts head coach Frank Reich was the offensive coordinator in Philly when Wentz had an MVP-type season, tossing 33 touchdown passes to only seven interceptions as the Eagles went on to win the Super Bowl.

Wentz didn’t play though, after tearing his ACL in Week 14.  Philly at the time was 10-2 when Wentz suffered the injury.

The next season, Frank Reich took off to Indy to become the head coach, while Wentz had an up and down three years.  2018 ended with Wentz hurt once again.  2019 saw a revival for Wentz, who took a depleted roster and led Philly to an NFC East crown, only to get knocked out in a Wild Card loss to Seattle.

Then the 2020 NFL Draft came, and Philly dropped a bombshell and took Oklahoma QB Jalen Hurts in the second round, and from that point on, it was downhill for Wentz, who looked shaken by the pick.

Granted, Wentz had another depleted roster and questionable coaching calls, but Wentz himself just never seemed comfortable.  Where he failed, Hurts succeeded, and that was all she wrote.  Wentz didn’t even dress for the season finale against Washington.

But now, Wentz is a Colt, and that’s a good thing.  Honestly, it’s a home run for Indy.  Wentz can ball, and now he’s got Frank Reich there to protect him.  He won’t have to look over his shoulder or anything, but instead, he inherits a playoff team that appears ready to take the next step, and challenge the top teams in the AFC.

Trading for Carson Wentz wasn’t an unexpected move, there were actually a lot of people that made that prediction based off common sense, and it happened.  Now we await the payoff of the trade next season.  For Wentz, it’s a chance to show an Eagles franchise that basically lost faith in the same quarterback they traded a plethora of draft picks to acquire in 2016.

For Wentz, it’s a chance to just play football again.