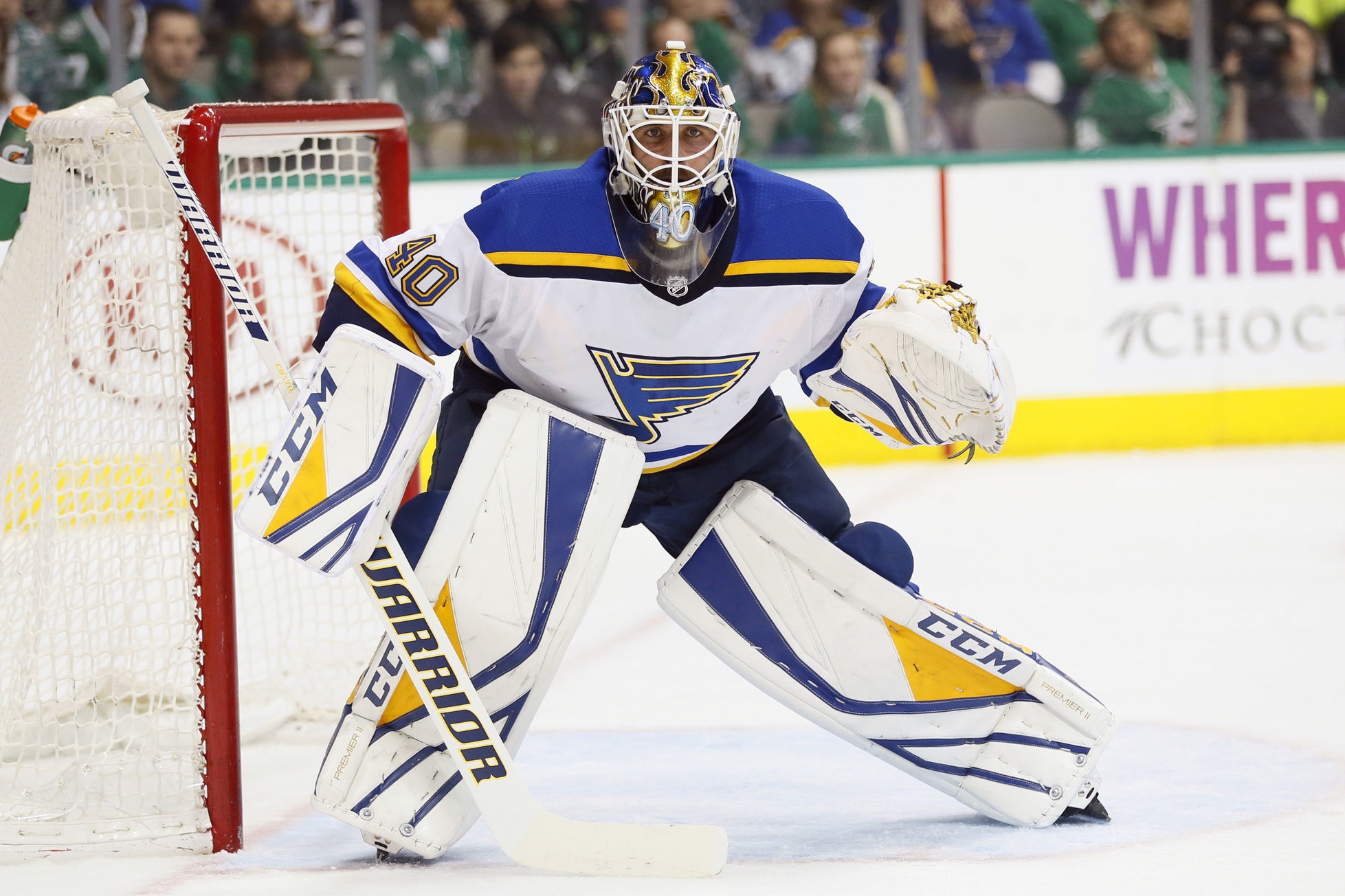 The St. Louis Blues may need to find a new goalie to partner with Jake Allen in 2018-19. Unrestricted free agent Carter Hutton is planning to explore free agency, leaving the Blues with some uncertainty between the pipes.

As seen on STLToday, Blues GM Doug Armstrong acknowledged that though he’d love to have Hutton back in the mix, he’s aware that Hutton wants to gauge what else is out there.

“Yeah, I don’t blame him. We’ve had conversations. He understands that we’d like him to come back. I also understand that he had his career-best year at the proper time for him as an unrestricted free agent.

He wants to maximize that and I certainly respect that. At the end of the day, he’s a businessman that has to do what’s best for his family.”

At 32, Hutton should be able to find a decent contract after being among the NHL’s best in both save percentage (.931) and GAA (2.09) in 2017-18. Several teams are looking for some help in goal and may want to look in Hutton’s direction if they feel he can be a true starter. Regardless of whether or not a team believes he can be the first option in net, Hutton should have absolutely no issue receiving a significant raise over his $1.125 million contract from this past year.

It may all come down to term. The Blues won’t want to give Hutton too many years (one year is the most likely scenario), while other teams may be willing to commit to something a bit longer.

That doesn’t mean talks are dead in the water, but it may mean that it’s time to start planning for a future without Hutton. That’s a worrisome scenario after a 2017-18 season that saw Allen struggle to cement his spot as the reliable number one. Time may be running out for Allen to prove that he’s capable of handling that role, and now he may not have an option quite as strong as Hutton who can help pick up the load.