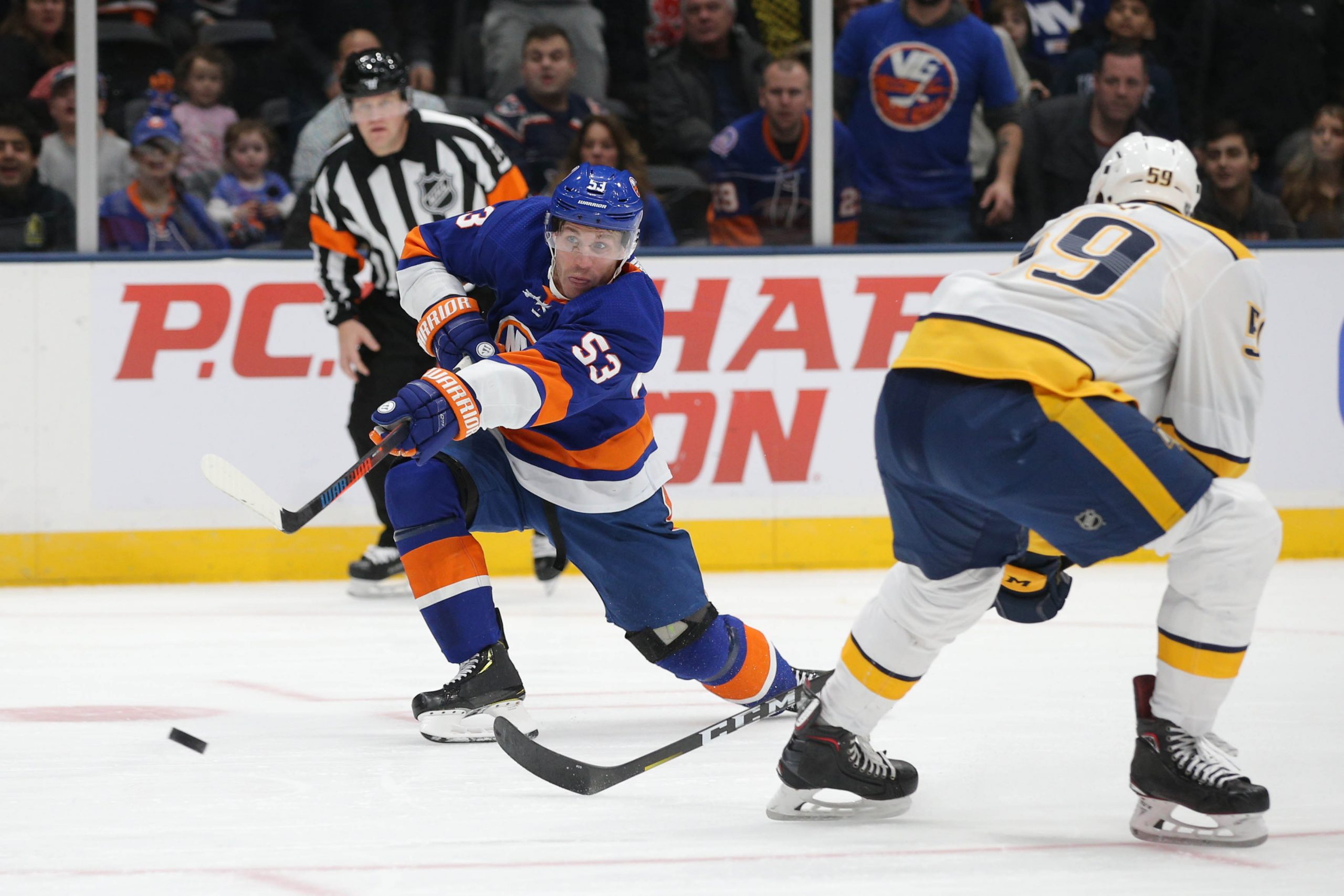 With the first pick of the fourth round of the 2009 NHL Entry Draft, the New York Islanders drafted Casey Cizikas, a player who has since become the glue that keeps the Islanders bottom six forwards together. Ten years after being drafted, Cizikas is staying true to his playing style by grinding out important minutes, both at even strength and on the penalty kill.

Cizikas has tallied just nine points this season (five goals and four assists), but four of those points have come while shorthanded. The Islander forward scored on the penalty kill on Tuesday in the Islanders’ 8-3 loss to the Nashville Predators.

His ability to kill penalties makes him a valuable commodity for any team, but allows him to thrive in a larger role in a defensive system outlined by Barry Trotz. The Islanders kill off 80 percent of their penalties, and Cizikas is a large reason why.

Another huge aspect of Cizikas’s game that goes largely under appreciated is his ability to win face-offs. Currently Cizikas is one of the better players to have in the face-off circle in the NHL. His 56.5 percent face-off percentage contributes heavily to key defensive zone draws at critical junctures in the game.

😍 That shorty was a BEAUTY! 😍 pic.twitter.com/VJ1RZ2lQxB

His ability to win face-offs and kill penalties at such a high clip has enabled Cizikas to possess a plus-6 rating this season.

Cizikas may only average 14 minutes per game, and what he does in those minutes may not always show up on the score sheet. Yet, Cizikas has been a rock for the Islanders all season and contributes in his role every game, doing all the little things that need to be done well in order to be victorious. His 26 blocked shots rank second on the Islanders amongst forwards, and his 82 hits rank third on the team as well.

Although he will never be the most noticeable player on the Islanders, Cizikas may be one of the most integral parts of a team that continues to overachieve under head coach Barry Trotz.