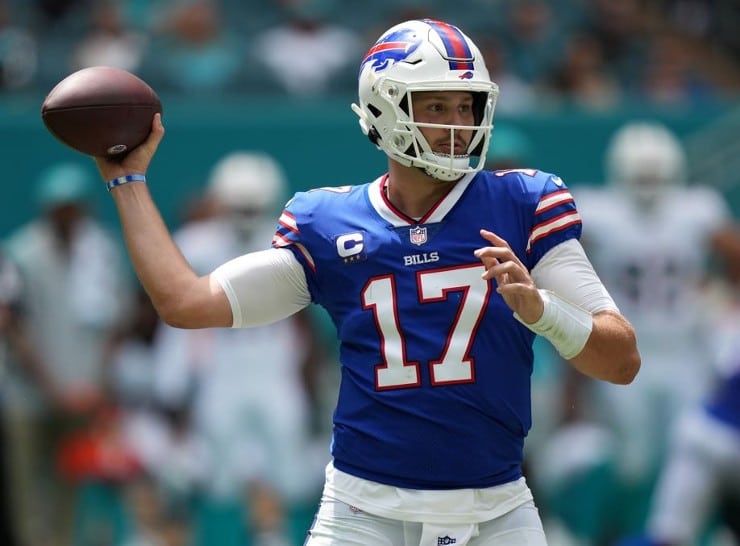 On Tuesday, football analyst Josh Breech discussed his Week 3 picks with Tommy Tran of CBS HQ. Continue reading to learn his case behind each pick.

For Week 3 of the 2022 NFL season, the CBS Sports football analyst Josh Breech released his best bets for these three matchups: Steelers vs. Browns at 8:15 p.m. ET for Thursday Night Football, Packers vs. Buccaneers at 4:25 p.m. ET, and Bills vs. Dolphins at 1 p.m. ET.

Steelers vs. Browns – Steelers +4.5 at Bovada

So, for Breech’s first NFL Week 3 pick, he’s picking the Steelers to cover the spread at FirstEnergy Stadium. “This Steelers team has only scored two offensive touchdowns this year, but I actually think they will be able to move the ball a little bit on Thursday night because the Browns are banged up,” explained Breech.

Bet On Steelers +4.5 at Bovada

Next, the CBS Sports analyst is picking the Buccaneers to beat the Packers. “Aaron Rodgers hates Florida,” says Breech. “If you’ve ever seen him play there, it is an absolute disaster. We saw him there last year against the Saints, they played Jacksonville; they lost 38-3. He is 3-5 all time in Florida.”

The NFL writer also went on to say that he doesn’t feel comfortable trusting Rodgers with his young receivers just yet. The Buccaneers are dealing with various injuries to their receiving crops, such as Julio Jones and Chris Godwin. Plus, Mike Evans was issued a one-game suspension for fighting with Saints CB Marshon Lattimore.

Though, the Bucs have one of the best defenses in the league. And veteran WR Cole Beasley is now a wild card factor. How much will he help Tampa? That’s the ultimate question. Whether it’s cold weather or warm conditions, it just doesn’t matter. The Packers struggle to beat playoff contenders. They’re 2-8 SU in their last 10 road games against the Bucs.

Bet On Buccaneers -1.5 at Bovada

Bills vs. Dolphins – Bills -6 at Bovada

Last but not least, the CBS Sports analyst is sticking with the Bills to defeat the Dolphins. “This is the only game this week that’s giving us two undefeated teams,” says Breech. “If there’s one team the Dolphins haven’t been able to figure out, it is the Buffalo Bills. With Josh Allen, the Bills have won seven straight games against the Dolphins.”

Keep in mind, this game is being played at Hard Rock Stadium. The Dolphins are 10-1 SU in their previous 11 contests, and they’re 7-0 SU in their last seven games played at home. The CBS Sports betting expert is trusting Josh Allen in this one.

While the Bills are an excellent road team — evident by blowing out the defending Super Bowl LVI champs — divisional rivals can be difficult to beat. More NFL Week 3 picks are on the main page.