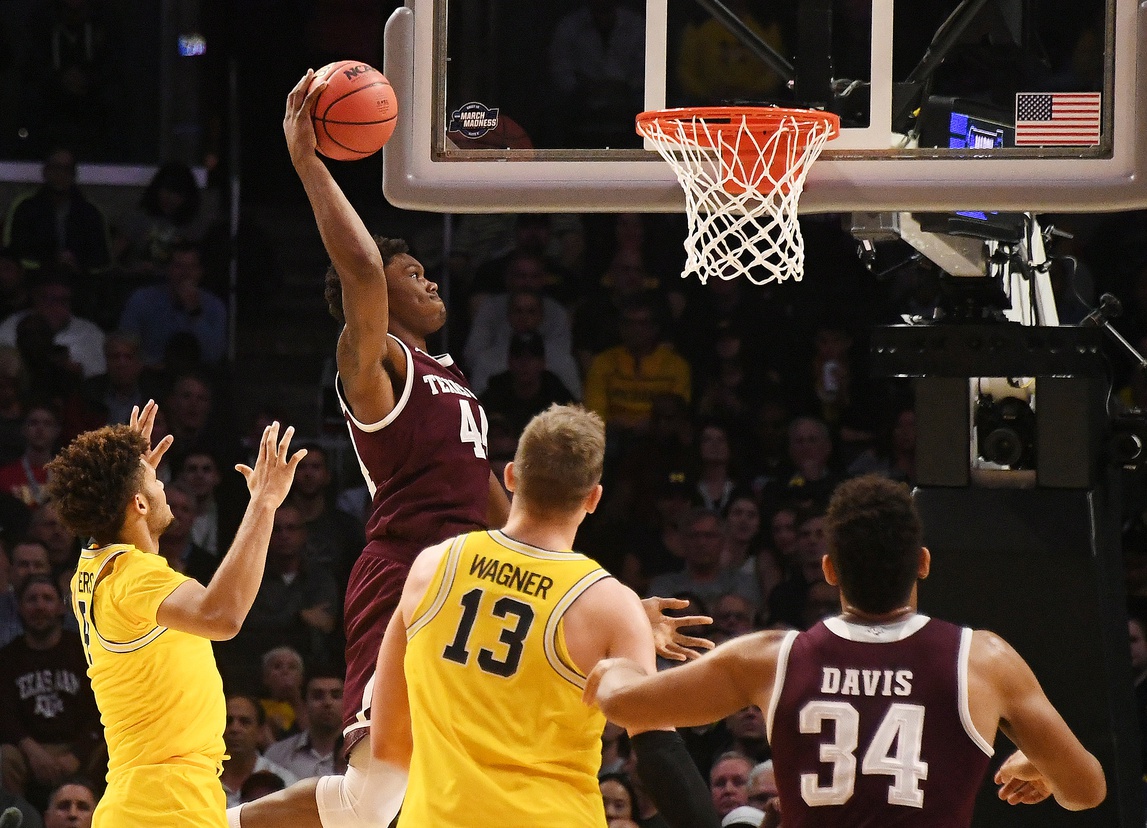 The Celtics might have just nabbed the next DeAndre Jordan or Clint Capela.

Here’s a rundown of his strengths (via NBA Draft.net):

Possesses really nice combination of size and athleticism … His huge (near 7’6) wingspan allows him to block shots and play bigger than his 6’9 height … 240 pound frame prevents him from being bullied around the rim … Moves very well for his size, both with and without the ball … Does a good job of anticipating where missed shots will go and is very good and getting position inside … Rebounds the ball high in the air, doesn’t just let the ball come to him … High rebounding rate on both ends of the court (12% offensive rebound rate, 23.7 defensive rebound rate for his career) … Rebounds with two hands and grabs boards both inside and outside of his area … High level shot blocker, uses anticipation, length and vertical to deny shots near the rim … Has worked to develop an offensive repertoire both facing up and on the low block … Can use his explosive leaping ability to finish strong around the rim and has the strength to power through contact…

Williams does have his warts. There are attitude questions and outside of dunking, his offensive game is non-existent.

But on a team loaded with shooters, Williams sounds like a guy who fills a mighty void.

Draft night isn’t over and many are already projecting Williams to be the steal of the draft!

Danny Ainge does it again. The rich get richer, as the Celtics add the #12 player in the ESPN 100 all the way down at #27. Concerns about his off-court habits, and some question marks about his knee, sunk Robert Williams' stock, but this might end up being the steal of the draft.

And it appears Kyrie Irving may have had some influence on this pick:

The earth is flat…