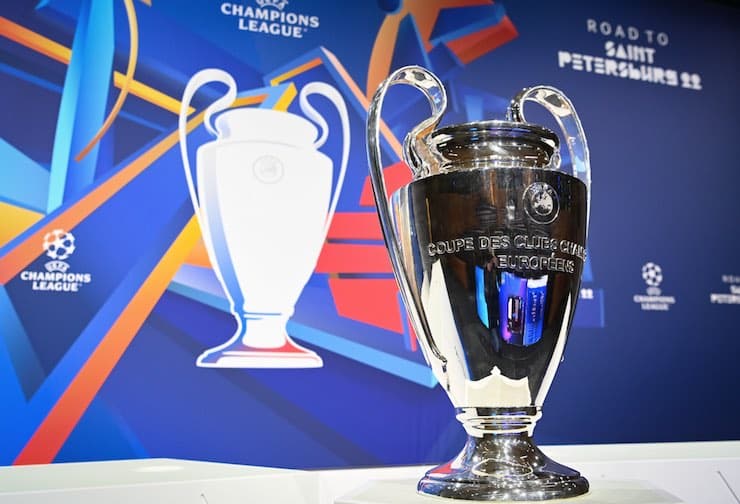 The Match officials have been announced with familiar faces on the pitch. István Kovács makes his fifth appearance this season and will be the match referee for Man City for the third time this campaign. Meanwhile, Szymon Marciniak will meet Liverpool for the third time as the Mighty Reds take on Villarreal.

Read on for a complete breakdown of the Champions League Semi-Finals match officials, betting trends, and referee stats.

While more than 30 states have legalized sports betting in the US, soccer fans can find better value at regulated offshore sportsbooks.

Check out the list below for the top online sportsbooks in the US and the soccer betting offers available for the Champions League Semifinals.

Soccer fans can catch every minute of the Champions League Semi-Finals starting with Man City taking on Real Madrid from CBS.

Check out the chart below to view the Champions League Semi-Finals match officials for Manchester City vs Real Madrid.

Next, we’ll take a look at the match officials for Liverpool vs Villareal.

Kovács is a Romanian referee that has made four appearances this season. He’s handed out 23 yellow cards across four matches including a staggering 12 yellow cards during Sevilla FC vs Lille OSC.

The Romanian has refereed Man City twice this year with a total of nine yellow cards given out across two games.

On the other hand, Marciniak will be making his eighth appearance this season as he refs Liverpool vs Villarreal. So far this season, Marciniak has handed out 25 yellow cards across seven games.

He has seen both Liverpool and Villarreal this season and has only handed out four yellow cards across three matches.

For a breakdown of each match referee’s stats, check out the chart below.

A few trends have been helping soccer fans earn a profit when betting on Champions League matches.

Below, we’ll go over some of the top betting trends for the Champions League Semi-Finals.

Check out the list below for the best soccer betting offers for the UEFA Champions League Semi-Finals.