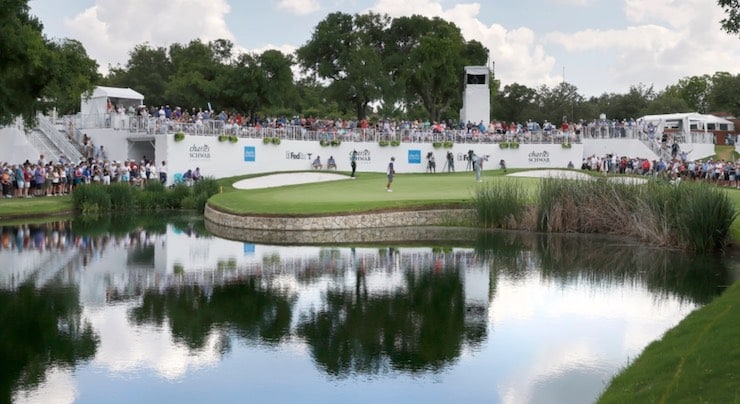 Despite being only one week removed from a major championship, the Charles Schwab Challenge field will be deep at Colonial Country Club this weekend. The 2022 PGA Champion, Justin Thomas will join a stacked field, including the No.1 player in the world Scottie Scheffler, and 2021 Charles Schwab runner-up Jordan Spieth.

The Colonial Country Club was created by Perry Maxwell, the same architect that designed Southern Hills, where the PGA Championship was played. There are many parallels between the two courses, which is one of the main reasons why Thomas, Spieth, and Scheffler are favored. However, the weather will also determine how tough the course will play this weekend.

Scroll down for the latest Charles Schwab Challenge odds, along with our expert golf picks, predictions, and best bets for the PGA Tour golf tournament this weekend.

The best golf betting sites are giving away free bets and PGA Tour betting offers for the 2022 Charles Schwab Challenge.

Check out our list of the best golf betting offers for Charles Schwab Challenge below.

PGA Tour fans can catch all of the action for the 2022 Charles Schwab Challenge on CBS and ESPN this weekend.

In 2021, Jason Kokrak emerged as the Charles Schwab Challenge winner and he will be back to defend his title once again this year.

To do so, he will have to get past Scottie Scheffler, the number 1 golfer in the world. Scheffler is the co-favorite to win the event in 2022, along with Jordan Speith and PGA Championship winner Justin Thomas.

Below, we’ll go over how to watch the 2022 Charles Schwab Challenge in the US.

The Charles Schwab Challenge field is deep in 2022, as several of the world’s top golfers are competing at Colonial this weekend.

Leading the charge, Scottie Scheffler, Justin Thomas, and Jordan Spieth all have +1200 odds to win the Charles Schwab Challenge in 2022. While Scheffler missed the cut at the PGA Championship, he is still the current No.1 player in the world with four PGA titles this year.

Meanwhile, 2022 PGA Championship winner Justin Thomas is in the conversation after winning his second major championship. Similar to Southern Hills, the Colonial Club was designed by the same architect Perry Maxwell, which could give Thomas an edge this week.

On the other hand, Jordan Spieth had the most disappointing appearance at the PGA Championship, finishing +4 at Southern Hills. Despite missing another opportunity to complete a career grand slam, he is still among the golfers with the best odds to win the Charles Schwab Challenge.

Similarly, Collin Morikawa looks to bounce back following a tough weekend at the PGA Championship, where he posted a T55 finish. Morikawa has +1600 odds to win the Charles Schwab Challenge this weekend.

Check out the chart below for a complete breakdown of the Charles Schwab Challenge 2022 odds from BetOnline.

The Colonial draws many parallels to the Southern Hills, where Justin Thomas recently emerged with his second major championship victory. While the two courses were designed by Perry Maxwell, there are a few key differences.

The property fares well with premier strikers and is a shorter venue for PGA Tour standards. Colonial has narrow fairways, tight tree-lined corridors, and dogled-shaped holes. While it has its similarities to Southern Hills, the difficulty of the Charles Schwab Challenge golf course will be influenced by the wind.

After winning at Southern Hills last week, there is no one on the tour with more confidence than Justin Thomas. He is fourth on the tour in Stroke Gained: Approach and one of the top-five golfers in par 4 holes. With seven par 4s at Colonial, Thomas will have another shot at winning a PGA title this weekend.

Click on the button below to claim your free golf bets at BetOnline.