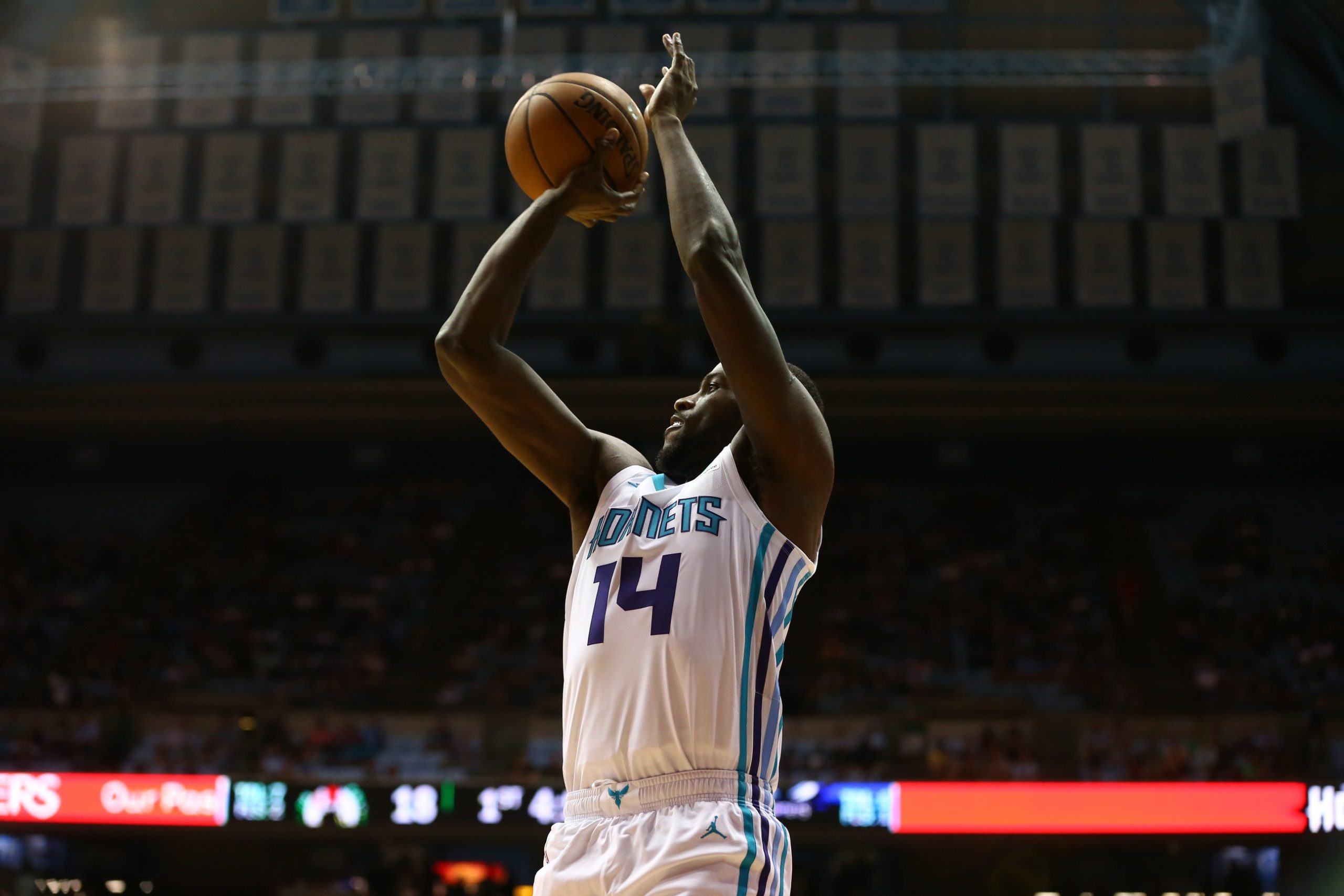 Michael Kidd-Gilchrist has started 162 consecutive regular season games, and 357 of 361 career games (including four postseason starts). However, MKG appears set to take on a reserve role here in 2018-19. His ability to adapt, as well as coach James Borrego’s ability to maximize his talents, should go a long way toward determining whether this squad reaches the playoffs or makes it three straight trips to the lottery.

Kidd-Gilchrist is a six-year veteran who just turned 25 years old. The former Kentucky Wildcat and second overall pick in the 2012 NBA Draft has been around the block so long that it’s easy to forget he’s still relatively young. Born in Philadelphia and raised in Somerdale, New Jersey, Kidd-Gilchrist was among the highest ranked high school players in his class. However, he hasn’t developed a reliable jumper, minimizing his lineup flexibility at the highest level of the sport.

Nevertheless, his shortcomings on his shot (7-of-36 from beyond the arc in his career) haven’t stopped him from becoming an effective player.

With that being said, MKG is coming off a career-low average of 4.1 rebounds per game. Moreover, he posted just two double-doubles in 74 games last year, compared to 11 (in 81 games) the year before and 12 (in only 55 games) during 2014-15. To add a little more perspective, consider that MKG managed two double-doubles in just seven games during 2015-16.

Yet somehow Kidd-Gilchrist’s statistical irrelevance didn’t stop him from making a positive impact on the team in 2017-18.

Even though MKG spent most of his minutes alongside Dwight Howard on a court that was more cramped for space than your average Joe’s basement on “Hoarders”, the Charlotte Hornets were a Minus-1.1 per 100 possessions with Mike on the bench and a Plus-1.7 with him on the court.

Williams and Zeller are projected to start at the 4 and 5, respectively, but Borrego would be wise to mix and match MKG into as many lineups with them as possible. Miles Bridges, who has star potential in my opinion, may eventually make a strong case for himself; still, at this point it’s safe to say Kidd-Gilchrist is by far Charlotte’s most versatile defender. This is a team lacking many stoppers capable of surviving both inside and out, which is perhaps the main reason it’s crucial Borrego figures out how to utilize MKG.

And so far so good in that regard. Kidd-Gilchrist double-doubled in the first preseason game Friday versus Celtics. MKG delivered 10 points (including six-for-six from the charity stripe) to go with 12 rebounds, two assists, one block and one steal in 22 minutes. Whether it was attacking Jaylen Brown from the top of key off the dribble for a finger roll, fighting for offensive rebounds, grabbing a defensive board and pushing the pace or simply moving  to the right spots and making the right passes, MKG’s fit in Borrego’s system was evident. Between Bridges and Kidd-Gilchrist, there will be plenty of posters as well, rest assured. Six years in, MKG remains spry, with quick hands and plus leaping ability.

Borrego’s free-flowing, uptempo offensive system should benefit MKG as much as anyone else on the roster. Unfortunately, he experienced concussion-like symptoms during Sunday’s preseason rematch against Boston. (Hopefully his health is steadily improving.)

Aside from Zeller and Williams, MKG should do well in reserve lineups next to Miles Bridges and perhaps even Frank Kaminsky or Willy Hernangomez, though MKG-Kaminsky was a very ineffective pairing last year. Regardless, Kidd-Gilchrist will need to find ways to impact the game on offense, as it’s unlikely he’ll spend much time as the diver in pick-and-rolls. MKG is big, strong and can slide his feet, but he’s not a great rim protector, at least not so great that he has tasted much success in limited run as a small-ball center. Maybe it’d be a different story if the Hornets had a plethora of wings who could help bolster a defense featuring MKG at the 5, but alas they don’t.

Can MKG affect the game as an off-ball screener, setting down screens, back screens, and everything else in between? Based on how poorly MKG fit next to Howard, it’s doubtful he’ll spend much time alongside Bismack Biyombo, who at first glance seems to be the worst fit for Borrego’s game-plan.

MKG will earn $13 million this season with a player option (for the same amount) in 2019-20. He was injured for all but a few games of the 2015-16 season, which is the last time the Hornets made the playoffs. While Charlotte nearly won 50 games that year and just as nearly reached round two, the Eastern Conference, even without King James ruling over it, is a lot better now. If the Hornets are going to exceed expectations and convince Kemba Walker to stick around long-term, a return to the playoffs is step one.

There are so many things that need to happen for the Hornets to succeed this season: Jeremy Lamb needs to keep making progress, Nic Batum and Williams need to bounce back from poor showings in 2017-18, Malik Monk will have to make a name for himself, Kemba will need to be Kemba, and Zeller will absolutely have to stay healthy.

But Michael Kidd-Gilchrist’s NBA career, as well as this era of Hornets basketball, could fizzle out sooner rather than later (or they could adapt and endure). In a league that seems to be rapidly evolving and (to an extent) molding most players into 3-and-D facsimiles of one another, MKG is one of the more unique talents left standing. Even if mediocrity is the best-case-scenario for these Hornets (and who’s to say that it is), who’s to say that’s not something worth striving for?