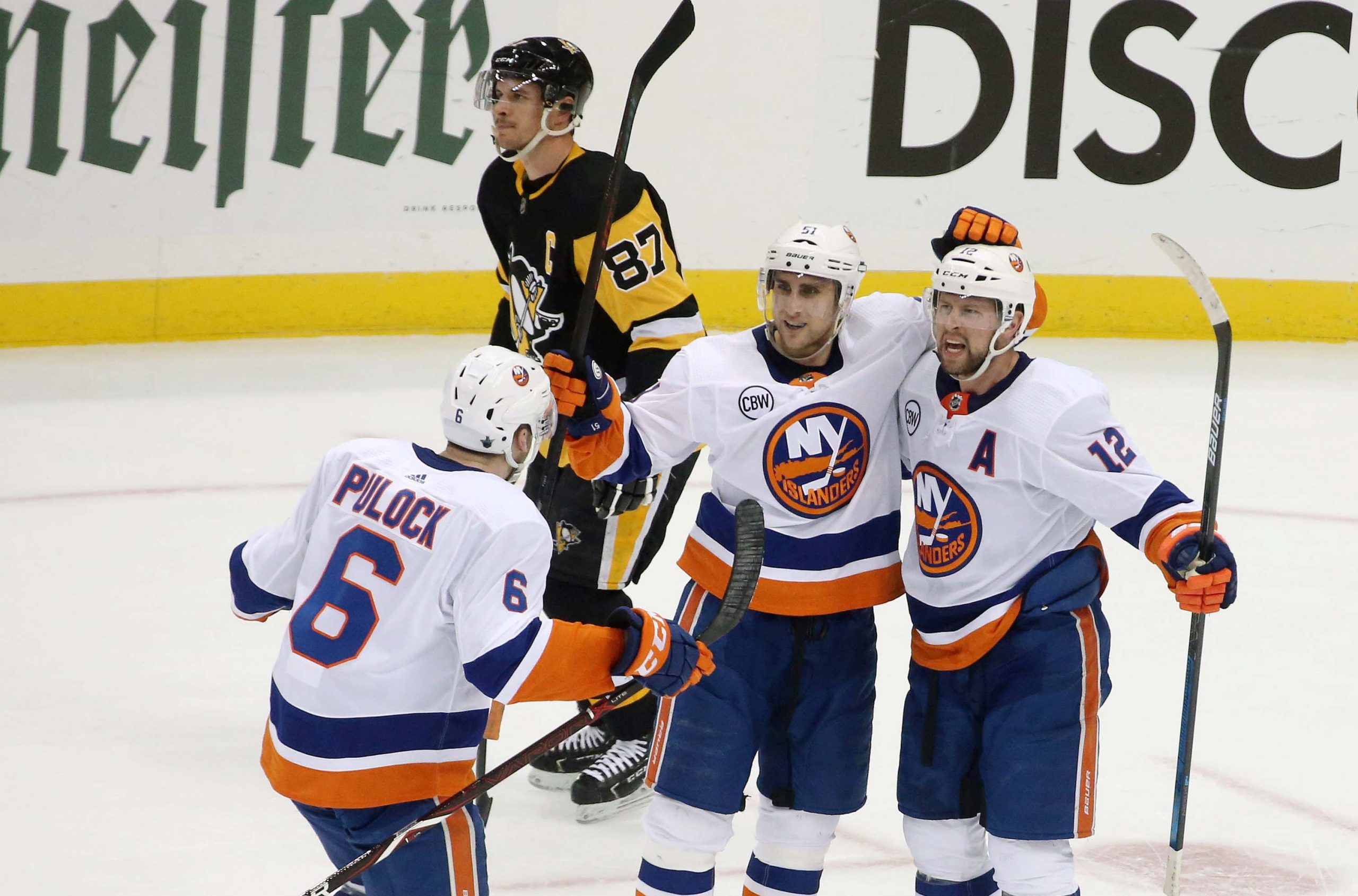 Break out the brooms.

The Islanders defeated the Pittsburgh Penguins 3-1 and swept their divisional rival, a feat the Isles haven’t accomplished since the 1983 Stanley Cup Final. Tuesday’s win was just the seventh time in franchise history that the Islanders swept an opponent in the postseason.

It was another strong defensive effort by the Islanders, who have frustrated the Penguins through most of the series. Robin Lehner made 32 saves and allowed just one goal for the third consecutive game, while Jordan Eberle, Brock Nelson and Josh Bailey once again played crucial roles in the victory.

“Just a group effort which you wouldn’t expect anything less for the Islanders,” coach Barry Trotz said about the win.

The Islanders will now play the winner of the Washington Capitals-Carolina Hurricanes series.

The series-clinching win extends the Islanders season another round and made an already miraculous season even more so with their win over the Penguins. Like they had been all season, the Islanders were not given much of a chance in the postseason, despite a 103 point season and a second place finish in the Metropolitan Division.

HOW SWEEP IT IS!

Chris King’s call of the final 10 seconds of the #Isles four-game sweep of the Penguins pic.twitter.com/qZiNFsGiVz

“We believe in ourselves,” Matt Martin said, according to NHL.com’s Brian Compton. “We pretty well just have our fanbase and our families and this group that believe in us. That’s all we need. We really don’t need anyone else’s validation.”

In a similar situation as Game 3, the Islanders found themselves in a hole in the first period. Jake Guentzel scored 35 seconds into the game to put the Penguins up early, 1-0.

However, just like last game, the Penguins led was short lived.

Eberle scored in his fourth consecutive playoff game to even the game at one. The game-tying tally came at 2:09 off a pass from Mathew Barzal on a two-on-one rush.

The Islanders captured their lead at the 18:09 mark of the first off a goal from Nelson. Bailey set up Nelson from behind the net to give the Islanders the 2-1 lead and Nelson his third goal of the playoffs.

It was Bailey at the 19:22 mark of the third off a defensive faceoff that sealed the win with an empty net goal.

“I think it feels good to get this series over with,” Bailey told reporters after the game. “We didn’t want to give them any breathing room whatsoever. We wanted to sniff that out as quick as possible and clinch it here today. We’ll enjoy this win tonight then a day off tomorrow, and then we’ll refocus.”

The extended time off while the Islanders wait for their second-round opponent appeared to come at a good time. Johnny Boychuk and Cal Clutterbuck did not finish Tuesday’s game after blocking shots during the second period.

Eberle also gave the Islanders a scare after blocking a shot, but he returned to finish the game.

“We’re going to manage it right,” Trotz said about the upcoming time off. “I guarantee we’re having tomorrow off, maybe two days, and then we’ll get back to work. Then we’ll try to get into a rhythm. This group always practices very well. We’ll be ready for our next opponent.