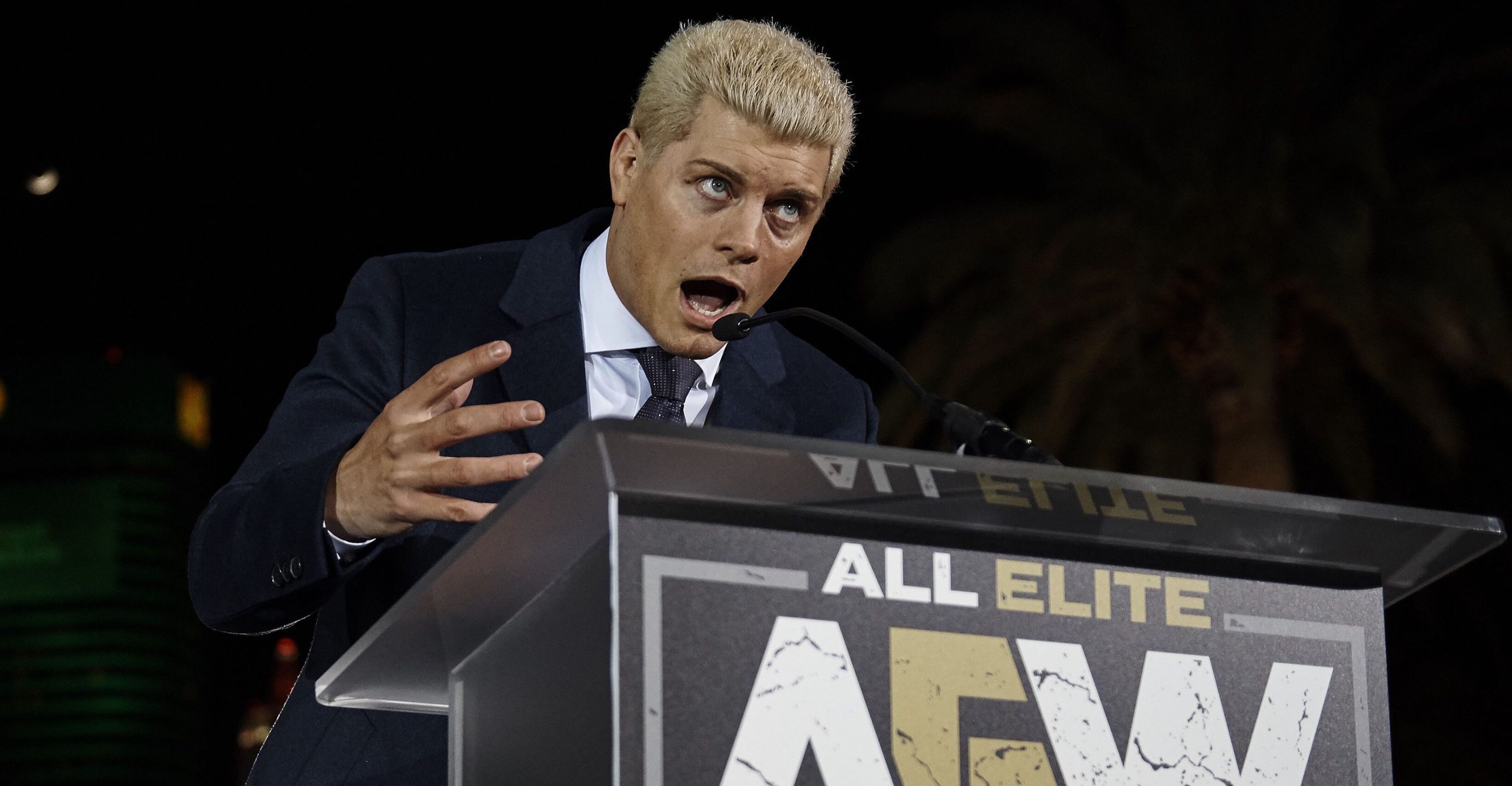 The company founded by Rhodes and The Young Bucks will premiere a brand new weekly TV series entitled Dynamite, which will air at 8pm EST every Wednesday night, on TNT. This new program marks the first time that the network has featured pro wrestling since the demise of WCW in 2000.

Rhodes’ message is one of gratitude, as well as high expectation. He spoke of learning under the guidance of WWE Superstar Randy Orton, WWE Hall of Famer Arn Anderson and company owner Vince McMahon. Cody also said that he’s a little nervous and that he knows “what’s on the other side of the hill” of AEW.

While it didn’t seem that AEW considered itself to be competition to WWE in the beginning, all signs clearly point to a new narrative coming from the company. That’s especially true now, as WWE’s NXT brand has been moved to the USA Network in the same Wednesday night time-slot as AEW Dynamite.

AEW is also rumored to be developing a new studio show to accompany Dynamite on TNT. It’s unknown whether or not this companion program will debut with the new show on October 2, or if the two will premiere separately.

Cody will face Sammy Guevara on the first episode of Dynamite, which will take place in Washington, D.C. Cody also has an AEW World Championship match against Chris Jericho, which is set for the Full Gear event on Saturday, November 9. Even though that title match is already booked, Rhodes has said that it may be in jeopardy if he doesn’t defeat Guevara on October 2.