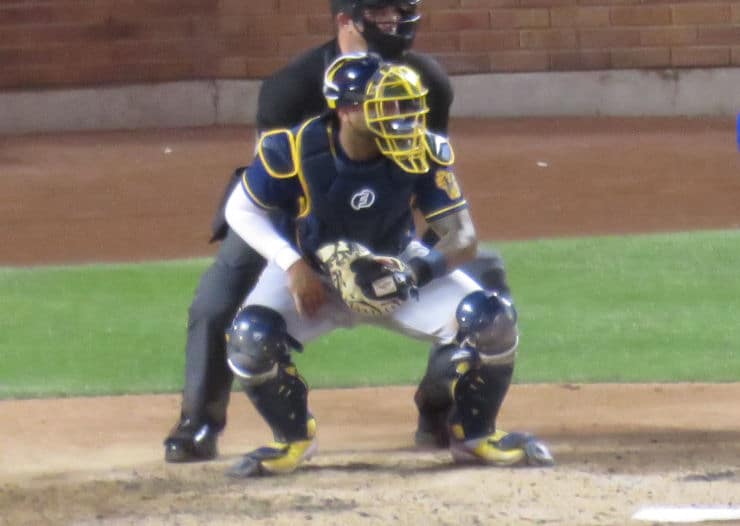 I don’t know which saying is more apt here. Is it “you can’t have too much of a good thing?” Or is it “If you have nine catchers, you really have none?” The Mets signing of Omar Narvaez is probably somewhere in the middle.

The Mets are in agreement with catcher Omar Narváez on a one-year contract with a 2024 option, a source confirms.

Add another catcher to a mix that currently includes James McCann, Tomás Nido and the No. 1 prospect in baseball, Francisco Álvarez.

Speaking of McCann, let’s state the obvious about the Mets having four catchers, as noted in the tweet above. Let’s leave Alvarez out of thsi equation because nobody would be surprised if he was only a part time catcher, filling in the rest of his time at DH if he is indeed the chosen one. That leaves Narvaez with McCann and Tomas Nido. McCann seems to be the odd man out, as we all thought even without Narvaez. Now with Omar in the mix, you have to think that Billy Eppler has a deal in his pocket for McCann. There are more teams that need catchers than there are catchers available in trade. The Braves may peddle Travis d’Arnaud now that they have Sean Murphy. But beyond that? James McCann might really look like LoDuca for some of these teams that are desperate. So perhaps McCann’s professional value might actually be higher than a warm glass of milk at this point. The Mets could also trade Nido, but how much higher would his value be than McCann to justify making him the odd man out?

The other half of the pair of shoes, I gather, is close to dropping. (I know this to be true because I see Luis Castillo calling for it in the distance.)