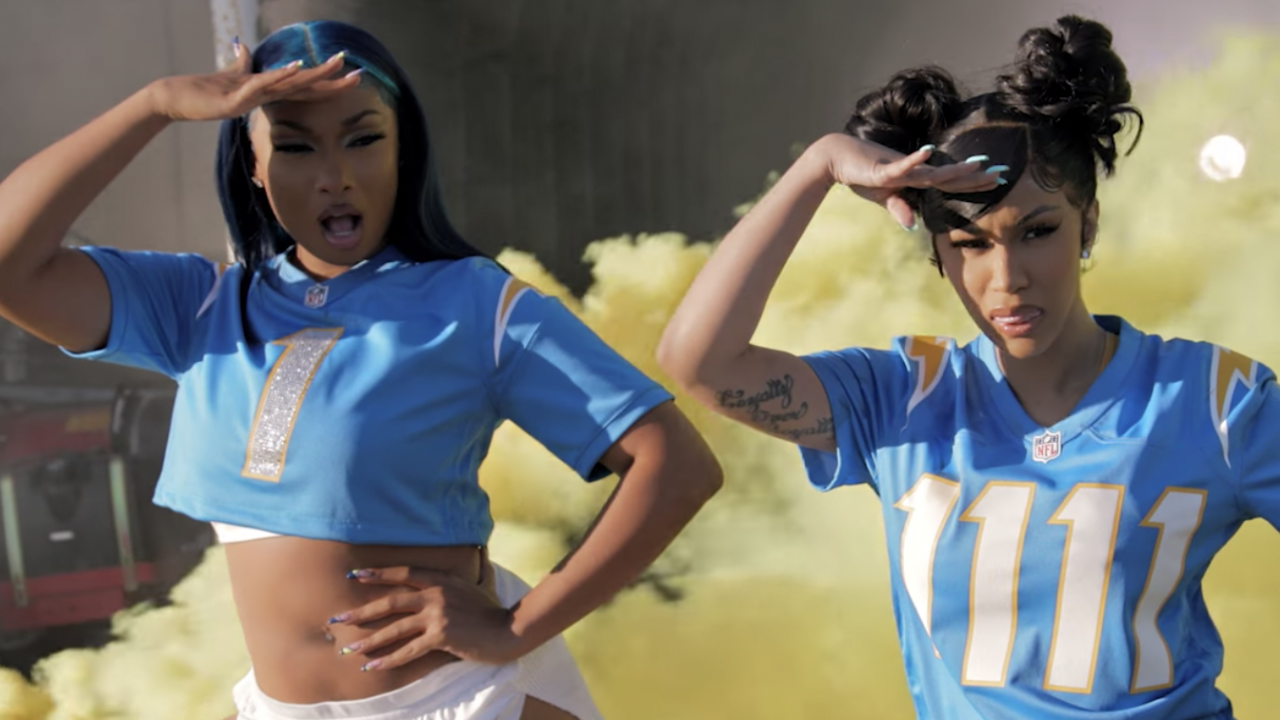 There’s a loose connection to the pic, since Megan Thee Stallion was on SNL this weekend.  It was weird to have no Charger game on yesterday.  Living here in NY, there’s a lot of excitement about football.  We all remember what it was like to be the young and scrappy team on the rise.  We haven’t been that for a long time, however.  The reality is the Chargers have had strong QB play for the most part since 2004 and haven’t done anything with it.  I admit that I called the season over after the Jacksonville game.  With the way they played and the injuries to Bosa, Slater, and Guyton, it was hard to see any way for this team to do anything this year.  Everyone knows this is the last year of Herbert’s rookie contract.  We all saw them let Chenna and Kyzir White go.  We all saw Kenneth Murray on the field for the biggest play of the season last year while White sat.  I can’t imagine the grief Murray endured last year, but on the football field he still isn’t very good.  If the Chargers did go “all in” to maximize their window with Herbert’s first contract, then the acquisitions of Mack, Day, Fox, and Jackson are the result.  Mack has been great, but not having Bosa out there really hurts.  Thus far, the defense has been the weakest spot still of this team.

I will give them credit for rebounding after the Jaguars loss with two wins on the road.  Herbert’s ribs were clearly hurting him in that game.  Sure, the wins were against the Texans and Browns.  But we’ve seen this year ample evidence of why the “any given Sunday” mantra applies.  No one expects the team to win every game but the reality is that they went 4-1 last year and went 5-7 the rest of the way.  A loss tonight would drop them to 3-3 and 1-2 in the division.

I know, we’re not there yet.  Last week’s game was kinda tainted with Staley’s decision to go for it at the end.  I don’t get analytics but do understand that you’re supposed to follow it religiously.  However, if you truly believe that your defense is improved you punt the ball.  After the interception, it was great to see them not go three and out and force the Browns to use all their timeouts.  We can question the call on 3rd and short to Ekeler.  They claim that they were always going for it, but I don’t really trust them to be truthful.  As I’ve said since the days of Schottenheimer, I don’t really care what coaches say but whether they learn from their mistakes.  Going for it was a mistake, in my opinion.  I can’t remember a team missing two field goals against us.  If it had gone through, the fallout would have been deafening.  I think every Charger fan can look at Daboll’s success with a lot less talent and wonder if Staley is the guy.  You could even say that about Robert Saleh, although the Chargers didn’t have a chance to hire him.  The reality is that the guys we hire, let go, sign or fire always seem to lead us to underachieving.  There is no question we have talent.  But I still wonder whether this team is smart and resilient.  Keenan is sitting out again and that is unquestionably holding the offense back.  We all expect Williams to be locked up by Surtain.  So where will the offense come from?  Palmer had a huge drop last week and we saw very little of Bandy.

Parham played but didn’t do anything.  I still can’t trust Everett, but the pick six in KC is still seared in my memory.  The Chargers were losing second halves weekly before last week.  I know every one expects Denver to be much better than they have been this year.  That’s fine.  Nothing good comes from games you don’t earn the win in.  Flukes and frauds get exposed.  The Chargers have holes and debilitating injuries.  But there is no one in the division that they can’t beat.  I’m less worried about them beating the Chiefs than I am stepping up against other teams.  Tonight is really a perfect opportunity.  It doesn’t matter how many Denver fans are there or who we are missing.  This is a winnable game.  It’s a true litmus test of how far this team has to go.  I want to say that the Chargers won’t fall behind or make dumb decisions.  I want to believe that should they score some points that they won’t get passive.  Getting a lead and letting the other team back in has been a problem long before Brandon Staley was hired.  But the same all storylines apply to this team as long as their play on the field allow them to.  If they lose, I’ll be pissed.  But they have a lot to prove to any member of the JUSTICE LEAGUE.  Deep down, they know it.  It’s so tough to not let all the old heartbreaks come rushing back each time the team reverts back.  I have also learned that there’s no point in watching if you can’t believe at all.  Somewhere there’s a balance to be reached.

Well, that’s all for now.  It’s 4 hours to kickoff.  As I said, I think we’ll learn a lot about this team after this game is over.  Hopefully, it will be something new and encouraging. 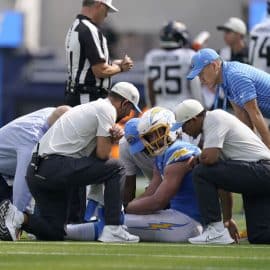