One Fan(n)’s Opinion by @rich_fann: When a Fan cares more about Concussions than Bills, that Scares Me 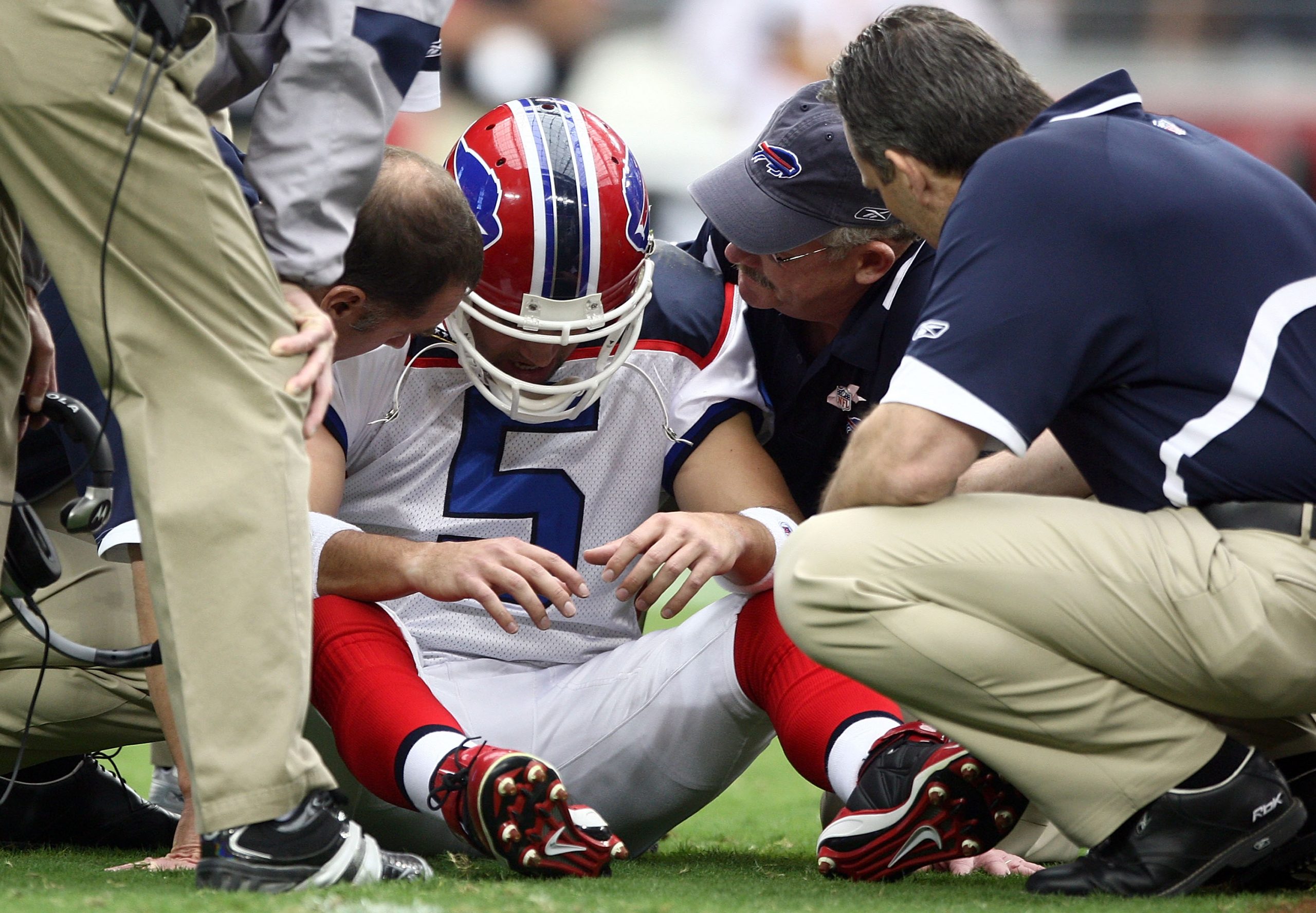 Terry Pegula and his family are the saviors of Western New York Sports. “One Buffalo” is a phrase many will speak willingly and with glee, marking their tie to the Pegula-led initiative.

Terry Pegula this week, prior to my visit to training camp that NFL doesn’t need to worry about concussions in football, because:

Terry Pegula: "You can be driving your car and get a concussion in an accident. I don’t want to discuss the relevance of it in football."

As a high school coach, Bills fan and football junkie, I heartily disagree.

Take CTE off the table, first of all. The NFL’s staunch need to “yeah but” the research and claim that there are “agendas” to seeking to find out how badly the brain is injured long-term if unchecked is going to amass either praise or scorn from fans. Take Terry’s words – “You can be driving your car and get a concussion in an accident.”

Now think about the research that shows an average game will have 10 or more of those car accidents. Maybe we want to pay attention now Terry?

In training camp, with the myriad practices and the lack of anything of note, this quote snuck by the goalie something fierce. As Tim Graham of the Buffalo News notes:

Because of the Bills’ relative ineptitude for nearly 20 years, at times things members of the team say can slip past the regular NFL consciousness, no pun intended. However, think back to last year, when former Bills GM Doug Whaley mentioned the human body isn’t built to play football – a simple fact all the body armor, training and technique learned proves to be true – and was soundly shouted down by the NFL writ large.

Why not now? Is it because an owner is playing the “aw shucks we don’t need to talk about head trauma” game?

Spotting in the now is something that is a priority – but as NFL wives have shown time and time again, once a player is out of the limelight, the NFL is less-than-forthcoming with the aid. That stinks and I don’t care who my team’s owner is – having him say what Terry Pegula did was wrong, ignorant and dangerous. The next time they have an alumni event, those that can should speak to Terry about it. I’m a guy with a blog. Be the change alumni.

For my second gig – coaching high school football – should I not care about the effects safe or unsafe play should have on my kids Terry?

For those of you that don’t know, if you’re a paid or volunteer coach in the U.S., you need to have yearly certifications in heat illness prevention, sudden cardiac arrest and concussions. If you like, go here to the NFHS website and you can join in with the 2.4+ million that have already done the certification program for free. According to the billionaire (b, not m) owner of the Buffalo Bills, I’m wasting 2 hours every year getting re-certified. Since we don’t get concussion training to drive our cars around, why should a coach, parent or anyone involved with the game do so?

Answer: because it’s pretty flipping critical to the protection and well-being of my players. In my ten years of coaching, if I stopped today I can say without a second thought I’ve always acted with the best health interests of my players – even back to when I was a volunteer. Terry Pegula is telling me that I worry about my kids more than he does the players he pays millions.

That scares the ever-living crap out of me.

That doesn’t fly with me, nor should it you. The NFL is a multi-billion dollar enterprise that continually plays dumb when health issues come up. This isn’t the 19th century mining, or the newsies that littered the streets in industrial New York – this is the 21st century. You can turn a blind eye to it all you want, but quotes like Terry Pegula’s are going to be used to illustrate those on the wrong side of history. Don’t add your voice to that sordid chorus.

I love football. I coach it, I watch entirely too much of it and I discuss it ad nauseum with you guys on twitter or face to face if you see me at practice or games when I’m in the area. In fact, I want to thank Bernie and Michael for seeing me during this week’s practice, because that was my highlight of my visit Bills’ wise – that and my son deciding he wanted to come with me as well.

I’m not here screaming for the sport to die – but I am screaming for the sport to change and for the owners of the professional persuasion to act as if their fiduciary lives depended on it – because for every dollar they squeeze out now claiming ignorance or attempting to plug their ears to the problems of bigger-faster-stronger the more they’re going to lose later. If I have to speak to them in dollars and cents instead of the human capital – I’ll do it because if you ever want to be heard, speak in a manner the listener will understand.

I have been committed to enjoying whatever I can out of this team for nearly 30 years – and I don’t expect anything other than a fair shake when things go down.

If you don’t want to pay a player, say so, don’t paint them as greedy. If you think a player is going to be great – say so and own your words. And if those players, who you claim to want to treat as family need you to be more judicious with your words and deeds regarding their bodies, do it.

And before I go, take a read at this great Vice article, where you can play the game of “car accident or football injury?”.