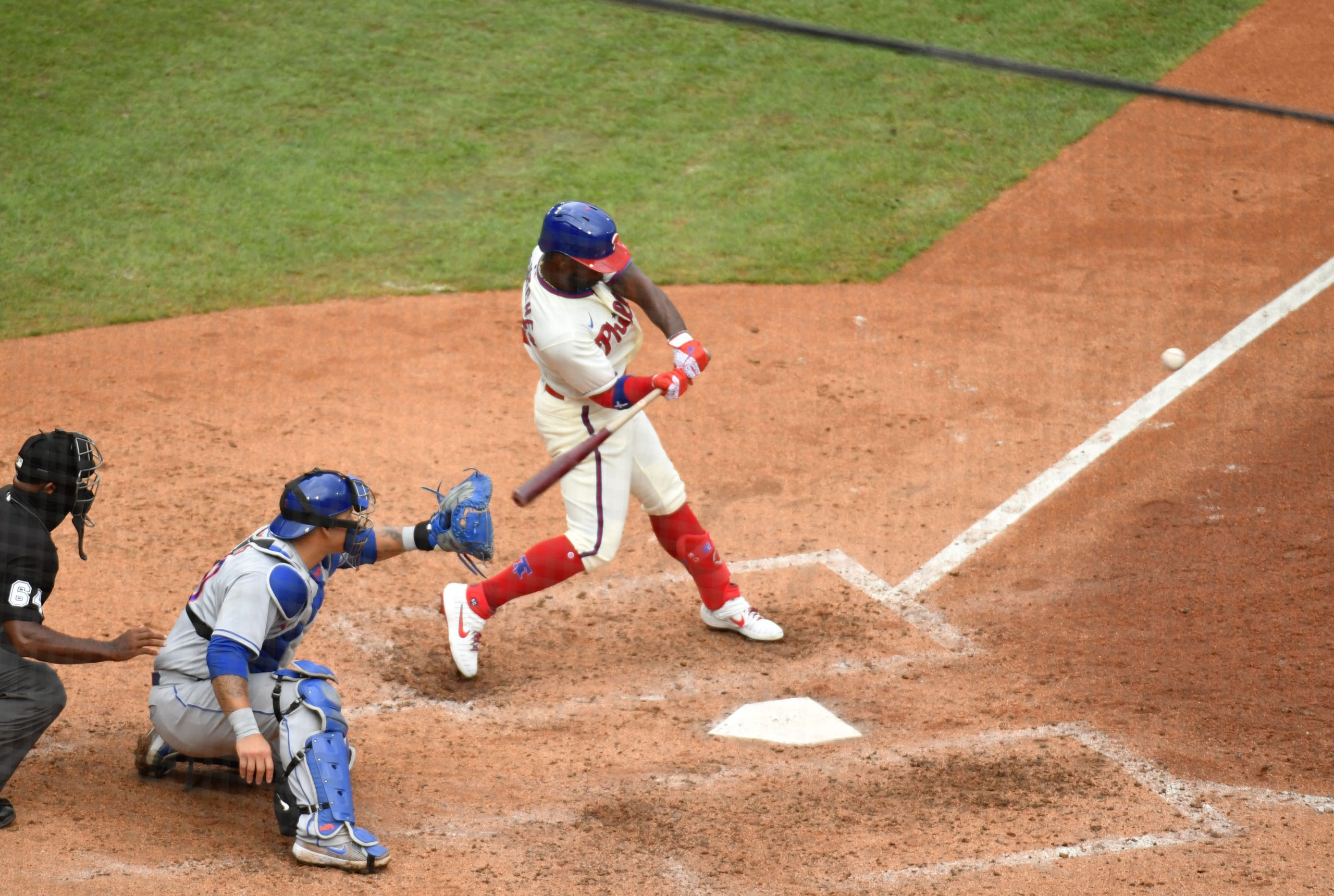 Look, I understand that Rick Porcello isn’t the Cy Young winning Rick Porcello. But he’s a few steps up from Lockett, and his recent performances give him a little more leeway. So with the Mets up 2-1 in the bottom of the sixth, you can give Porcello one more inning because he had been pitching decently and he wasn’t on constant red alert as the last two starting pitchers had been. After a fluke double off third base by J.T. Realmuto, a fly out by Didi Gregorius, and a game tying double by Alec Bohm (all in nine pitches by the way), it was too late for Rojas to get anybody up unless you want to say that he should have had relievers up to start the sixth simply because it was the sixth.

Maybe, the way this roster shakes out right now, that’s what Luis Rojas has to do from now on, and that’s more than fair. If Porcello’s recent history of two good games and five good innings can’t automatically buy you a sixth inning, then it probably shouldn’t buy any starting pitcher a sixth inning which is free of bullpen action. Yes, that includes Jacob deGrom right now with his stiff neck and having not gone past the sixth inning this year. It’s not a knock on Jake, and the only knock on the rest of the staff is that they’re not the staff from the last five years, and that they’re probably not stretched out the way they would normally be. So it isn’t entirely the fault of Matz, Porcello, Wacha and Peterson. Plus, you have extra bullpen arms, and they haven’t been putrid this season. So there’s no excuse not to use them.

Zach Wheeler, meanwhile, has no such problems in his first season away from us and in Philadelphia as he went seven innings against his former club, only being dinged by a Luis Guillorme two run single in the 4th. Wheeler performed at typical Wheeler levels from the past two seasons, throwing just about 66% strikes and doing it in seven innings of work while easily touching 98 on the gun. Fitting that he would be the guy that would throw the final dagger in this weekend series against the Mets. I think we can classify this Mets season as a mess. But hey, the entire baseball season is a mess, and this entire year is a mess. What makes the Mets so special that they can’t be a mess too?

No list today, but I wanted to riff off of a tweet I saw this morning regarding Wilson Ramos:

Wilson Ramos said this season away from his family has been difficult. Usually after tough games, he spends time with his wife and kids. This season, he hasn't, so when he heads back to the hotel, he just keeps overthinking the tough moments.

It’s a good reminder that when it’s all said and done, this 2020 season is an outlier, and a tough one at that. For some, the outlier could even be that it’s not an outlier, but this weird season is going to affect everybody differently. Some players might actually be helped by just concentrating on baseball and not having to worry about things like ticket requests, off field appearances, and the like. Some players’ concentration level might be improved by not having fans in the stands. And some players might not feel a difference at all.

But for what I suspect is the majority of players, the parameters of this season, weird schedules, no fans, being confined to hotels, has challenges. I think the mistake we make a lot is to either brush these challenges aside or to argue that “these players make millions of dollars to play a kid’s game so they should suck it up and play ball.” Ramos being alone in a hotel room spinning into himself about tough plays in a ballgame is a reminder that sucking it up and playing ball is easier said than done.

I can tell you for me, writing this blog and making jokes and allegories, analogies, metaphors and similes (all which mean nothing) gives me a sense of normalcy. During the three hours that Mets games are going on in a given day, the blinders come on and baseball is just baseball. It’s the hours that the Mets or any team aren’t playing that is a stark reminder of our reality. I’m sure it’s like that for professional athletes as well. But I’m with my family and I have friends to keep me sane. These players by and large have less time with their families, especially on the road. Players can adjust, but it can’t be easy.

Every player is affected differently. Look at all of the good players that are at the bottom of the offensive leader boards: Eugenio Suarez at .132. Matt Olson at .158 (but somehow eight home runs). Max Muncy at .175. Christian Yelich at .176. Cody Bellinger at .195 (and people talked about him as a possible candidate to hit .400 this season). Kris Bryant and Anthony Rendon at .196. Sense a pattern? If so, you’re probably wrong because there’s no pattern to be discerned from playing in a pandemic, and hopefully there won’t be enough seasons of this for patterns to form. And while there are good names on top of that leaderboard, it certainly isn’t something that you would expect.

Now, are all those names struggling because of the pandemic? Most likely not. Brewers hitting coach Jason Lane said that Yelich’s biggest issue was not playing a whole lot leading up to Opening Day, which is a physical component of the effects of the pandemic on the season. I’m sure that some of those players are struggling exclusively for baseball reasons. Rendon is getting used to a new city and a new way of life, which also could be more difficult than normal because of the pandemic. Muncy might be struggling because pitchers are adjusting to him. Same with Suarez after two years of success. But we have no idea what’s going on in a player’s head at a given time. We never do, but even less than never now, if that makes sense.

So we can continue to bitch, moan and complain, because we’re Mets fans and that’s our normalcy. But it’s worth it to remember that players like Wilson Ramos are searching for their normalcy as well.

Oh, and I still hate those damn air horns.