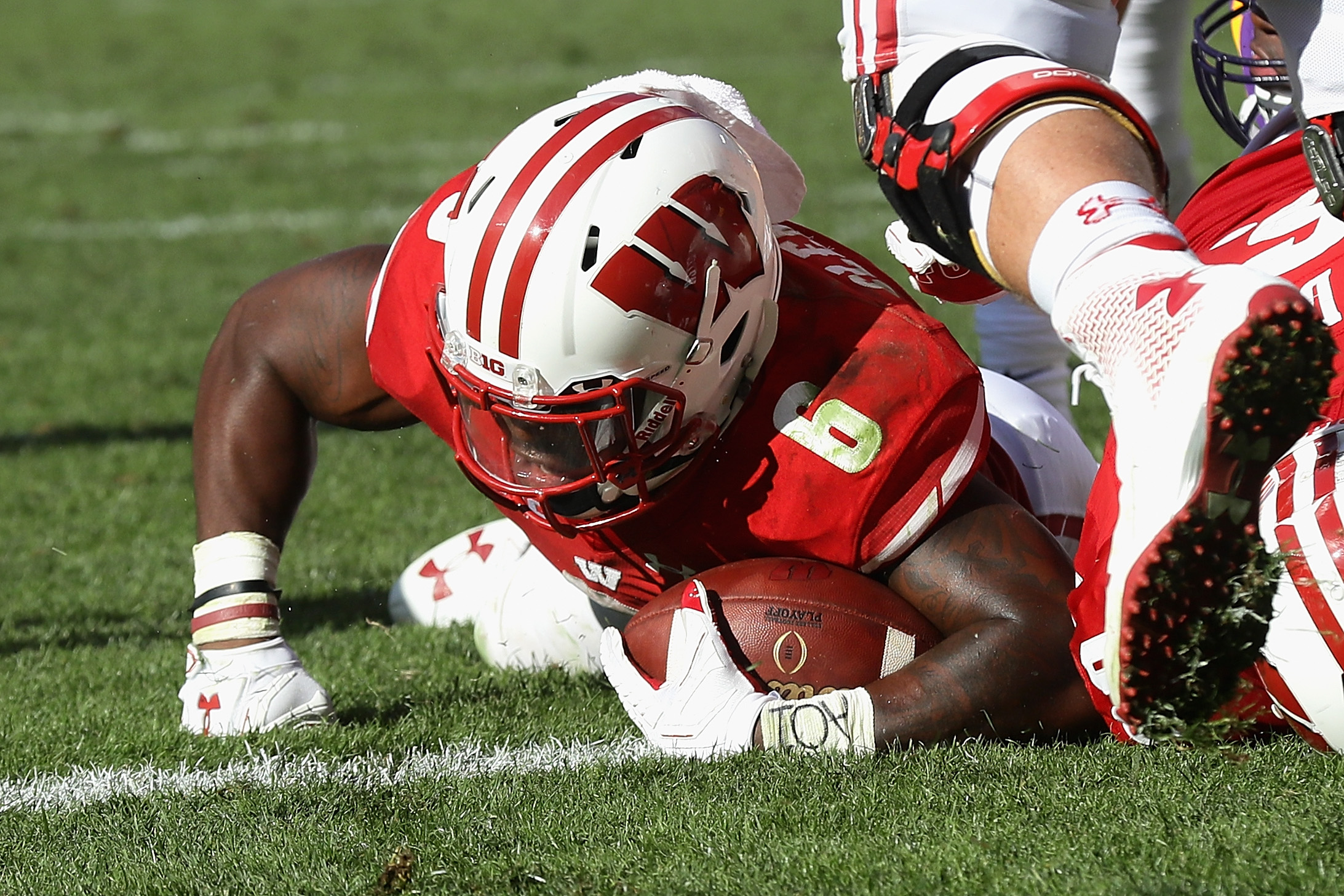 Anyone who believes the Wisconsin Badgers are going to mail it in at the Cotton Bowl Classic on Jan. 2 against Western Michigan, we present to you the number one reason to stop thinking that way — senior running back Corey Clement.

Few players have more personal motivation to play at a high level than Clement does. He’s got 1,300 yards already this season, but there are some big time milestones in front of him and an NFL scout group to impress.

There’s also putting the Badgers from losers in the big bowl games to winners. All of those things are known to Clement

He is one of 13 seniors, but is perhaps the most perplexing when it comes to exactly what his legacy is at the University of Wisconsin. His first two years suggested stardom was just a matter of when, not if. His last two years? Well, they haven’t exactly lived up to lofty expectations.

Clement spent his first two years backing up the likes of Melvin Gordon and James White. His freshman season saw him carry the ball just 67 times, but manage 547 yards (8.1 yards per carry) behind that dynamic duo of Gordon and White.

He would then see 147 carries for 949 yards in his sophomore season, nearly making it a trio of Badgers backs to reach the 1,000-yard mark. Stardom was certainly in the offing.

That wasn’t exactly what happened over the next two seasons though. Instead, Clement suffered what was initially thought to be a pulled groin in the lead up to Wisconsin vs. Alabama, only to find out it was actually a sports hernia in the weeks to follow.

He would miss eight games due to surgery to deal with the hernia, a procedure that took place in Germany of all places. Upon his return, Clement found an offensive line in flux and then some trouble inside his apartment complex — and by trouble we mean throwing punches before being attacked by a group of people.

It took surveillance footage for Clement to come clean about how things really went down and it cost him the Minnesota game after missing eight games due to injury already.

However, that moment may have been the biggest motivator to Clement heading in to his final season.

“It was definitely awesome,” he said, via Badger247. “Coming off 2015, I didn’t think I’d even be in this position or be on the team at all. I didn’t even know if I would be apart – I did such a bad thing. It was shameful.

“Guys were able to accept me and give me another chance.”

Clement has taken that chance and literally run with it in 2016. After a bit of a slow start for him (and the offensive line), things have gotten better and better as the season has gone on. Clement was looking like his old self in the first half of the Akron game, rushing for 111 yards on 21 carries before picking up an ankle injury.

That injury would cost him the Georgia State game, but unlike last season it was just one game missed and back to nearly full health by the very next week.

After two games without hitting the century mark, Clement has gone on to put up 100 yards or more in seven of his last eight games. Of his 1,304 yards a full 985 of them have come in the last eight games of the season.

It is something he has actually relished facing this whole year.

“That’s the beauty of it, knowing you’re getting the ball and they can’t stop you,” said Clement. “I must be doing something right if you’re putting eight in the box every game.”

That’s what happens when you don’t have a top 100 passing attack to help buttress a top running game and an offensive line riddled with injuries and inexperience.

That makes what has happened this season even more impressive. Perhaps you don’t know, but Clement’s raw numbers suggest he has reached the elite status everyone expected from him starting in 2015.

It has been a seemingly quiet 1,300 yard season, but how does 1,500 yards sound to you? A big day against Western Michigan and Clement can join that club, becoming just the 10th Badgers running back to reach that single-season rushing mark in program history.

He’s well aware of that mark heading in to the game, and seems to be talking like a player motivated to reach that milestone.

“It’s one of the records I want. I’ll be honest, you’d hate to be stopped short of a milestone,” he said while speaking to the media ahead of the Cotton Bowl Classic.

“It’s not just going to happen, I have to grind through it all and hit some home runs. At the same time, stay patient. Not going to press on anything, just let the game come to me.

“I just hope it comes by the final whistle.”

Should that mark come, there is little doubt that Clement will be looked upon fondly. If not? There will be some who will be left wondering what if when it comes to Clement.

What there is little doubt left about is Clement’s motivation to be the best running back on the field every week. That motivation has served him well in 2016.