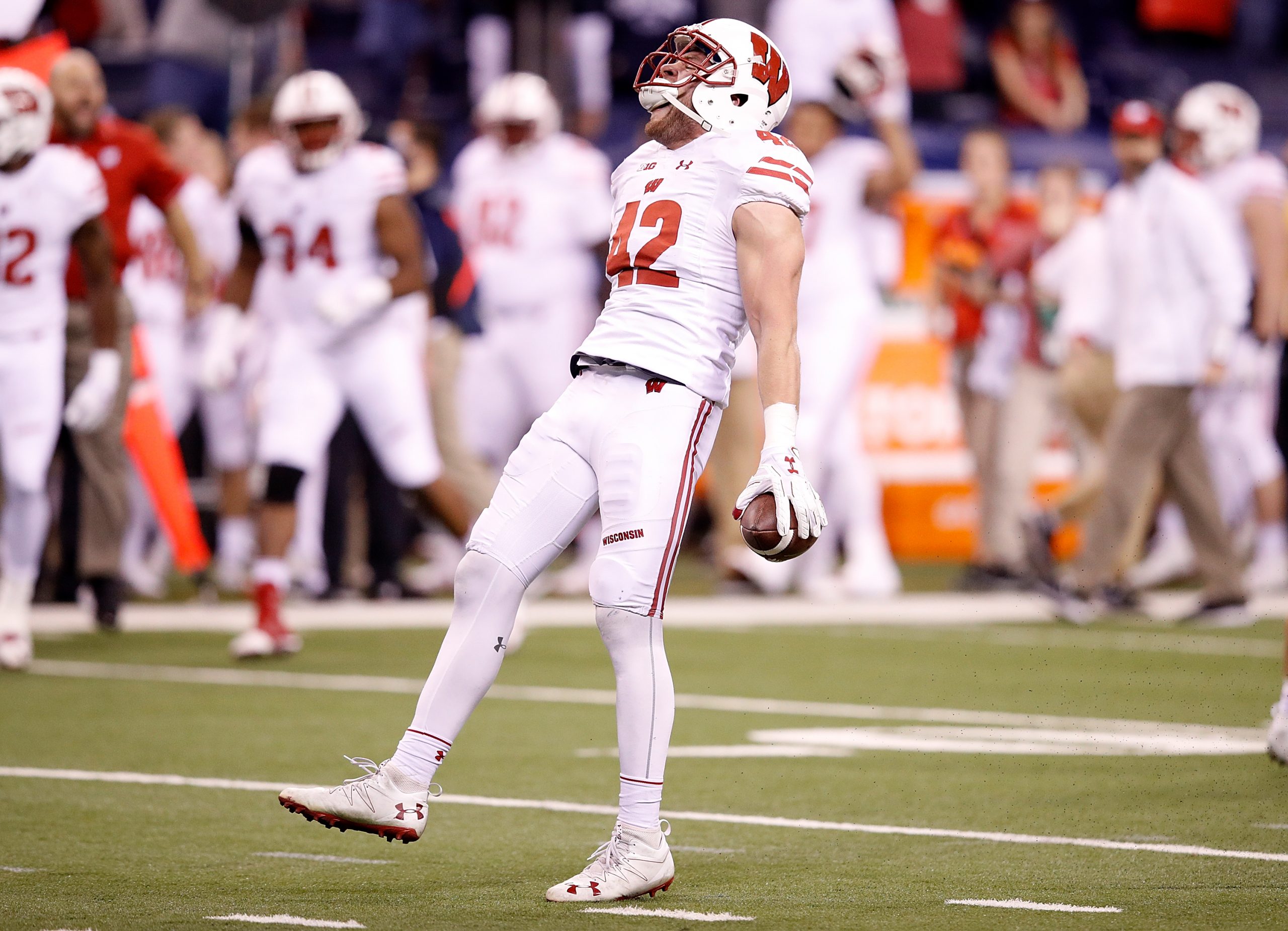 The 2016 season comes to a close for the Wisconsin Badgers with their first ever trip to the Cotton Bowl Classic. It also comes to a close against an undefeated Western Michigan Broncos team, who got to a New Years Six bowl game as the highest ranked Group of 5 team in the final College Football Playoff committee rankings.

Given the disappointment of missing out on a Big Ten championship and perhaps a berth in the College Football Playoff, will the Badgers back up the talk about being highly motivated for this game?

We’re guessing so, especially as you look at the opponent that will stare Wisconsin in the face on Monday afternoon.

If there’s one big reason why UW is here and not having already played in the College Football Playoff, look no further than giving up 384 yards and four touchdowns through the air. That’s how you blow a 28-7 lead nearing halftime.

That disaster can’t snowball, and with a month off to figure things out UW’s secondary is going to get another huge test. Western Michigan quarterback Zach Terrell has completed 70.8 percent of his passes, the second-best mark in the country, and is averaging a crazy 9.7 yards per attempt (fourth in the country) as well. Oh, and did we mention he’s got 32 touchdowns to just three interceptions?

Wisconsin won’t just be facing a productive quarterback, they’ll go up against one of the best wide receivers in the country in Corey Davis (91 receptions, 1,427 yards, 18 touchdowns).

Wisconsin’s secondary needs a redemption story, and frustrating one of the most efficient and productive passing attacks in the country would certainly do the trick.

— 54: That is the number of games played for Vince Biegel and Sojourn Shelton once the Cotton Bowl starts. The seniors are set to tie the program record for most games played in a career in their final games in a Badger uniform. You can bet they’ll have this program motivated to get out there and get the win to finish off two of the most interesting careers in UW history.

— 123.1: That is Corey Clement’s rushing average over the past eight games. Once things clicked up front and once Clement was healthy again it was all over for opposing defenses down the stretch. Clement’s 123.1 yards per game average also happens to be second in the nation to D’Onta Foreman’s ridiculous 204.7 average. With Western Michigan not facing a player like Clement since Week 1 against Northwestern this matchup is surely going to be interesting.

Carrington Thompson, Western Michigan WR: All the attention is on Corey Davis, but the Broncos passing game is more than just him. There are three really good senior wide receivers for UW to worry about. Western Michigan’s secret weapon has been Thompson, who averages just a shade over 15 yards per catch. He also has put up 38 receptions for 605 yards and six touchdowns (second-best on the team). Let’s just say Wisconsin can’t afford to have this big-play threat going off alongside Davis.

Troy Fumagalli, Wisconsin TE: Simply put, the Badgers starting tight end is a matchup nightmare for Western Michigan. His combination of size and speed makes it a difficult call for opposing Big Ten teams, let alone a Broncos defense that is undersized and slower. Fumagalli has been the best friend to whichever quarterback is in for Wisconsin. He will need to be a key cog in the offense once again in the Cotton Bowl if Wisconsin wants to make Western Michigan pay for loading up the box.

T.J. Watt: Wisconsin OLB: Watt was the pick of many as the linebacker of the year and defensive player of the year. There’s a reason for that, and he is an absolute matchup nightmare for Western Michigan. His athletic ability and football intellegence are a rare combination and have resulted in him racking up some 59 tackles, 14.5 tackles for loss, 10.5 sacks and one incredible interception for a touchdown. If he’s living in WMU’s backfield, it will be lights out for the Broncos chances in this one.

Yes, the Western Michigan season has been something to behold. Yes, P.J. Fleck is one crazy genius of a coach. However, the reality of WMU’s season is that they largely took advantage of beating two Big Ten teams who weren’t very good at the time they met them.

Play Western Michigan-Northwestern today and the Wildcats would roll the Broncos. A well-oiled Big Ten title contender vs. a team that took apart a weak season in the MAC? Sorry, I’m not totally impressed.

Look for Wisconsin’s offensive line (315 pounds on average) to man-handle a much smaller Western Michigan front four (WMU averages 272 pounds up front) and for Clement and Co. to have a monster game on the ground.

Western Michigan’s offense is very good, but it simply hasn’t seen UW’s quality and some of its numbers suggest taking advantage of poor defenses it has faced. I’ll take the Badgers big every day of the week and twice on Sunday given this matchup.