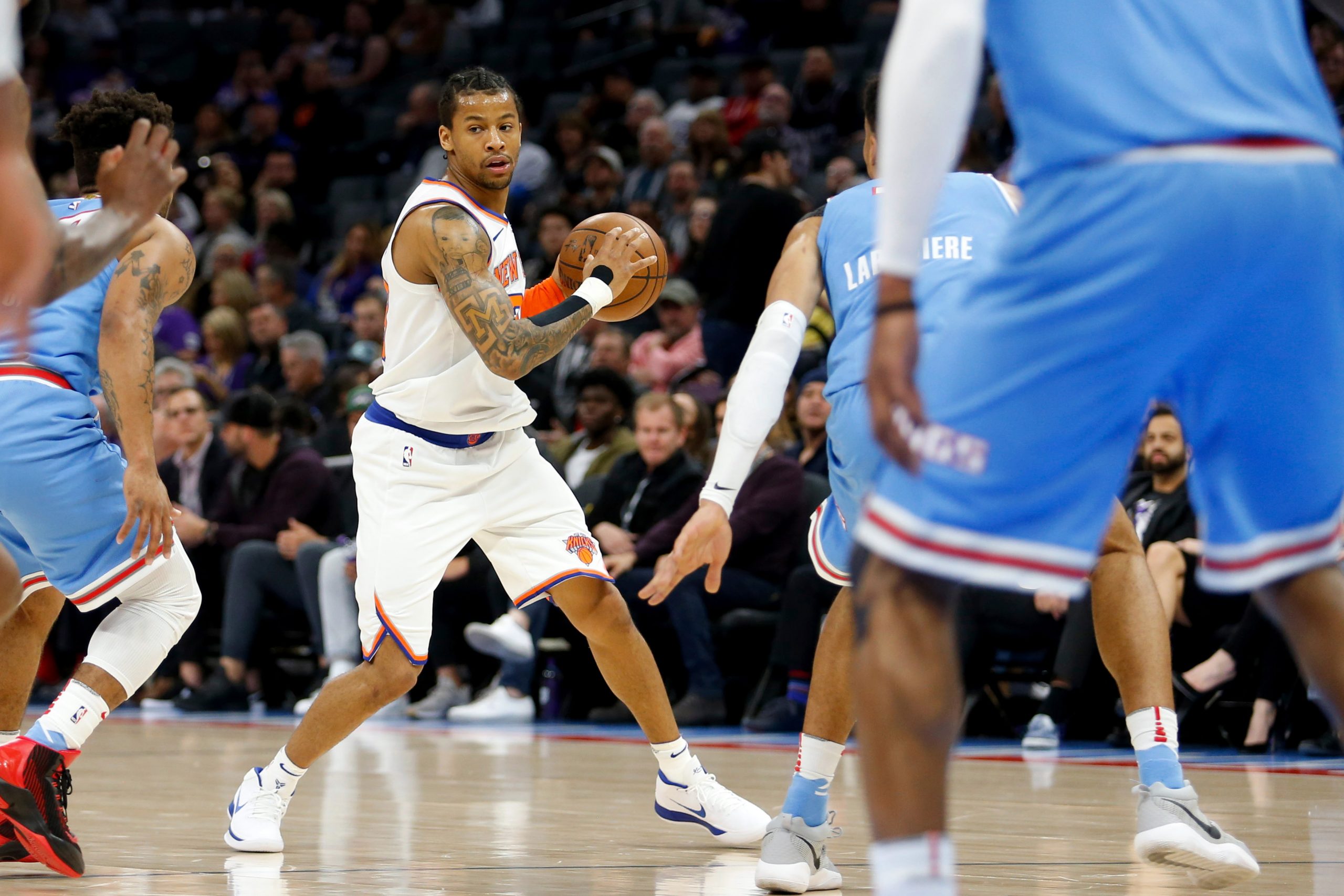 Trey Burke will be 26 years old in November and as a former 2013 NBA Draft lottery pick, he’s the most experienced point guard on the Knicks’ roster. Well known as an offensive spark plug, Burke’s most seamless on this team might be that of an injection of life off the bench. After all, New York is high on Frank Ntilikina’s potential as the future floor general of the club.

That being said, the 20 year old was very tentative on offense last season. Heralded for his defensive prowess and respective length, Ntilikina shied away from creating his own offense and had difficulty finding teammates in transition when pressured by opposing defenses. Burke isn’t as much of a natural playmaker, but he’s certainly someone who can make things happen. He’s proven to be more aggressive than Ntilikina, and sometimes when a player simply has that attitude, other things just fall into place. Burke is an excellent penetrator. When driving through the lane, the defense tends to swarm in, and in turn, Burke’s teammates are left open if he can find them.

Despite high expectations for Ntilikina, Burke isn’t counting himself out. At 2018 Media Day, he said he believes he’s a starter and that he put in extra work this past summer to prepare for a big campaign.

“I wanted to take it up another notch. I wanted to take my athleticism, speed, and quickness to another level,” he said. “I expect to be playing a lot of minutes this year, so conditioning was huge for me.”

Not only does Burke understand what’s at stake, he also knows what’s expected. Such an awareness could give him a leg up on Ntilikina, if he’s able to execute accordingly. Of course, the youngster represents the future, but Burke too is part of the team’s core. Coach David Fizdale has reiterated that no one’s starting spot is guaranteed and that he isn’t interested in tanking.

“Coach Fizdale wants us to play fast and in transition. I know that plays to my strength. When I can get out in transition and create, I’ll get to the rim more,” Burke said. “I plan on taking more three’s when it’s given to me and not force it. I love that shot.”

Entering his sixth season, Burke has been one of the many Knicks working out around the training facility weeks before training camp even arrived. He and the new coach have begun to get to know one another.

“I’ve gotten an opportunity to be around him the past two or three weeks playing in open gyms. I’ve had a chance to pick his brain and talk to him a little bit off the court,” the guard said. “I’m very excited. He seems like a player’s coach, someone who will let you play through mistakes while also disciplining you.”

It’d be easy to assume the starting spot is Ntilikina’s to lose. But Burke appears hungrier than ever before. He’s coming off a very solid year in which he put the ball in the basket, averaging 12.8 points in just 21.8 minutes per contest. As fate would have it, just because Burke pours in the points doesn’t mean he can’t distribute. He was second on the team behind the departed Jarrett Jack with 4.7 assists, which could mean there’s the potential to run the floor if given the green light to do more than score.

Given Coach Fizdale’s desire to compete, perhaps Burke will emerge as the opening night starter, especially since Ntilikina appears to have farther to go to bridge his own gap.