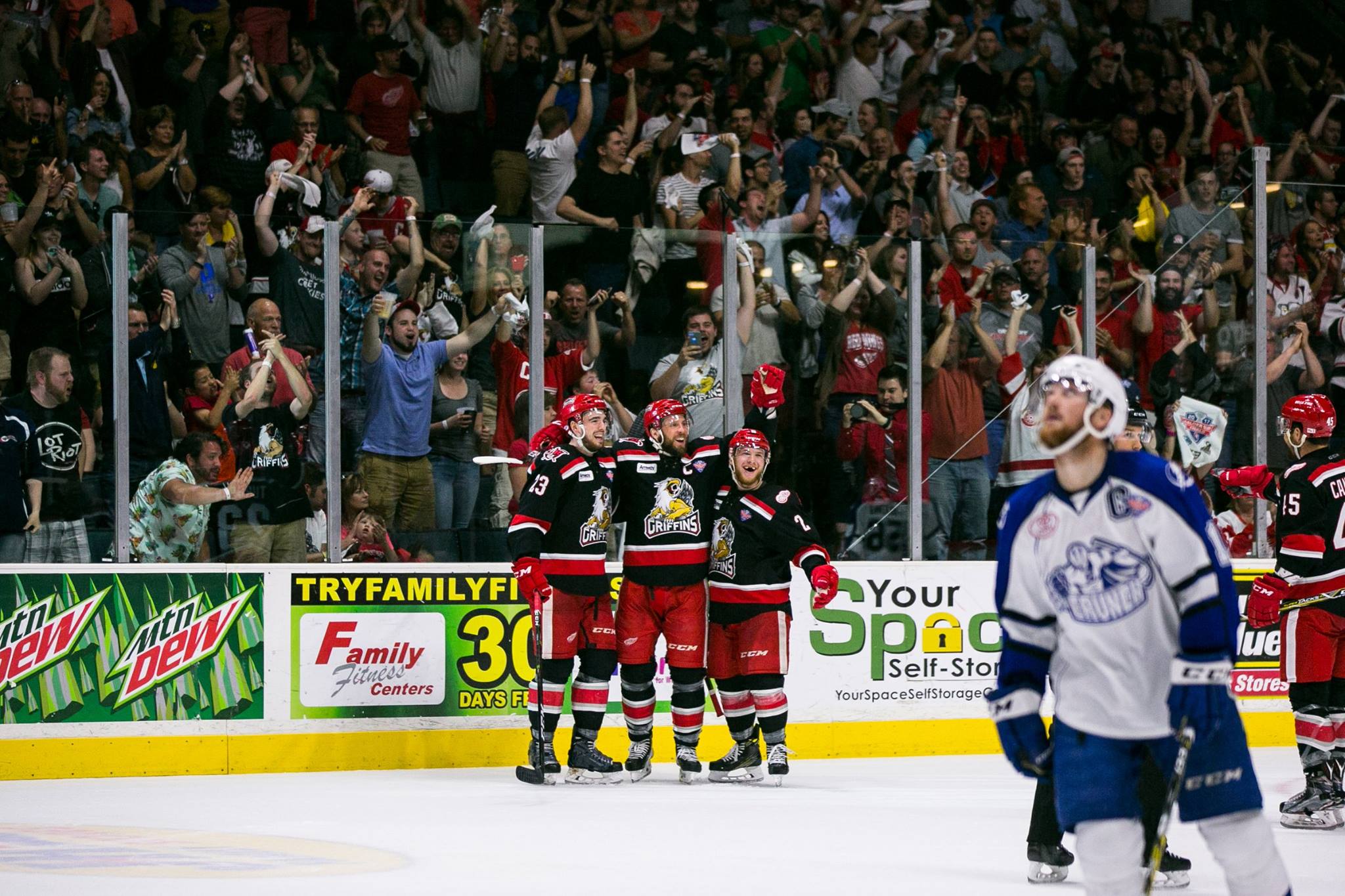 GRAND RAPIDS, Mich. (theahl.com) … Tomas Nosek scored his second goal of the night with 13.9 seconds remaining and Grand Rapids eked out a 3-2 win over Syracuse in Game 1 of the 2017 Calder Cup Finals on Friday night.

Nosek’s decisive goal, his fourth game-winner of the postseason, came on the Griffins’ sixth power play of the contest after the Crunch were whistled for having too many men on the ice at 19:31. Syracuse had successfully killed off the first five advantages by the AHL’s top-ranked power play unit.

Grand Rapids opened the series scoring 4:56 into the first period as Nosek cleaned up the rebound of a Mitch Callahan shot. It marked the fifth time this postseason that the Griffins have grabbed a 1-0 lead within the first five minutes of a game.

The Griffins went to the power play a few minutes later, but it was the Crunch who capitalized and tied the game at 9:25. Cory Conacher chased down a bouncing puck and fed Kevin Lynch for Syracuse’s fifth shorthanded goal of the playoffs to make it 1-1. The assist was Conacher’s 11th point in the last four games.

Syracuse grabbed its first lead of the series just 54 seconds into the second period. With the teams skating four-on-four, Yanni Gourde found Joel Vermin, whose snap shot from the top of the left-wing circle made it 2-1.

Grand Rapids pulled back even with 2:48 left in the middle frame. After a battle behind the Crunch net, the puck came to captain Nathan Paetsch alone in the slot and he beat Mike McKenna with a wrister for his second goal of the postseason.

NOTES: Attendance was 8,857… Grand Rapids improved to 8-0 on home ice this postseason; Syracuse fell to 2-6 on the road… In AHL history, teams that win Game 1 of the Finals have gone on to win the championship 61 of 80 times (76.3 percent).