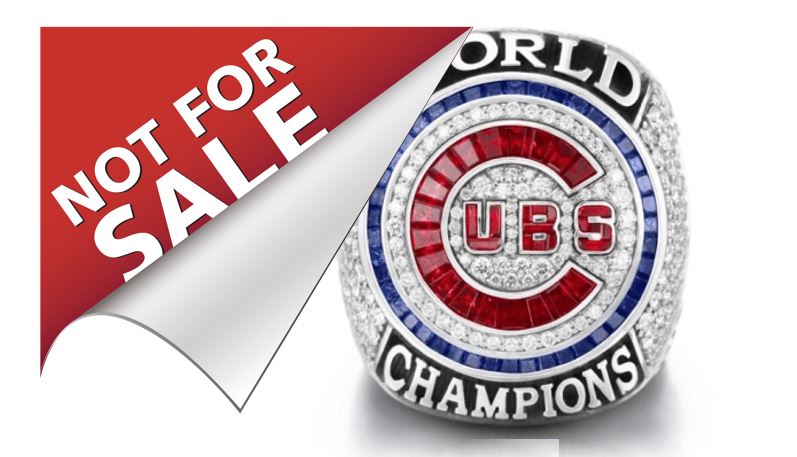 Wrigley Field is my favorite place to watch a baseball game.

For some of you – not most, but some – this is blasphemous. But it’s my truth. The feeling I get heading into a Cards/Cubs game on a beautiful summer day at Wrigley is as good as it gets – for me. You navigate through this neighborhood party right into a stadium that doesn’t allow much room for anything other than watching baseball. You pee in troughs.

I moved to Chicago in early 2014 and was fortunate to work at a job where I got to go to several games at Wrigley. I wouldn’t want to live in the area around the stadium (Wrigleyville), but it was a perfect place to drop in for a game every few weeks.

Just the right amount of interesting, every time.

In a profile of the area for Rolling Stone in 2016, Jason Diamond describes the rise of Wrigleyville:

Like any neighborhood in any American city that has drawn certain subcultures – from hippies flocking to Haight-Ashbury in the late-1960s to various neighborhoods across Lower Manhattan where all kinds of punks, burgeoning art stars and other weirdos moved to in the 1970s – Wrigleyville was a place with cheap rent that just happened to be situated around the ballpark of Major League Baseball’s most notoriously pitiful team.

Somehow, almost inexplicably, the neighborhood that catered to drunk sports fans there to see their Cubbies lose another day game (Wrigley Field didn’t have lights for night games until 1988) also became a punk-friendly area. The Metro is a few blocks up on Clark, and the Cubby Bear sit directly across the street from the stadium. The latter bar played host to a number of punk and hardcore bands in the 1980s, from Discharge and Sham 69, to locals like Big Black, Articles of Faith and a Naked Raygun show that also happened to be the first punk show ever attended by a kid named Dave Grohl (who was in town visiting family). Sports fans and punks making a specific neighborhood a destination for their respective groups – you don’t really hear of that very often.

By the time I got to the city, the neighborhood had certainly lost it’s punk edge. But there still was an distinct sense that you weren’t in the normal sanitized world of major league sports. Everyone – bar owners, t-shirt stands, peanut vendors – had a hustle going. And as the red line poured out batch after batch of fans, streets progressively came more alive the closer to game time it got.

Some people love that energy.

I love that energy.

Tom Ricketts, Chairman and part-owner of the Cubs? Not so much.

To me it was a semi-controlled chaos that made for an exciting day/night. To him, it was lost revenue. Dollars going to people that were not his investors.

Not to put to fine a point on it… if you haven’t been to Wrigley Field in the past few years, I don’t think you’re going to recognize the place the next time you get there.

Will it ever be as painfully normcore as Ballpark Village and Busch Stadium? Probably not. It is in a neighborhood and neighborhoods are much trickier to expand systemically into. But the fact that there is kind of a path forward to coming close to to BPV? Let’s just say these past three years have been some of the most jarring – no matter how you feel, good or bad – for any neighborhood in the country. Not only is the stadium getting totally renovated, but the Cubs have 4 large construction projects under way surrounding the stadium.

The Cubs aren’t the lovable losers anymore… they’re taking Bill DeWitt’s playbook and trying to one-up the stranglehold that the Cardinals have around their stadium. And if you think that the Cubs aren’t already at mega-corporate levels yet?

Well, check this out: Please have your TPS reports back on Mr. Rickett’s desk by 5p before you leave for the day.

If you got a World Series ring as a gift from the Cubs and you want to sell it? You’re more than welcome to.

Right back to the Cubs.

The team is arguing that this is no different than how the Oscar statuettes or Heisman Trophies are handled by their respective organizations. And they’re not wrong. Since the Cubs are paying for the rings (plus the taxes), I doubt anyone that was offered a ring will decline it because of this waiver.

The Cubs have taken lessons learned from the most successful teams in sports and are finding new ways to apply corporate synergy to every nook and cranny of their team, stadium and neighborhood. With a highly successful on-field product almost assured through the end of the decade, by 2020 Wrigleyville (and the Cubs) will be so far removed from what you or I or anyone remembers about the team/neighborhood that we’ll sound really ridiculous describing the Cubs/Wrigleyville to the youth.

Get a gift. Sign a waiver. And ensure that the hypothetical resale value of show-off jewelry stays high because, well, who knows, we just want to make sure the bases are covered in case we can make a profit down the road.

The Cardinals have some real (and sustainable) competition in the NL Central. The sleeping giant is wide awake.

Jostens, the ring makers, are selling replicas for up to 10K (with the nicest ones limited to 108 units, of course).

Plus a real store:

Unlike in the past, when Jostens has had pop-up-type shops within team facilities and team stores, Jostens has an actual retail location at the nearby Park at Wrigley, which it has leased from the Cubs ownership’s real estate arm, Hickory Street Capital, for a year.

“Having a more traditional environment for the sale of these rings has made a difference,” Poitras said.

If you’re already made it this far in this post, figured you’d find this EPSN piece interesting.