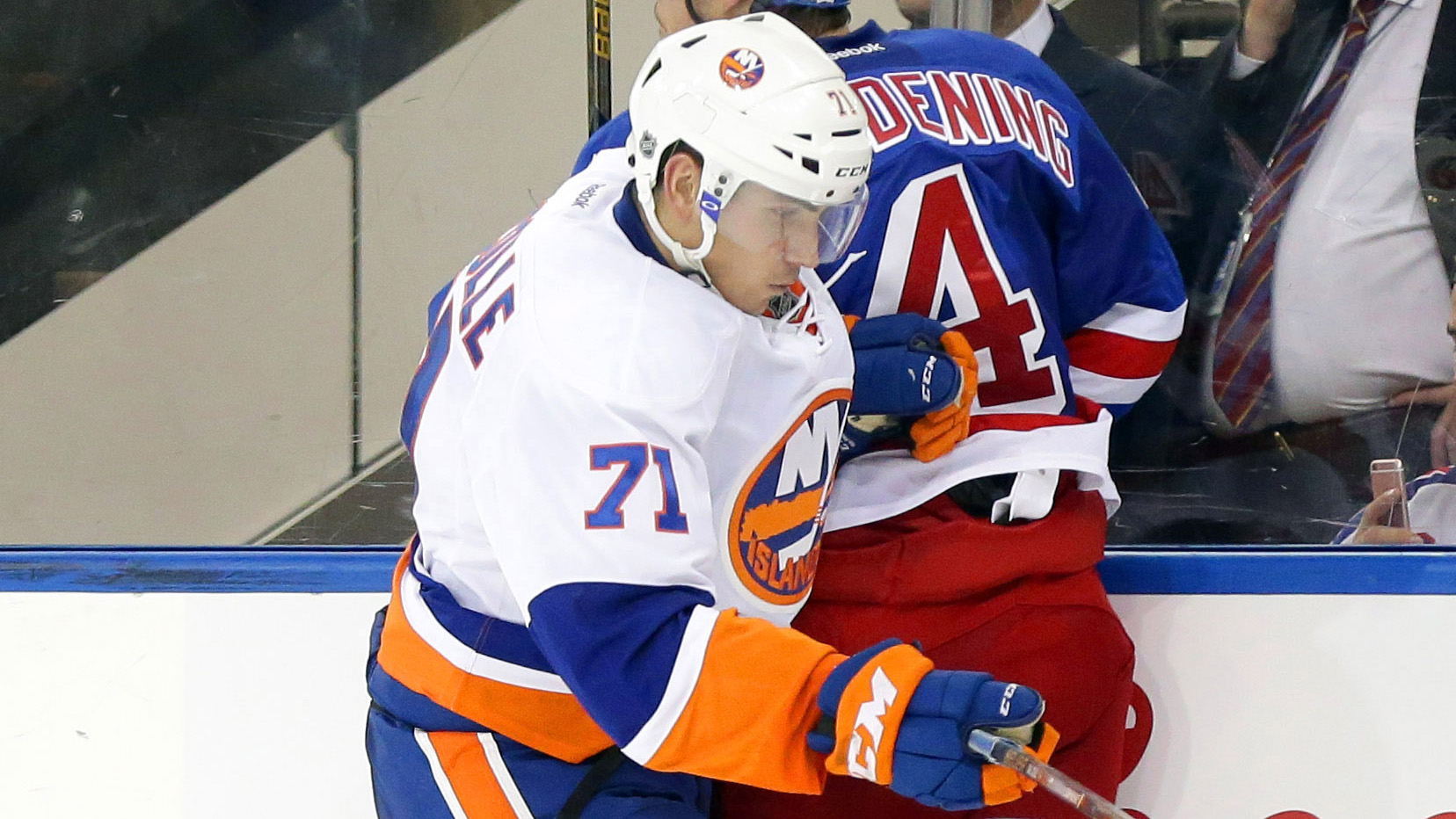 NEW YORK — All the attention on Saturday was on Anthony Beauvillier and Michael Dal Colle following the Islanders 7-2 drubbing of the New York Rangers, but Saturday was also an important milestone for another young Islander.

Michael Dal Colle made his NHL debut Saturday afternoon after an up and down journey through the first year and half of his pro career. Dal Colle’s first NHL game was a quiet but successful one against the Rangers. He saw 13:33 of ice time, which included 1:51 on the power play, and finished the game a plus-1.

Dal Colle didn’t have a shot on goal, but had one shot attempt.

“I think the first I had a little butterflies there in my first game, but as we got into in the second period I thought I started moving my feet a little bit more and got used to the pace a little bit,” Dal Colle said. “Obviously the guys here are all phenomenal players and they make great plays. Their sticks are always in the right position and that’s probably the biggest thing.”

If there any butterflies they weren’t noticeable by his teammates or coach, who felt he played well on Saturday. Islanders head coach called Doug Weight told Newsday Dal Colle was “excellent” and had a big hand in the win over the Rangers.

Cal Clutterbuck was also impressed by the rookie, who could have easily been overwhelmed by the prospect of making his debut against the Islanders’ biggest rival at one of the league’s most historic buildings.

“To have a first game in this building and an afternoon, weekend game, Islanders-Rangers it can be a little intimidating,” Clutterbuck said. “I thought he did a great job. He made some great defensive plays. He was really solid with the puck, so a tip of the cap to him.”

The good first impression was a good step for Dal Colle, especially with the injury bug striking again. Casey Cizikas left the game in the second period with an upper-body injury and Weight hinted that it didn’t look like he would be returning anytime soon.

Cizikas joins an ever-growing list of injured Islanders in the last few weeks. Andrew Ladd was placed on injured reserve on Sunday,  Josh Bailey was injured prior to the bye-week, Johnny Boychuk and Calvin de Haan have been out for an extended period time and Nikolay Kulemin has been out since early November.

“It is what it is. guys go through it, teams go through it,” Weight said about the injuries. “We did a great job today. Hopefully we grow that confidence in the way we’re playing and the guys that are playing.”

With an opportunity to stick around the NHL a little longer, Dal Colle isn’t planning to try to do too much other than what has helped him get here in the first place.

“I’m not going to put too much pressure on myself,” Dal Colle said. If I just focus on the little things, be good in my own end and just work on all aspects of my game I’ll be fine. Just rely on my abilities and play confident.”