Darvish to the Chicago Cubs Means it’s Time for Milwaukee and St. Louis to Step Up 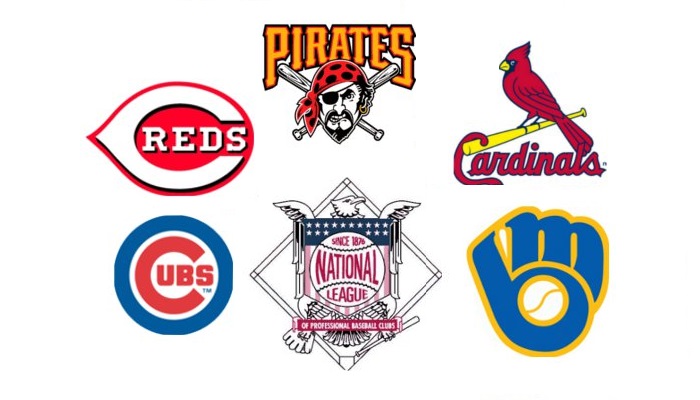 This offseason, Chicago Cubs President of Baseball Operations Theo Epstein and General Manager Jed Hoyer have been laser-focused on improving the Cubs’ starting rotation and bullpen.

The signing of free agent RHP Yu Darvish today, at $126 million guaranteed for six years, puts the finishing touch on a brilliant series of trades and free agent signings that brings the Chicago Cubs eye-to-eye with the Houston Astros and Los Angeles Dodgers.

Epstein and Hoyer made their first move to reshape Cubs pitching at midseason 2017. That’s when Chicago got the prize of the 2017 non-waiver trade deadline in White Sox starter Jose Quintana, in exchange for four Cub prospects.

Looking forward to 2018, it was clear the rotation would have to be rebuilt with several more quality parts. The loss of free agent starter Jake Arrieta and the end of pitcher John Lackey’s contract left Epstein and Hoyer with substantial gaps to close before Opening Day.

On December 7, the Cubs signed free agent RHP Tyler Chatwood to a three-year $37 million guaranteed deal with incentives. Chatwood was the youngest and hardest throwing starter in the offseason market with a high ground ball rate that should work well at Wrigley Field.

With today’s signing, the 2018 line-up of Yu Darvish, LHP Jon Lester, LHP Jose Quintana, RHP Kyle Hendricks, and Chatwood looks like one of the best rotations in the game.

On the bullpen side, the Cubs lost free agent closer Wade Davis to the Colorado Rockies, but picked up free agents RHP Brandon Morrow and RHP Steve Cishek, and re-signed LHP Brian Duensing to a two-year $7 million deal.

No doubt the Cubs will make several more moves before Opening Day, but they look locked and loaded to take the National League Central Division and go deep into the postseason.

The Milwaukee Brewers have pushed hard to grab the quality starting pitcher they initially (and desperately) needed. They apparently made a strong offer to get Yu Darvish but lost the Darvish sweepstakes to their NL Central rivals.

Which means just to keep pace in the arms war, Milwaukee now needs to double down: not only find a quality starting pitcher on the free agent market, but do everything they can to also get RH starter Chris Archer in a trade with the Tampa Bay Rays.

The Brewers would likely have to overpay to get Archer at this point (if Tampa doesn’t simply hold on to him) but they really don’t have a lot of other options.

Baseball Prospectus’ PECOTA standings puts Milwaukee at 83 wins for the 2018 season. Which means they are in that difficult shadow area where one or two quality additions to their 25-man roster could propel them to an NL Wild Card spot or even challenge Chicago for the division this season.

And putting those additions off until the mid-season non-waiver trade deadline may be way too late.

For the St. Louis Cardinals Time is Running Out

After signing power hitting OF Marcell Ozuna, for the Cardinals it’s all about the bullpen right now. Like the Brewers, St. Louis’ best options also involve a free agent or a possible trade with the Tampa Bay Rays.

Thirty-two-year-old RH closer Greg Holland is still an unsigned free agent and has looked like a perfect fit for the Cardinals since the final out of the World Series.

The first thing we learned about the hot stove this offseason is that quality bullpen pieces are more valued than ever. Holland is the best of the rest and all it takes is money.

St. Louis’ other option is Tampa RH closer Alex Colome. There’s no doubt that the Cards have the pitching and outfield chits to get Colome, it just depends on how those pieces fit into Tampa’s future.

Either way, in 2018 the road to a National League Playoff slot for the Cardinals runs directly through their bullpen.