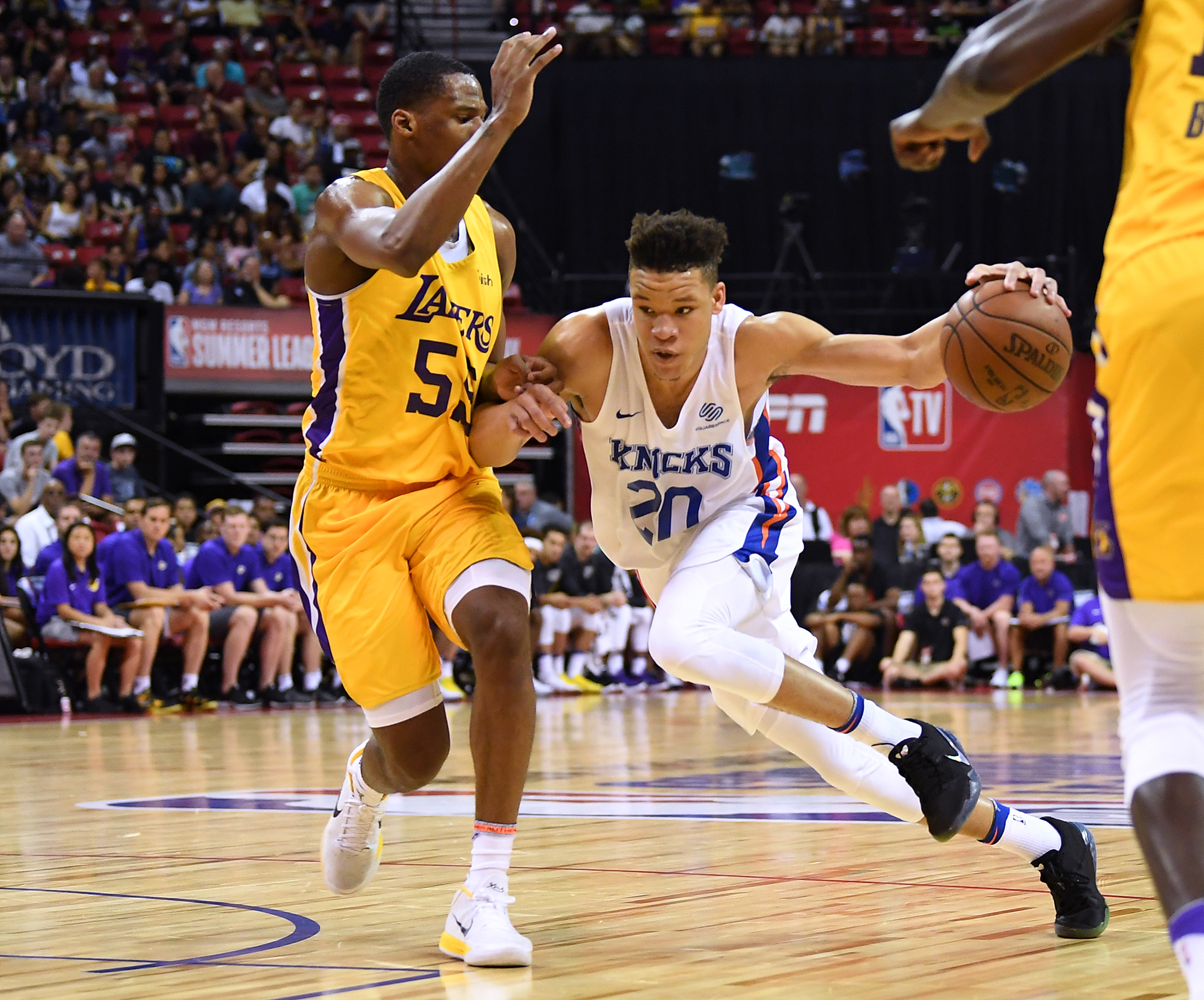 This team is committed to the development of its prospects and are setting the expectation that patience is needed. Still, it’s up to head coach David Fizdale to nurture these youngsters and handle their development as he sees fit. As a coach, he has to play the cards he’s been dealt and that means rolling someone like Knox onto the floor sooner than later. Thus, Fizdale is ready to throw him into the fire because he likes what he sees. Sometimes there’s no better learning tool than experience.

“You’re going to see an exciting offensive talent. You’ll see a kid who will be challenged defensively,” Fizdale said of the rookie at the team’s recent Town Hall. “I think he can become an elite defender in this league. You’ll see me put him on a lot of great players, so that he can get his butt kicked a little bit and go through the lumps. You have to.”

The Knicks’ new head coach then referenced Kobe Bryant experiencing growing pains, like taking a punch from former New York point guard Chris Childs, to which the season subscriber filled crowded erupted in applause. Fizdale is certainly acclimating himself to the culture.

Knox has a long way to go before he becomes a reliable 3 and D talent. Fizdale will counsel him defensively, and long range shooting is absolutely a growth area for him. Nevertheless, the 19 year exudes such confidence and is athletic as hell — two things you can’t teach. He’ll have guidance for the other things.

“He understands what’s coming at him,” he said of Knox. The fact that he’s so coachable really excites me about that kind of talent.”