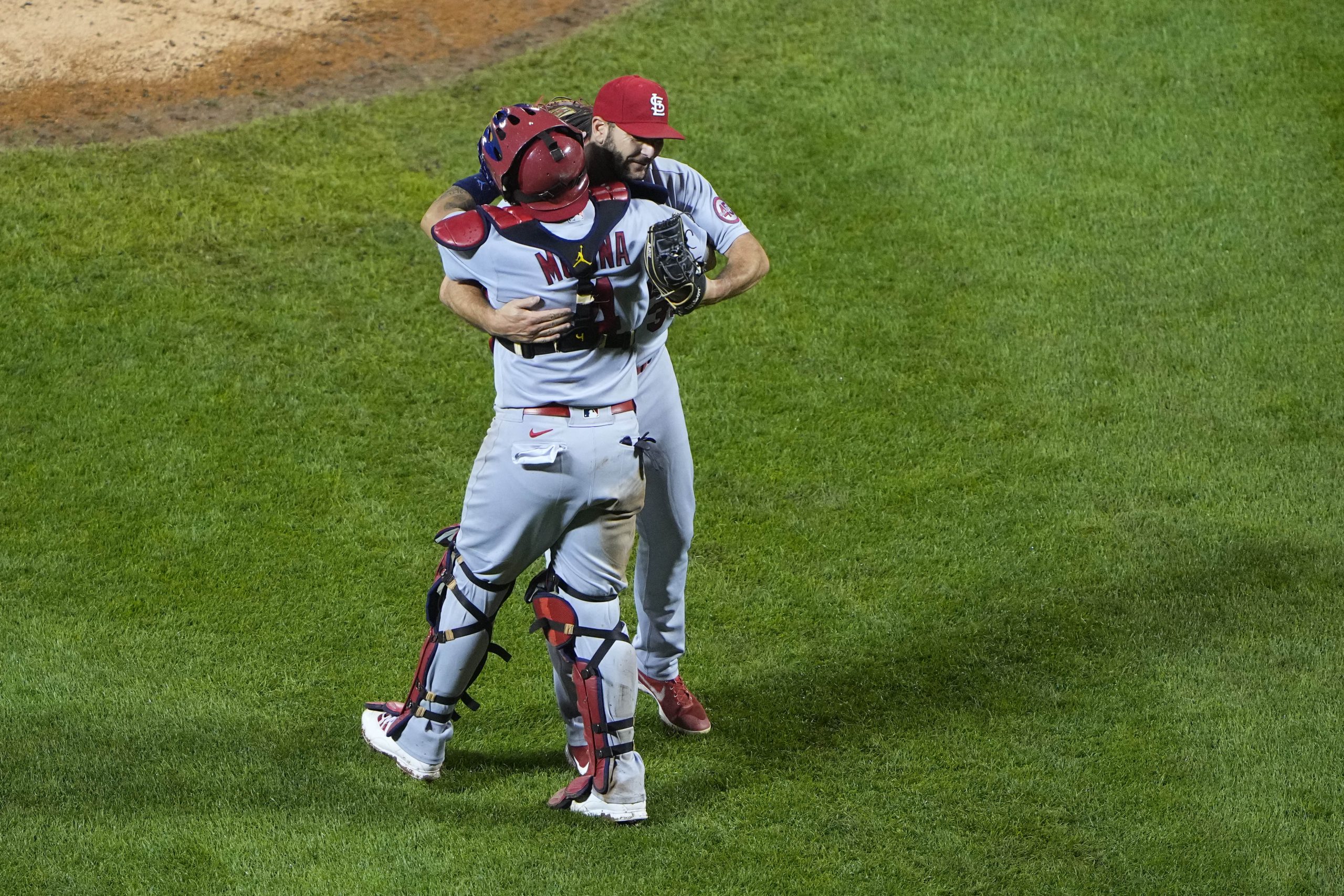 At about 11:30 this morning I got an e-mail titled “We Want You Back”. Yup, a Mets season ticket representative … on the morning after the biggest win of the year … perpetrated the hustle to try to sell some tickets. I hope that his efforts to win some people back worked in the eight hours that followed. Because if somebody saw that e-mail say, now? They’d laugh.

I was afraid of this. The comedown from an electrifying three games against the Yankees which had bragging rights at stake to a series against the Cardinals with about half the fans (officially) and nothing at stake except, oh … the playoffs? It’s real, my friends. It’s real. I discuss the Joel Pineiro game a lot. With the score 3-0 in the 7th, just as the final was in 2007, it brought back some strange feelings, for sure. Late in a flailing pennant race against the Cardinals? Tastes like bird shit.

Of course, the Mets were simply flat in that game in ’07. It felt flat on Monday too, but with a hint of hard luck. Adam Wainwright, who was good but not great, loaded the bases in the first and faced Jeff McNeil. He threw two curveballs and a changeup to strike out McNeil with the bases loaded. Does that sound familiar? It sure as hell sounded familiar to Wainwright.

“I like nostalgia, and I felt like all the Mets fans in a bases loaded situation wanted to see me throw two curveballs and a changeup (to McNeil) and get him out. Just gave the people what they wanted.” — Adam Wainwright

You ever ask us what we wanted, Adam? Did you ever think to do that? No, you just assume. You’re inconsiderate, and you’ve been inconsiderate for 15 years.

In the fifth after the Cards built a three run lead on a single by Dylan Carlson, a single by Paul Goldschmidt, and a homer by Paul Goldschmidt (all off Rich Hill), James McCann was robbed by Edmundo Sosa on a hard line drive. Then after Dom Smith doubled, took third on a passed ball, and Francisco Lindor walked, Michael Conforto hit one on the button, but right to Goldschmidt at first to end the threat. Then as the Mets were budding a rally in the 7th, Jonathan Villar lined out hard to second, where Tommy Edman then doubled off J.D. Davis off first base.

Then in the 8th, Alex Reyes walked Lindor and gave up a single to Conforto. Reyes then threw one up and in to Pete Alonso as he barely knew where the ball was going. And yet somehow struck out Alonso, Javy Báez, and Jeff McNeil to end that threat. That, my friends, is the epitaph of the Mets season. runners on base, three strikeouts in a row. It’s happened way, way, way too often in 2021, and yet it defines the season.

Then in the 9th, with Luis Rojas leaving Yennsy Diaz in the game for a second inning (three of the five times Diaz went past an inning of work, he gave up a run in his second inning or later), the Cardinals blooped, bled, and bludgeoned Diaz as they popped four off him before Trevor Williams mopped up, and the Cardinals would go on to enjoy a 7-0 win in which the Mets looked predictably flat from Sunday’s epic tilt, and yet they also looked predictable in the ethos of their season. Wasted opportunity and hard luck leading to no offense. Familiar? Adam Wainwright will be happy to remind you.