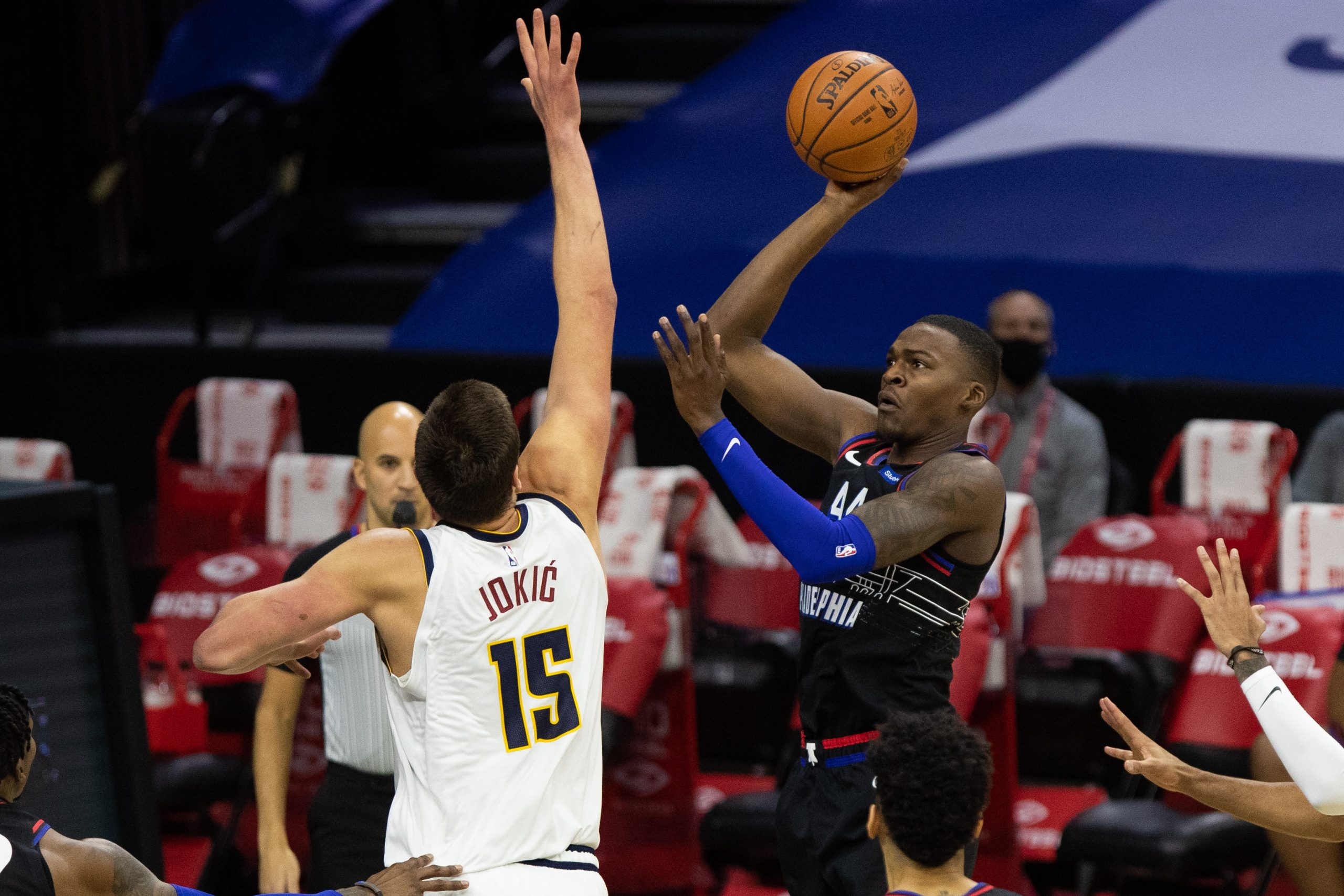 The Delaware Blue Coats began training camp in Disney World earlier this month in what are unprecedented circumstances. The Blue Coats and the rest of the NBA G League had their season canceled last March due to the on-going coronavirus pandemic.

The Blue Coats will play a 15-game schedule in a bubble environment similar to what the NBA and WNBA did this past summer. The Coats will tip-off the season on Thursday at 11 a.m. against the Fort Wayne Mad Ants.

Head coach Conor Johnson is back at the helm for his third season with the Blue Coats.

In the team’s media day press conference, he mentioned that the team’s style of play could look different from previous seasons, with the Sixers bringing in Doc Rivers as the new head coach.

When asked about what the playstyle would be, Johnson said that pace of play would be a priority.

“Pace will continue to be a priority and coming from the way Coach Rivers wants us to play,” he said. Johnson added that the Blue Coats have had good communication with Rivers and that he’s been generous with his time.

In addition to their new playstyle, player development is also key to what the Blue Coats do.

One player who the Sixers want to see continue to develop is two-way player Paul Reed. Reed was selected in the second round of the 2020 NBA Draft out of DePaul in November.

When the Sixers were down a few players earlier this season, Reed received some playing time. In five games, the rookie forward averaged 3.6 points and 2.0 rebounds per game.

The Blue Coats are bringing a talented roster to the bubble with high expectations for the short season. It is a new group with only three returning players from last season. But it is still an experienced bunch who has spent time in both the G League and NBA.

One of those new players is Rayjon Tucker, who signed a two-way deal with the Sixers last week and is eligible to leave the bubble should he be called up.

The Los Angeles Clippers brought Tucker to training camp on an exhibit 10 deal in December after spending time with both the Wisconsin Herd and the Utah Jazz last season.

Tucker was a dominant weapon for the Wisconsin Herd last season as he can jump out of the gym. He averaged 23.3 points and 4.7 rebounds in 33.4 minutes per game.

After an explosive run with the Herd, Tucker signed a multi-year deal with the Utah Jazz. Tucker spent some time with the Jazz’s G-League affiliate in Salt Lake City before accompanying the big league club to the bubble in the summer.

Tucker spoke about his experience in the bubble, joining the Blue Coats, and how he can help his new teammates, who are experiencing this for the first time.

“I’m excited to be here with the Blue Coats,” he said. “Another opportunity to showcase my skills and hopefully get a championship here with these guys.”

“Having been in the bubble already, I tell the guys to find things that you can do by yourself. Whether it’s reading a book, playing video games, just kind of get your mind off basketball and not being able to really see people.”

“I’ve been here, and I know how that goes. The first time around it’s really unusual,” he added.

Delaware also added Jemmerio Jones with the first pick in the second round of the 2020 NBA G-League Draft. Jones began his pro career with the South Bay Lakers in 2018 and was signed by the Los Angeles Lakers the same season.

“We were thrilled to get Jemmerio where we did,” Blue Coats GM Matt Lilly said last week. “We were pretty surprised that he was still available.”

“Jemmerio is a very unique player at 6-foot-5 and one of the best rebounders in the league. He’s super smart, a great passer, versatile defensively, and has an unbelievably high motor. He’s going to be a big part of what we do this year.”

2020 G-League MVP Frank Mason joined the Blue Coats this offseason but signed a two-way contract with the Orlando Magic during G-League camp.

With Mason off to Orlando, the Blue Coats made a trade with the Lakeland to address their point guard position. The Coats received Jordan Bone and a 2021 third-round draft pick from the Magic, while Lakeland received returning player rights to J.P. Macura, Doral Moore, and a draft pick.

Bone is a former University of Tennessee standout who spent time with the Magic and the Detroit Pistons last season.

Bone signed a two-way contract with the Magic this offseason but was released earlier this month. Last season, the 6-foot-2 guard averaged 17.5 points and 7.1 assists per game in the G League. His 7.1 assists ranked eighth in the NBA’s developmental league.

The Blue Coats also brought back Jared Brownridge, Julian Washburn, and Justin Robinson from last year’s team. Brownridge has been with the Blue Coats since 2018 and is one of the best three-point shooters in the league.

Washburn was acquired by the Blue Coats during last year’s training camp in a trade with the Austin Spurs. The 6-foot-8 versatile forward was a good role player for Delaware last season.

Robinson signed with Delaware late last season after beginning his pro career with the Washington Wizards and Capital City Go-Go. The former Virginia Tech guard averaged 14.2 points, 5.2 assists, and 3.6 rebounds per game in 15 games with the Blue Coats.

The G League regular season will culminate with a single-elimination playoff based upon the eight teams with the best records. The Blue Coats will try to clinch their first postseason appearance in franchise history at the place where dreams come true.