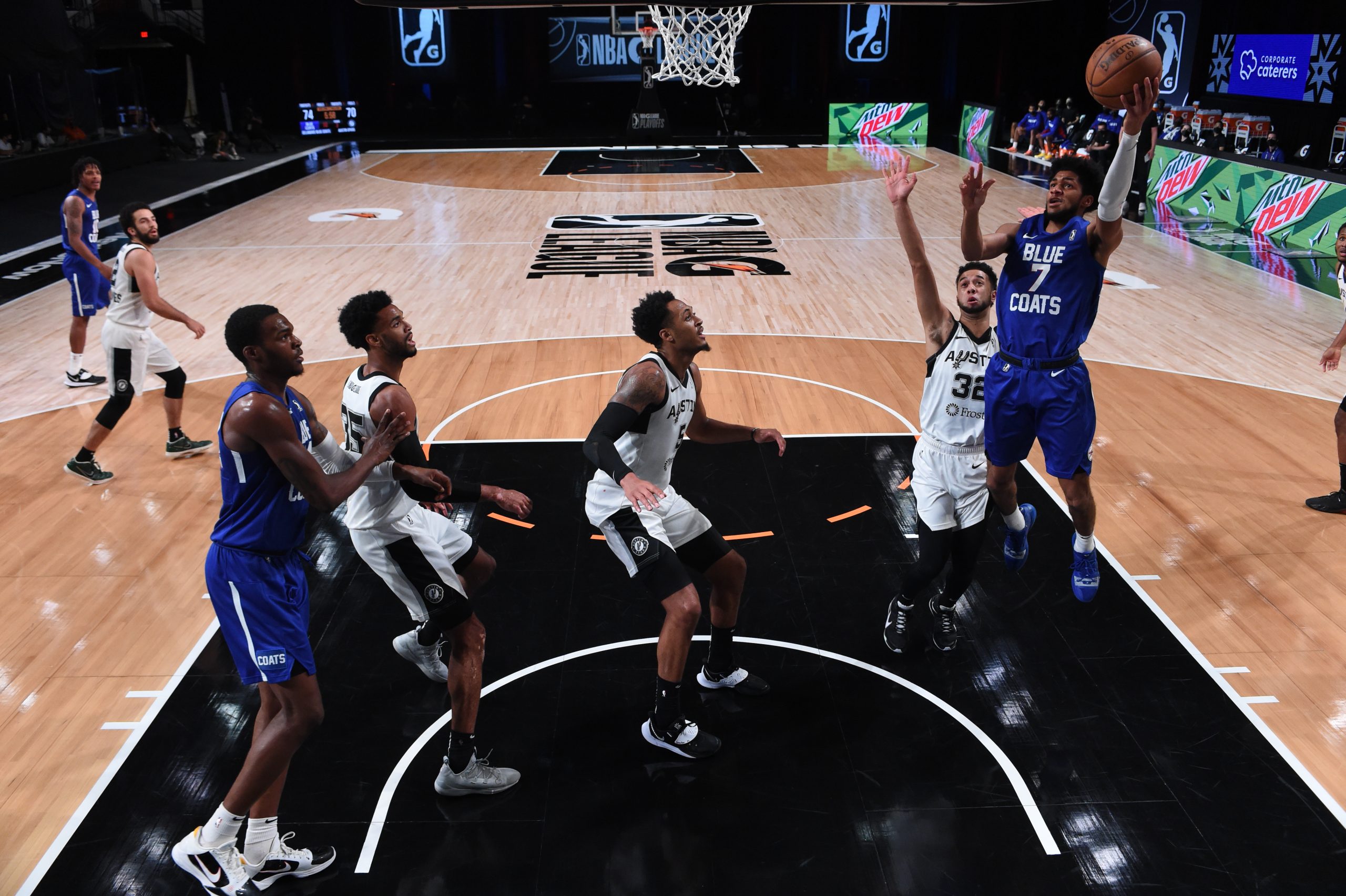 The Delaware Blue Coats participated in their first playoff game in franchise history on Monday night, where they defeated the Austin Spurs 124-103 in the first round of the NBA G League playoffs.

The Blue Coats came into this game, winning three out of their last four to wrap-up the shortened NBA G League regular season.

Rookie guard Isaiah Joe, who was recently sent down to the Orlando bubble by the Philadelphia 76ers, was the standout performer against Austin with 28 points (game-high), four rebounds, and three assists.

A significant amount of Joe’s points came from beyond the arc, where he shot an efficient 7-of-15 from three-point range. As a team, Delaware shot 40.9 percent from distance on Monday night.

Joe mentioned after the game that he was excited to be receiving more playing time in the bubble than he had been with the Sixers.

“Now it is close to playoff time, the competition has been heightened a little bit, so it’s definitely good to be playing during these times,” he said. “It’s definitely a good thing to be in this bubble. They got everything laid out for us, all we got to do is worry about hooping.”

Sixers rookie and two-way player Paul Reed, who has made a case for G League MVP this season, put up 17 points and six rebounds in the win over Austin.

Nevertheless, both rookies will need to continue to put up similar numbers in the semifinals on Tuesday against the Raptors 905.

The last time the Blue Coats played the Raptors 905 on Feb. 24, the Raptors shot over 40 percent from three and won by 31 points. Head coach Connor Johnson echoed how the Coats have to be better on the defensive end this time around if they want to move on to the championship.

“For us, it’s going to be how we can guard the three-point line as best we can with not opening up too much for stuff inside the paint,” he said. “I think it’s a great challenge. We played some good defense today that we’re proud of, but it’s going to be another step for us to play probably one of the most talented teams in the G League.”

The Blue Coats will play the Raptors 905 Tuesday at 9:15 p.m. ET on ESPNU for a trip to the NBA G League championship.