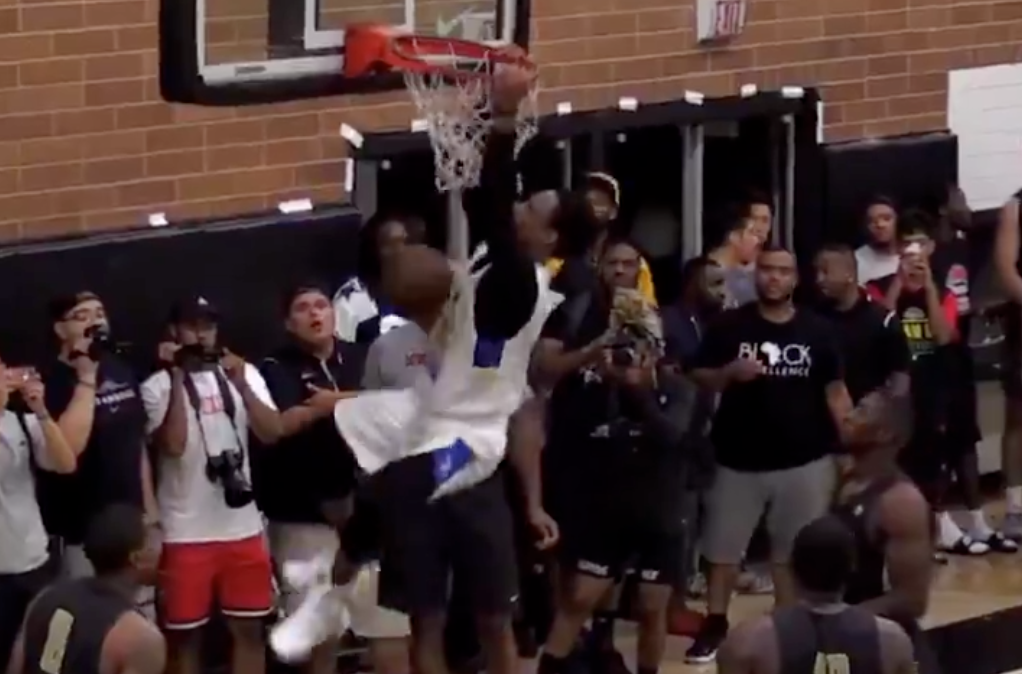 DeMar DeRozan has been extremely upset about having been traded from Toronto to San Antonio, which he’s expressed on Instagram — multiple times.

It appears that he’s attempting to get his frustration out in the best and most appropriate way possible — on the court.

DeRozan, who has been known to show up at the Drew League over the years, did exactly that on Sunday. He casually dropped in and suited up for a game, and he threw down a pretty sick dunk to wow fans while there. Check out this alley-oop he threw off the backboard so he could slam the ball home.

We’ve never seen DeRozan throw down highlight-reel dunks such as that one in an NBA game, but apparently, the potential is there.