Depth is the reason for the Eagles’ success this season 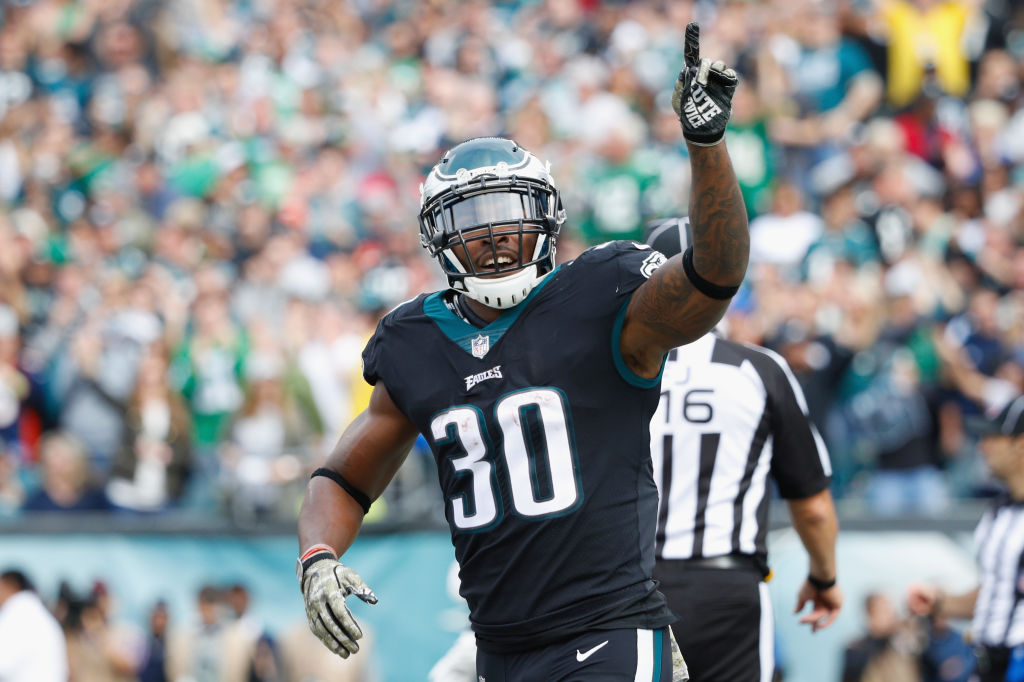 Throughout a 16-game NFL schedule, there are bound to be injuries. Some of these injuries are minor, while others are significant where a player has to go injured reserve, ultimately putting that respective team in a bind.

Over the years, that bind has cost many teams a potential run to the Super Bowl, leaving players, coaches, and fans alike miffed at what could have been. Perfect examples of this scenario are when the Green Bay Packers lost quarterback Aaron Rodgers in Week 6 to a broken collarbone, while the Houston Texans lost rookie quarterback Deshaun Watson to a torn ACL in practice on Nov. 4.

In both cases, each team had a strong chance to win their respective divisions, but losing their top signals all but ended those hopes.

However, for the teams that can hurdle over those injury obstacles, they improve over time, and become a force to be reckoned with later in the season. One team that has not faltered due to the various debilitating injuries are the Philadelphia Eagles.

The Eagles own the best record in the NFL, standing at 10-1, and currently have a nine-game winning streak after defeating the Chicago Bears 31-3 on Sunday.

Not to mention, they are playing this well without linebacker Jordan Hicks, left tackle Jason Peters, and running back Darren Sproles, who all play integral roles on the team. The Eagles were also without cornerback Ronald Darby for several weeks with a dislocated ankle.

The casual football fan would think that not having any of these players would mean doom and destruction for the Eagles. However, to their credit, the Eagles rose above the injuries, thanks to coaching, smart decisions, and depth.

While coaching is important in the grand scheme of things, depth is one of the main reason why the Eagles are successful this season. It is the next man up mentality, where when one player goes down, the next guy steps in ready to do the job.

For Philadelphia, the next man up mentality has proven to be a major key as many players are not only gaining experience, but also discovering their untapped potential. A perfect example of this happened after Sproles went down with a torn ACL and broken arm.

Losing Sproles in Week 3  hurt the Eagles as they were losing a dynamic punt returner and weapon on offense who could exploit mismatches against slower defenders. However, his injury opened the door for running backs Kenjon Barner and Corey Clement to show what they can do against NFL caliber players.

That being said, Barner and Clement have not disappointed as both players have brought different elements to the Eagles’ special teams and offense. For starters, Barner is doing a great job handling punt return duties, averaging a career-high 11.4 yards per return.

Even though he has not scored a touchdown yet, the former Oregon Duck has done a great job putting the Eagles in great field position this season. If you don’t believe me, just ask the Arizona Cardinals’ special teams who had a tough time tackling him on punt returns.

Then on the offensive side of the ball, Barner is also making a small impact, which is amazing to think about because during the Chip Kelly Era, he was not a factor.

This season, he has 38 rushing yards and a touchdown, which came last week against the Dallas Cowboys and 42 receiving yards. While Barner’s numbers may not be outstanding, they do serve a purpose in the Eagles’ overall offensive scheme.

Clement, on the other hand, has given the Eagles’ offense a shot in the arm, and knocked last year’s fifth-round pick Wendell Smallwood out of the running back rotation. The Glassboro, New Jersey native, and former Wisconsin Badger, is shocking the NFL world each week, proving why he maybe should have been drafted.

Through 11 games this season, Clement has 317 total yards (259 rushing and 58 receiving yards) along with six total touchdowns. He is not only an east-west runner, but can run in between the tackles, providing a perfect compliment to LeGarrette Blount and Jay Ajayi.

Speaking of tackles, second-year tackle Halapoulivaati Vaitai has done an admirable job stepping in for Peters and protecting quarterback Carson Wentz’s blindside. Vaitai’s rookie year was tough as he was known for getting beat like a drum by Washington’s Ryan Kerrigan, allowing him to destroy Wentz’s jersey.

However, this season, Vaitai has done a complete 180-degree turn as he looks much more comfortable playing left tackle and right tackle. Since Peters went down in Week 7, the Eagles’ offensive line has not skipped a beat, and much of that has to do with Vaitai holding it down on the left side.

But what about the defense? On the other side of the ball, the Eagles’ defense has seen their fair share of injuries starting with Darby. Aforementioned, the speedy cornerback suffered a dislocated ankle in Week 1, and did not play until last week against Dallas Cowboys.

What did the Eagles do? Well, using the next man up mentality, defensive coordinator Jim Schwartz turned to rookie cornerback Rasul Douglas who did not skip a beat playing on the outside, opposite second-year corner Jalen Mills.

Using his 6-foot-2, 209 lbs. frame, Douglas had 18 total tackles, nine pass deflections, and two interceptions in Darby’s absence. While Douglas’ production was eye-opening to some, it should have been expected as he was an interception machine at West Virginia University.

Now with Darby healthy, Douglas can be used in more situational opportunities, which only helps the Eagles’ secondary.

Finally, when you take a look at how the Eagles have replaced Hicks, Schwartz pressed the right buttons once again. Nigel Bradham took over making the middle linebacker calls and is playing some of the best football of his career.

Despite both Kendricks and Walker being liabilities in pass coverage, they are a part of a run defense, which is only giving up a league’s best 65.1 yards per game. It does not get any better than that.

The Eagles have shown through 12 weeks of the season that they can weather and dance through the storm. However, they still have a few tough games left on their schedule.

If they can continue to stay healthy and guys play to their capabilities, then there is no reason why this team can’t make a deep playoff run.