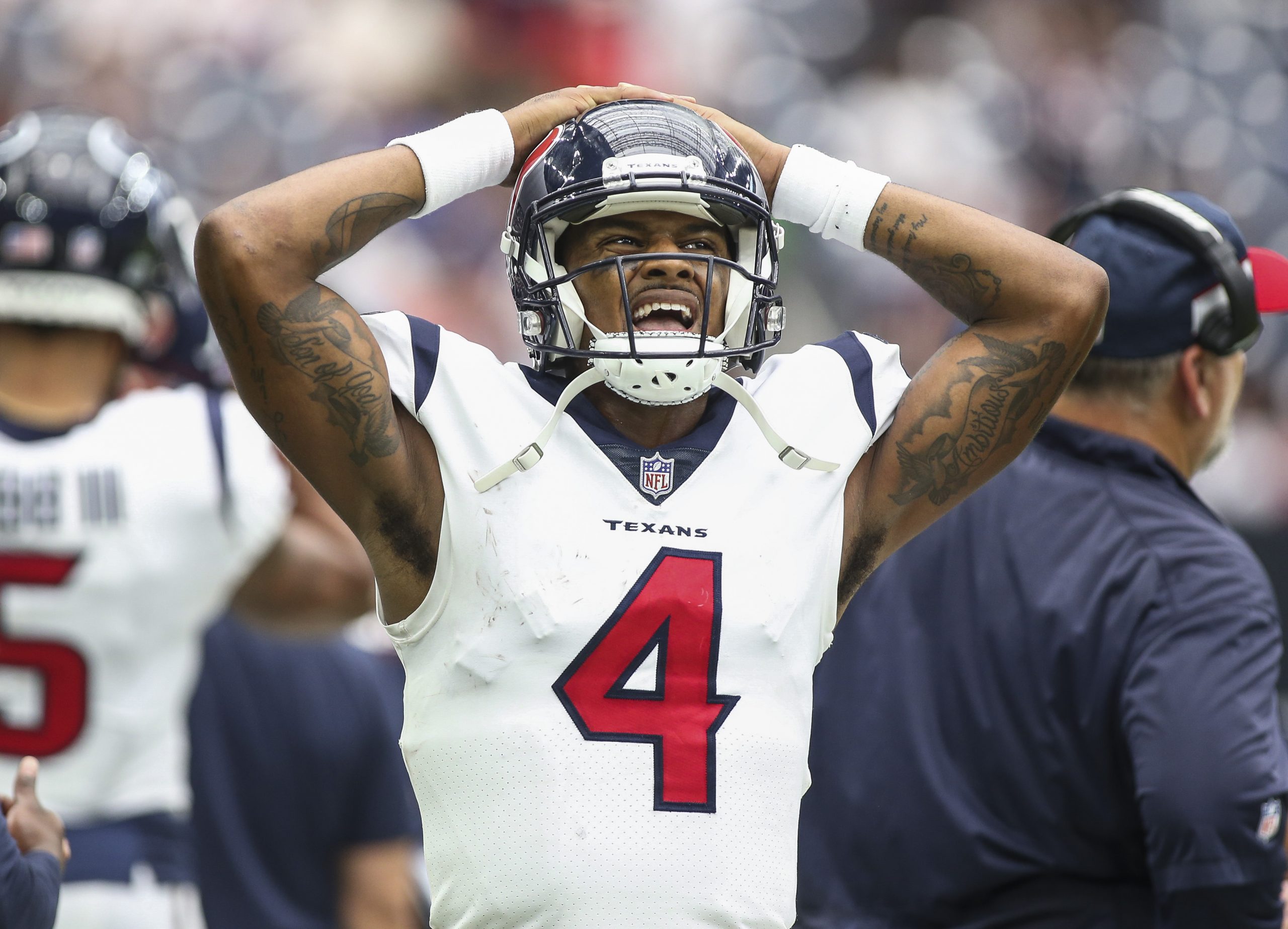 Three years ago I wrote a piece about how then Washington Redskins quarterback Kirk Cousins “deserved better“, and now, here I am again, writing a very similar piece, but this time about Houston Texans quarterback Deshuan Watson.

It’s almost tragic, in the sports sense of the world, to see a talented quarterback waste the prime of his career with a team and coach that doesn’t fully engage the talents of their signal caller.  It happened in Washington, and now it’s happening in Houston.

Watson is an elite level talent at quarterback, easily one of the top 10 in the game today, but when you’re playing in Houston with a front office that almost seemed intent on giving Watson no offensive help at wide receiver, you really question what their big idea is.

This isn’t Dallas, where the thought of paying your franchise quarterback something like a possible $42 million a year next year means sacrificing your entire team, because Dallas has built up their offense, providing Dak with a Swiss army knife of weapons, and an offensive line that is still one of the best in the league.

There has to be a culture change in H-Town, unless their goal is just to make the playoffs, then awesome, but if they ever plan on hoisting up the franchises’ first ever Lombardi Trophy, it’s not ever going to happen with the administration currently in place.

David Johnson might prove to be a great pickup for the Texans, I’ll give them credit for that move, until you found out that they gave up one of the best receivers in the game to acquire Johnson.

In David Johnson, Houston finally lands a running back that is a dual threat out of the backfield, however, his abilities would only be magnified with a receiving core that scares a defense.

In Houston’s case, this isn’t gonna happen today or tomorrow.

Now don’t get me wrong, I really like Fuller and Cobb, but I don’t believe that’s enough to have defensive coordinators around the league up late at night on Saturday before they play the Texans.

Number four deserves better, that’s the truth.  He’s too good of a quarterback to get pummeled and pushed around in the league any more.  If Watson was playing for New England or San Francisco, he’d be well taken care of on the field, in Houston however, you don’t really get that feeling.

He’s LeBron in Cleveland before he left to Miami.  They’ve given him little pieces, but not enough to win a championship.