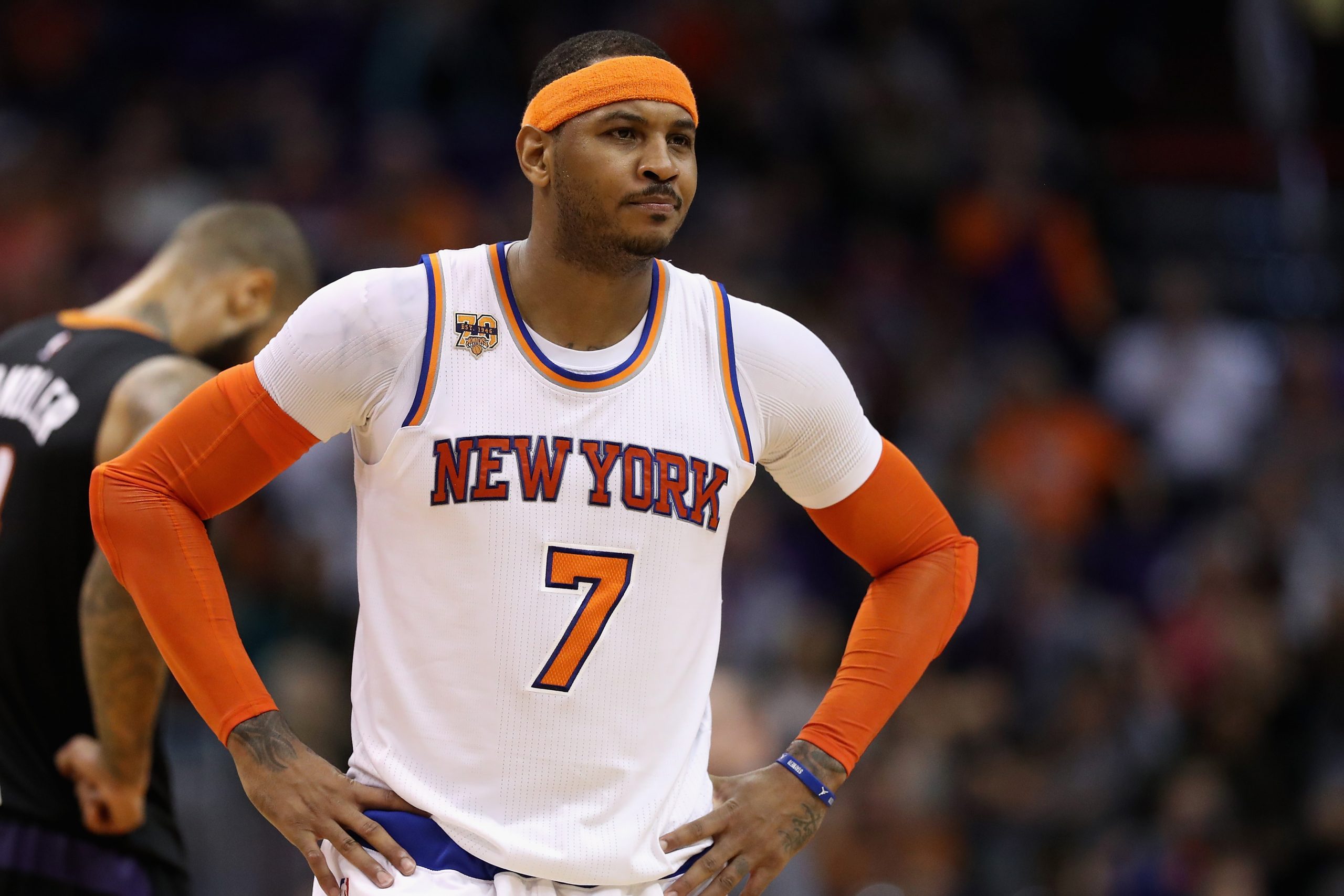 “Hoodie Melo” strikes again. In the latest star-studded pickup game played at the “Melo Gym” at Jordan Terminal in New York City, NBA sharpshooters Devin Booker and CJ McCollum were among those to hit the hardwood with Carmelo Anthony.

With Anthony and the Knicks continuing to explore trade opportunities for the ten-time NBA all-star, McCollum has been a vocal advocate about potentially recruiting Anthony to the Blazers. That said, his no-trade clause allows him full say on where he goes (or if and when, perhaps). NBA training camp and a brand new season are just around the corner, so it would make sense for Anthony to stay put in New York for a little while longer. He and McCollum are probably just good friends at this point, much more so than potential teammates.

Whereas this was a repeat appearance for McCollum, it looked like the first time for Booker. Anthony and Co. were also joined by New York native Danny Green, Anthony’s good friend J.R. Smith, and newest Knickerbocker two-way signee Luke Kornet.

Even as the possibility of a trade remains, Anthony has still taken the opportunity this offseason to be a good teammate to some of the younger Knicks. Kornet will be splitting his time between New York and the G League affiliated Westchester, so it says a lot that Anthony would reach out and embrace the incoming rookie into this highly competitive contest. Take a look below for footage of the game.