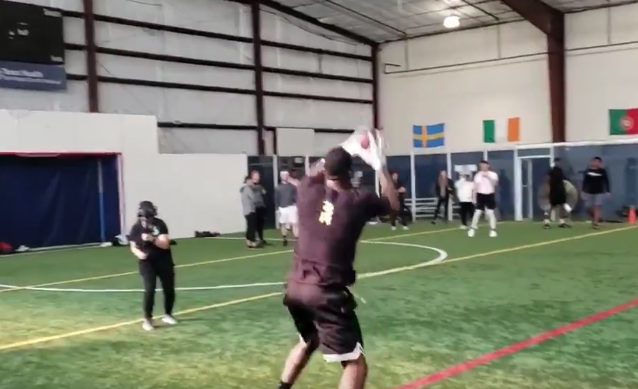 Bryant did latch on with the Saints in 2018, and has set to play for them, but he tore his Achilles in practice, and he’s been rehabbing ever since.

He does look to be fully recovered, and is moving well, according to a video of him catching passes from Chiefs quarterback Patrick Mahomes. The two worked out on Friday, and made some sweet music together.

Bryant could be a a solid addition to a team that needs depth, and a red-zone threat.