Did USMNT Make The Right Decision on Zack Steffen? 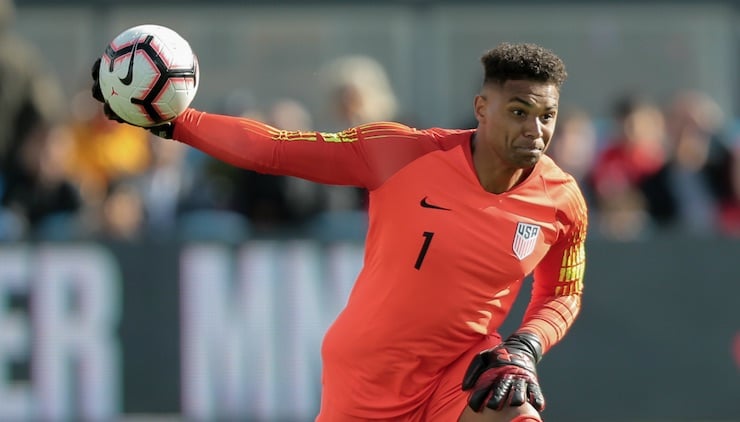 The United States men’s national team will announce the official roster for the 2022 FIFA World Cup in Qatar on Wednesday, but one familiar name is not expected to make the cut.

According to a recent report from CBS, the USMNT roster is not expected to feature goalkeeper Zack Steffen.

Several news outlets, including The Athletic, have picked Steffen as the No. 1 goalkeeper in their final roster projections.

While the news won’t be official until the United States World Cup roster is announced on Wednesday evening at an event in New York, that notion appears to be changing leading up to Qatar.

Steffen has long been the preferred goalkeeper of USMNT coach Gregg Berhalter but his omission will open up the door for Evan Horvath and Matt Turner to compete for No. 1 spot.

Which Goalkeepers Will Be On The USMNT Roster?

With Steffan reportedly being left off of the roster, the No. 3 goaltender spot could be a weakness for the US heading into Qatar.

Turner has the most to gain from a strong performance at the World Cup and will reportedly have a chance to compete for the No.1 goaltender spot when the US takes on Wales on Wednesday.

Turner recently dressed for Arsenal after missing three consecutive matches and a strong showing in Qatar could help him find a new home in the Premier League.

Meanwhile, Steffan had been playing well prior to being reportedly left off of the US soccer team.

After moving from Middlesbrough on loan from Manchester City, he earned a clean sheet on Monday night in a win at Blackpool.

Steffan started seven games in 2021 for the US before coming off injured in the Nations League final against Mexico. Horvath replaced him and saved a late Mexico penalty to help the US win the competition.