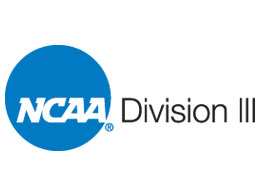 Net Set (NS) DIII Rankings and the NS Index are an average from the two polls or rankings listed below. The NS Rank is a numerical average based upon the positions of teams in these polls or rankings. In the Net Set Ranking, the team’s position in each poll or ranking is summed and then averaged to create the NS Index. This NS Index is then arranged, or ranked, in ascending order, with the lowest NS Index determining the number 1 team, the second lowest NS index determining the number 2 team, and so forth.

AVCA, or the American Volleyball Coaches Association, publishes an outstanding weekly poll for each volleyball division from its member coaches in that division. Thus, DIII coaches are voting on the teams in the DIII poll, and these are the women and men who see these teams in action up close and personal, and undoubtedly one of the best sources on information for polls and ratings. To see the AVCA poll intact, with all 25 teams, first-place votes, adjusted ranking points, and other neat info, go to: (http://www.avca.org/polls/diii-women/11-1-2016.html).

The Pablo Rankings are an incredibly ingenious ranking system that operates on a probabilistic, algorithmic approach and analyzes and measures the difference in abilities between two teams overall and in a match. In terms of accuracy and predictive analytics, the Pablo Rankings are the most accurate mathematical model available today. You can find a detailed explanation of the Pablo Rankings at this web location: (http://www.richkern.com/vb/rankings/PabloFAQ.asp).

What is NCAA Division III, or DIII? Straight from the NCAA website we read the following explanation: “Division III institutions have to sponsor at least five sports for men and five for women, with two team sports for each gender, and each playing season represented by each gender. There are minimum contest and participant minimums for each sport. Division III athletics features student-athletes who receive no financial aid related to their athletic ability and athletic departments are staffed and funded like any other department in the university. Division III athletics departments place special importance on the impact of athletics on the participants rather than on the spectators. The student-athlete’s experience is of paramount concern. Division III athletics encourages participation by maximizing the number and variety of athletics opportunities available to students, placing primary emphasis on regional in-season and conference competition.”