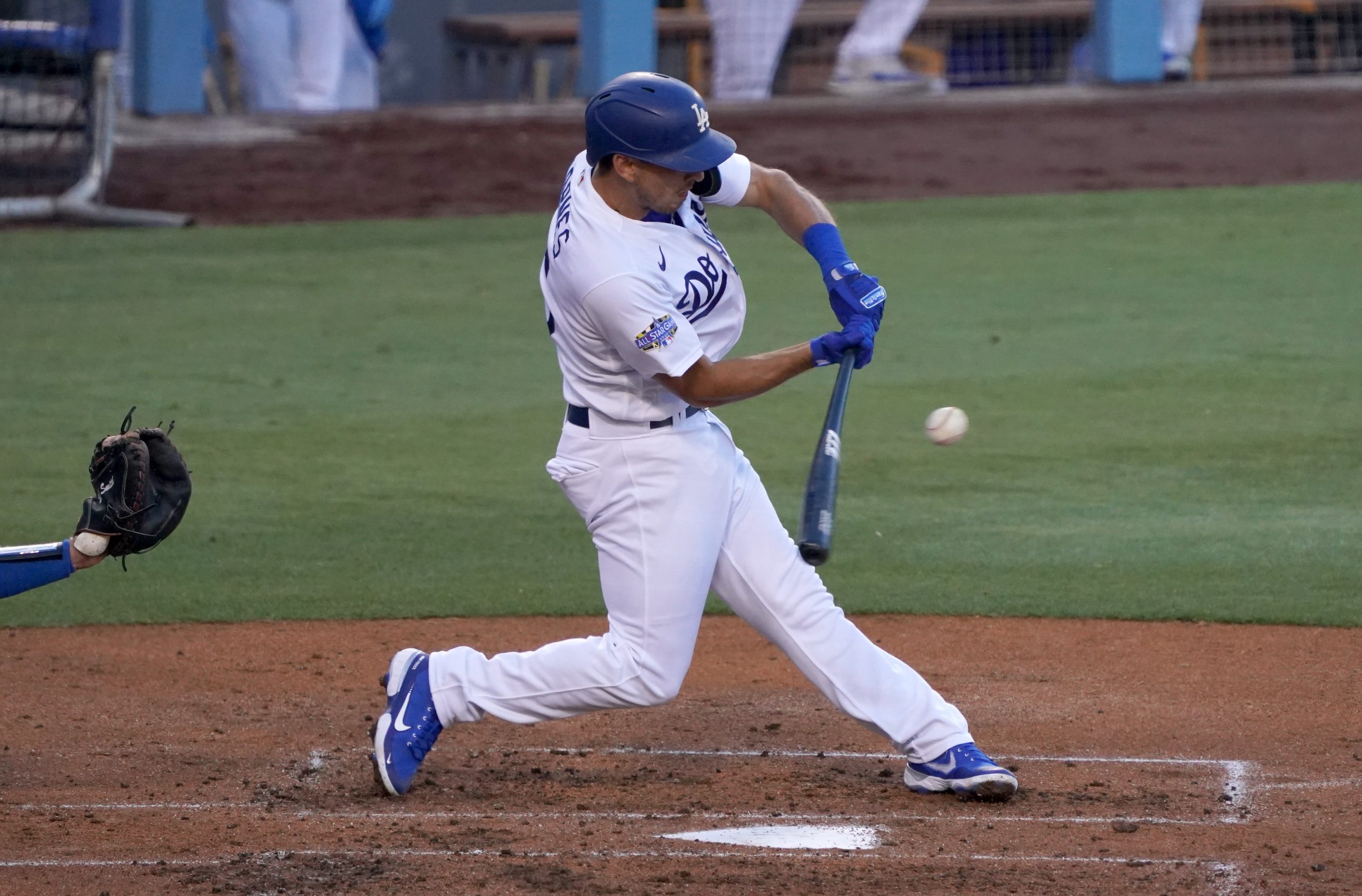 The Los Angeles Dodgers have taken the term “clutch hitting” to a whole new level during the 2020 Major League Baseball postseason. On Friday night in game three of the World Series, the Dodgers recorded their 50th run of the postseason with two outs, and 36th run of the postseason with two strikes in a 6-2 win over the Tampa Bay Rays from Globe Life Field in Arlington, TX according to ESPN. Both feats are Major League Baseball postseason records.

Dodgers third baseman Justin Turner of Long Beach, CA began the scoring in the first inning with a two-out, two-strike 397 foot home run to left field to put the Dodgers up 1-0. Then in the third inning, Dodgers first baseman Max Muncy of Midland, TX hit a two-out, two-strike double which scored shortstop Corey Seager of Charlotte, NC, and Turner, which put Los Angeles up 3-0.

The extraordinary clutch hitting continued in the fourth inning. With the Dodgers up 4-0, Dodgers right fielder Mookie Betts of Nashville, TN notched a two-out, two-strike RBI single which scored Joc Pederson of Palo Alto, CA and put Los Angeles up by five. Then, the Dodgers recorded their fifth run of the evening with two out and two strikes in the sixth inning when catcher Austin Barnes of Riverside, CA hit a 425 foot home run to center field to put the Dodgers up 6-1.

The Dodgers have also exemplified remarkable balance when it comes to power throughout their lineup. Seven different Dodgers have hit a home run in the World Series. Besides Barnes and Turner, other Dodgers who have gone deep after three games in the World Series have been left fielder Chris Taylor of Virginia Beach, VA, catcher Will Smith of Louisville, KY, center fielder Cody Bellinger of Scottsdale, AZ, Betts, and Seager. According to John Labombarda of the Elias Sports Bureau, the Oakland Athletics hold the record for most players who have hit a home run in the World Series, as they had eight players in the 1989 World Series.

The Dodgers now lead the Rays two games to one in the World Series. Game four is Saturday night.