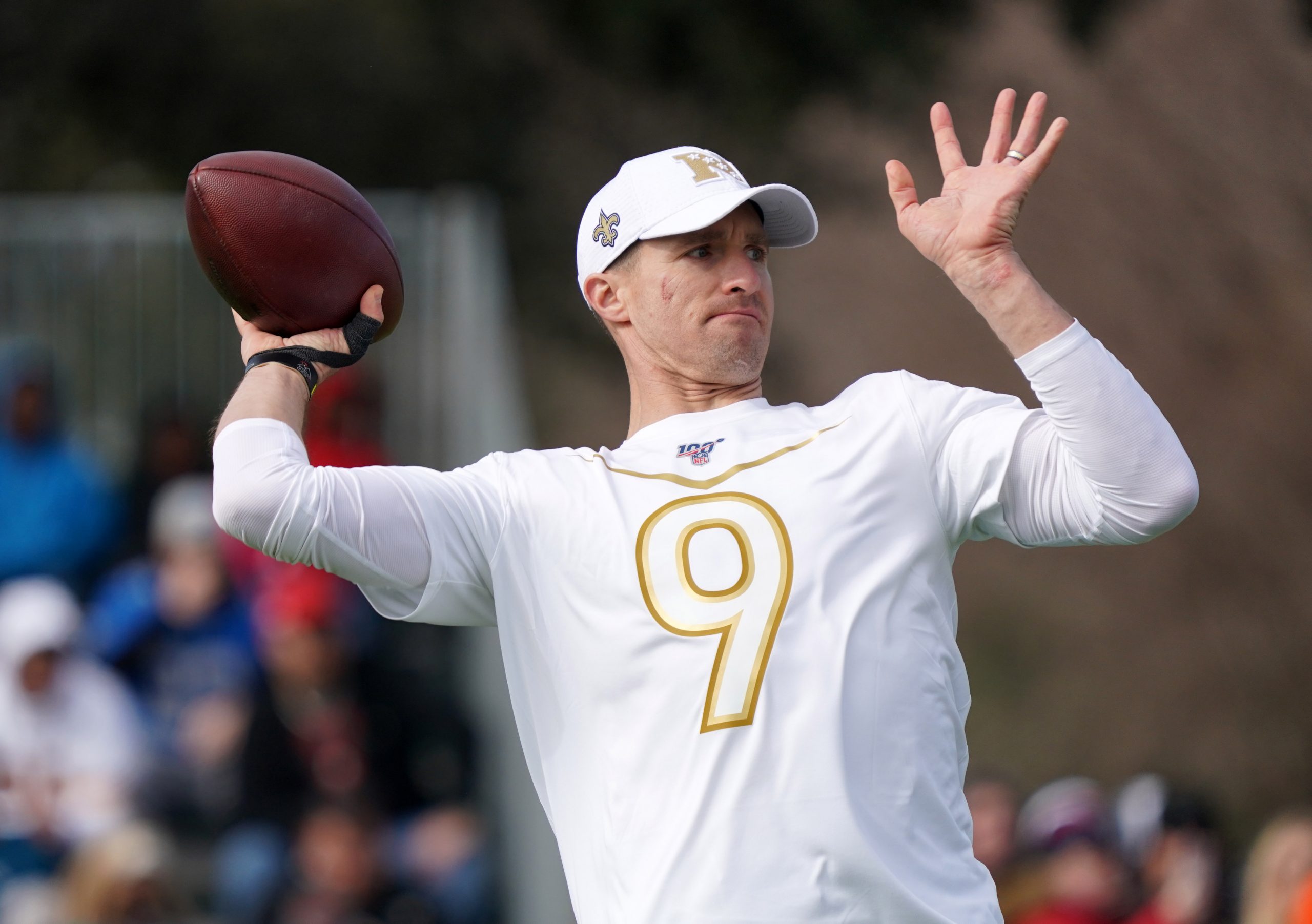 Saints quarterback Drew Brees is 41 years old, and, just like for Tom Brady, it appears Father Time has caught up to him.

Brees’ arm strength has really diminished the past two seasons, and this particular year was even more troublesome, as he missed five games due to a thumb injury. It was expected that that time off would actually benefit him, giving him a bit of a rest, but his performance against the Vikings in the NFC Divisional Playoffs showed otherwise.

He’s currently on track to become a free agent, and all possibilities are on the table. Brees could re-sign with the Saints, test the free-agent market or could even retire.

And while he still has yet to express his intentions, he did come out and shed some light on what the decision making process behind his eventual retirement entails.

“I pride myself on toughness and durability and this is a tough sport. And some injuries are out of your control,” Brees said on NFL Network’s “Super Bowl Live,” as transcribed by Nick Shook of NFL.com. “Whatever is in your control, I’m going to try to be the very best that I can be at that. From a training perspective, diet, sleep habits, everything especially at this stage in my career. I’m not getting any younger. I tell myself I am. The age keeps going up. I tell myself I’m getting younger. But bottom line is you gotta work harder to maintain and continue to take care of your body.

“I take pride in being available for my team. To miss that time especially for something like a thumb where the rest of your body feels good. But you need the thumb to grip the ball. Tear a ligament, have the surgery, it’s cast up for a little bit then you just rehab it. It was frustrating cause I’m kind of an antsy dude. Like I’m on the sidelines just grooving to the ball. ‘I gotta get out there.’ You know. Just doesn’t feel right. I think that was a benefit for me cause five weeks of not getting hit. Obviously, the team was playing great. Everything happens for a reason. I actually came back stronger.”

Brees continued, saying he wanted to go out on his “own terms.”

“Listen. When I walk away, I don’t want it to be because I can’t play the game anymore because there’s 32 teams saying, ‘Alright, see ya later.’ I want it to be on my own terms first,” he said. “And I want it to be because I just want to spend more time with my family. I’m ready for that next chapter. When that time comes, I’ll know. I also recognize when the season ends you just take some time and decompress and kind of just go through that process the right way.”

It will be interesting to see if he does go that route in the coming weeks. Saints fans may not want to hear it, but it’s possible.