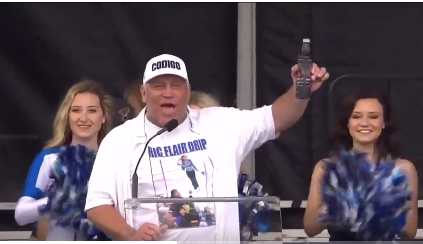 The Blues have done plenty of celebrating over the past few days since the team won its first title in franchise history, and no one has partied harder than the team’s general manager, Brett Hull.

The championship parade was on Saturday, and Hull appeared drunk from start to finish, seen with a beer in his hand for literally the entire event.

He gave an epic speech at one point, and that’s where this new signature catch-phrase chant was born. It’s simple, yet effective.

Hull is giving Ovi a run for his money on the Blues Stanley Cup parade day😂pic.twitter.com/mLgpXE7ROh

And then he sang “Gloria.”

Quite the rendition of the team’s rally song this year. That was one of the best-worst versions we’ve heard.