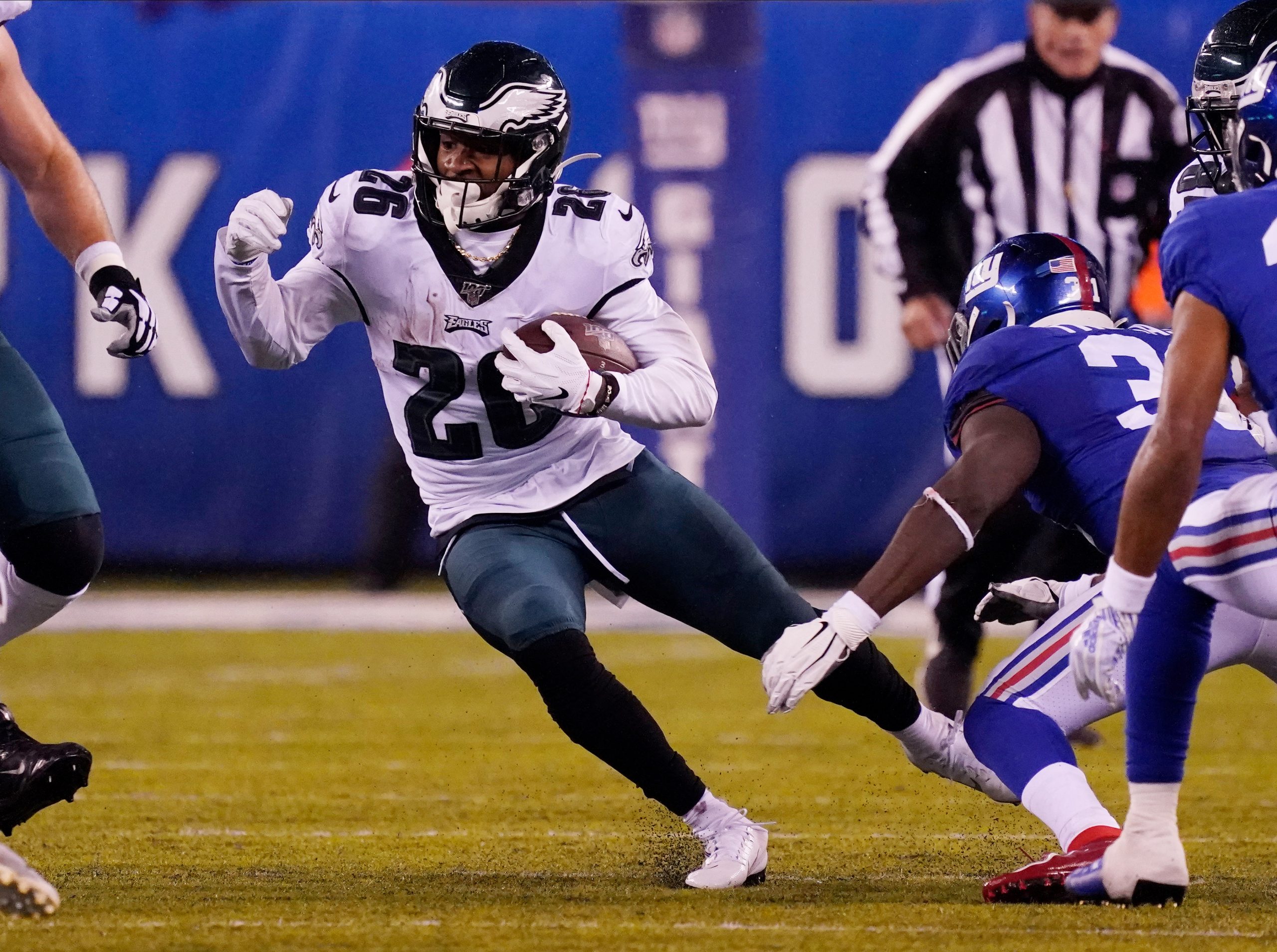 No letdown or letup so far for the Eagles in 2022, almost like too much good news…Rainy day at the Meadowlands but sunshine on the stat sheets….

Nailing down a playoff berth was first thing on the Philadelphia Eagles‘ wish list for the season. They want more and, with the league’s best record and the way they continue to blow out opponents, who’s going to stop them?

Jalen Hurts threw for two touchdowns and ran for another as the Eagles clinched their second straight playoff berth and fifth in six years with a 48-22 win over the fading New York Giants on Sunday.

“We got way bigger goals than this one,” Eagles coach Nick Sirianni said without referring to the NFC East title, the top playoff seed or the Super Bowl. “On to the next one. It’s nice to get this win here because this is a good football team. It’s nice to come out here and play well on the road.”

Hurts improved his MVP credentials by throwing for 217 yards and hitting DaVonta Smith on a 41-yard fourth-down TD strike and A.J. Brown on a 33-yarder as the Eagles (12-1) scored on their first three possessions. The third-year quarterback also ran for 77 yards, highlighted by a 10-yard TD scamper late in the third quarter.

“The most simple thing we’ve done is to try and grow and execute,” said Hurts, who was 21 of 31 passing. “It’s good that we prepared in a way that we’ve been able to execute at a high level. We just want to continue to do that. That’s the name of the game.”

Miles Sanders ran for 144 yards, scored on runs of 3 and 40 yards and hit the 1,000-yard mark for the season (1,068) as the Eagles handed the Giants their worst loss under first-year coach Brian Daboll. Jake Elliott kicked two field goals and the defense finished with seven sacks, including three by Brandon Graham.

“We’re not done yet,” Graham said. “I feel great, just us reaching our goals: making the playoffs, postseason. We’ve got so much more game and ball to go. We’ve got to make sure we finish like we want to. A great first step.”

Daniel Jones and Tyrod Taylor threw touchdown passes for the Giants (7-5-1). They have one win in their last six games (1-4-1) and their hopes of their first playoff berth since 2016 are slipping with four games remaining.

The Eagles, who have the league’s second-ranked defense and third-ranked offense, dominated from the start. They sacked Jones twice on the opening series and Hurts then took over, driving them 84 and 91 yards for touchdowns. 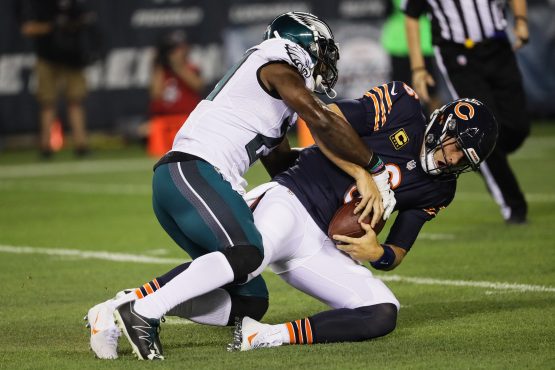