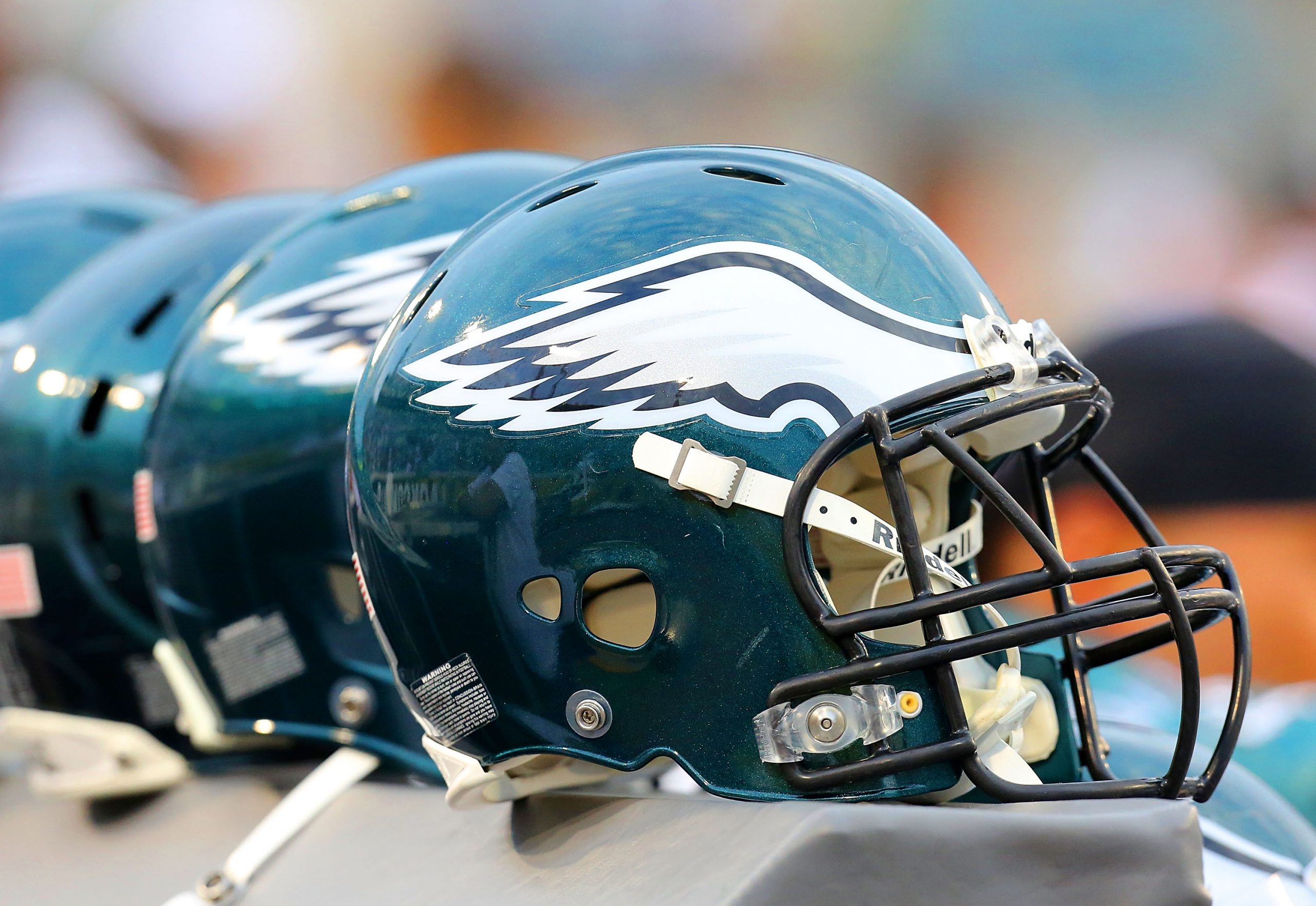 Yes the Eagles (4-0) got the W, but it came with some collateral damage.

Injuries are piling up, and were already a factor going in, as the Eagles played without nickel cornerback Avonte Maddox and running back Boston Scott and then lost Darius Slay (forearm) and Jordan Mailata (shoulder) early, then later LB Patrick Johnson with a head injury.

The gloomy wet windy weather in Philly didn’t exactly portend a stirring come-from-behind victory for the home team, but that is exactly what the Eagles pulled off against Doug Pederson’s Jaguars (now 2-2) despite the mounting injury factor.

Philadelphia, which trailed by double digits for the first time this season, rallied from a 14-0 deficit and scored 29 unanswered points to take control of the game. Jalen Hurts had a 3-yard touchdown run on fourth-and-goal from the 3-yard line to get the scoring started and make it 14-7. The Eagles followed that drive by forcing a three-and-out. On their next series, Sanders had a 10-yard touchdown run to tie the game at 14-14. Kenny Gainwell then scored from 10 yards out to put the Eagles up 20-14 before halftime (the PAT attempt failed).

Jake Elliott added to the lead early in the fourth quarter with a 28-yard field goal before Sanders put Philadelphia up 29-14 with a 5-yard touchdown run — his second of the afternoon. Sanders had a key third down run that went for seven yards on third-and-5 in the final minutes that helped chew several minutes off the clock late in the game.

Jacksonville took the early lead on an Andre Cisco 59-yard interception return that put the Jaguars up 7-0. Jamal Agnew also had a two-yard touchdown catch that put Jacksonville up 14 points in the first quarter. While Agnew finished with two receiving touchdowns on the day, the Jaguars were doomed with five turnovers and a stretch where they went 13 plays for 27 yards while Philadelphia was rallying from its two-touchdown deficit to take the lead.

Up 29-21 with 1:48 left, Haason Reddick forced a strip-sack fumble on Trevor Lawrence (his second of the game) to seal the win. The Eagles forced five takeaways and had three sacks on the day.

Jeff Kerr from CBS Sports called this moment the Turning Point of The Game:

“The Jaguars went for the statement on a fourth-and-3 from the Eagles’ 34-yard line early in the second quarter with a 14-0 lead. A first-down conversion would have been near deadly for the Eagles, but Lawrence mishandled the snap and the play resulted in a 14-yard loss with Fletcher Cox recovering the fumble at the Eagles’ 48-yard line.

“That gave the Eagles — and the rain-soaked crowd — momentum as they went seven plays for 62 yards and a score to cut the deficit to 14-7. Philadelphia ended up scoring 20 unanswered points in the second quarter to take a 20-14 halftime lead.”