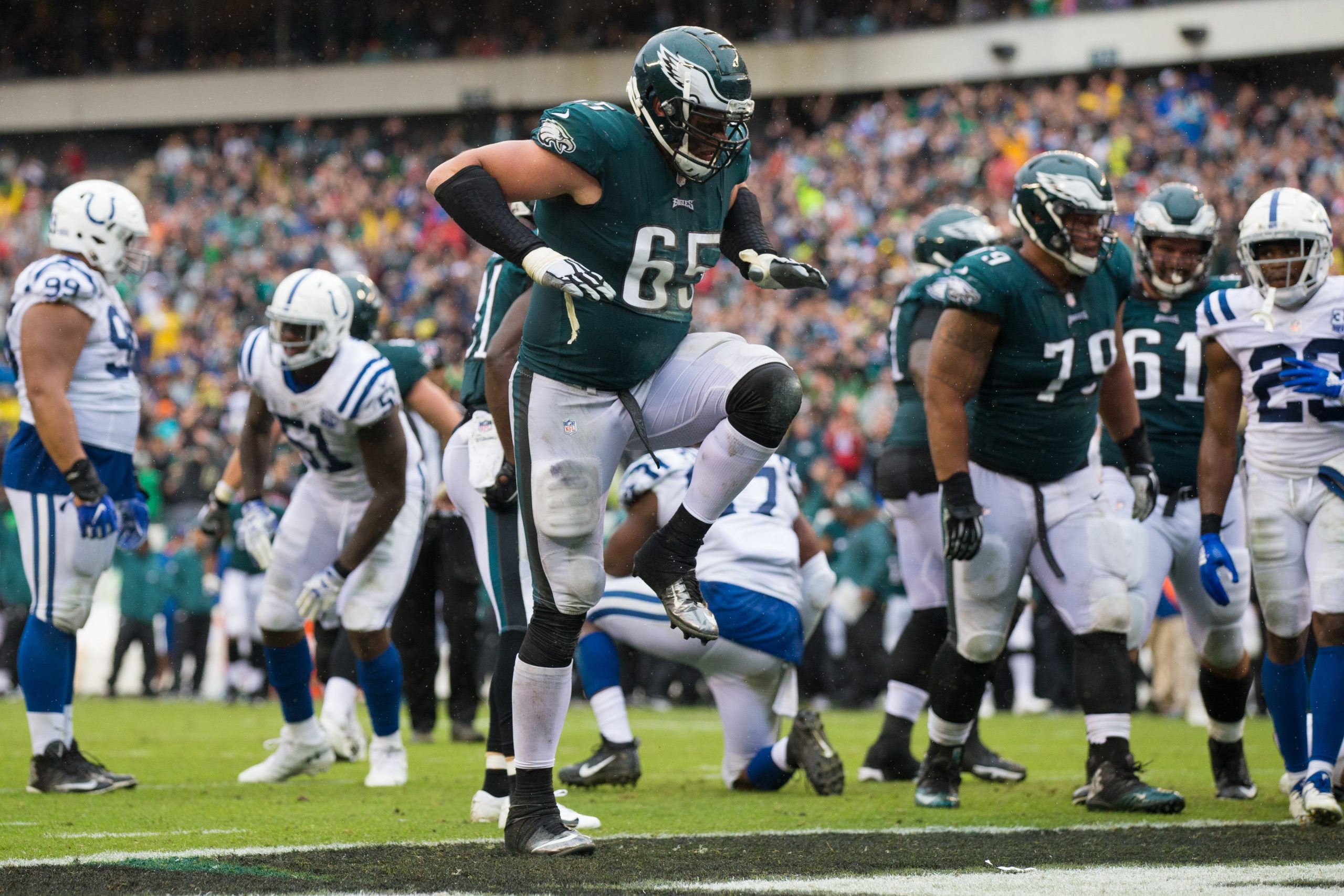 The Colts were fired up and they have a lot of talented players.  Those facts alone, however, do not completely explain why the Eagles offense was struggling so badly for most of the game.  You had way more anxiety than entertainment if you were an Eagles fan in this one.

The Eagles seemingly sleepwalked through the first three quarters against the Colts, trailed 13-3 entering the fourth and didn’t hold a lead until quarterback Jalen Hurts scampered into the end zone on a QB draw with 1 minute, 20 seconds left on the clock. They escaped Indy with a 17-16 victory and a sense that they had gotten away with something.

“Lots to clean up, for sure,” center Jason Kelce said. “We played a bad game on offense.”

Of course it doesn’t help that TE Dallas Goedert is out of the lineup and will be for another few weeks.  But the whole offensive play mix seemed off.

In the end it will go down as a dramatic come-from-behind win with a clutch performance by Jalen Hurts.

Hurts repeatedly kept the ball in his hands on short-yardage plays and delivered often — with a little help from teammates who sometimes literally pushed him past the first-down marker. And when the Eagles needed to make big plays, Hurts didn’t flinch.

The third-year quarterback went 18 of 25 with 190 yards through the air, throwing for one score early in the fourth quarter to cut the deficit to 13-10, before capping his 16-carry, 86-yard rushing day with the decisive score. It was the first time since 2010 — a span of 44 games — that Philadelphia (9-1) won after starting the fourth quarter down by double digits.

But while the Colts held Philadelphia to its lowest point total since a 13-7 loss to the New York Giants last Nov. 28, they struggled to contain Hurts.

When the Eagles lined up with less than 90 seconds to play and four receivers spread across the field, Hurts read the defense and sprinted straight to the end zone before Indy’s defense could react.

“Ultimately, they made one more play than we did,” Saturday said. “I thought our defense was playing good, playing good enough to win.”

Indy had one last shot but the drive stalled before it reached midfield.

For most of the day, the Colts played well. They drove 75 yards on their opening possession, taking a 7-0 lead on Jonathan Taylor‘s 1-yard run — Indy’s first TD on its first possession since last Dec. 25.

The Colts could only muster three more field goals by Chase McLaughlin. His 51-yard attempt that missed to the right set up Philadelphia’s first TD — a 22-yard pass from Hurts to Quez Watkins with 13:31 left in the game.

The Colts made it 16-10 on McLaughlin’s third field goal of the day with 4:37 to go, but Hurts drew a 39-yard pass-interference call on Zaire Franklin and called his own number nine plays later.

“That’s a tough one to swallow,” said Colts quarterback Matt Ryan, who played high school football near Philadelphia. “Make no mistake, that’s a good football team. We did a lot of really good things, but we made too many mistakes and that one feels like we let it get away.”

Encouraging stats for the Birds:

Miles Sanders had 13 carries for 47 yards. … DeVonta Smith finished with six receptions for 78 yards and A.J. Brown had five catches for 60 yards. … The Eagles sacked Ryan five times including on third-and-9 in the final minute.  New big guys on the defensive line (Joseph and Suh) had a measurable effect on run-stopping and pass rush.

For the Colts: Ryan was 23 of 32 with 213 yards and passed Hall of Famer Dan Marino for No. 6 on the NFL’s career list for passing attempts. Ryan’s total of 8,359 is one more than Marino. … Taylor carried 22 times for 84 yards and scored for the second straight week. … Michael Pittman Jr. caught six passes for 75 yards and Parris Campbell had five receptions for 67 yards. … Backup quarterback Nick Foles was inactive against the team he led to the Super Bowl 52 title.

Fortunately, there were no significant injuries for either team.