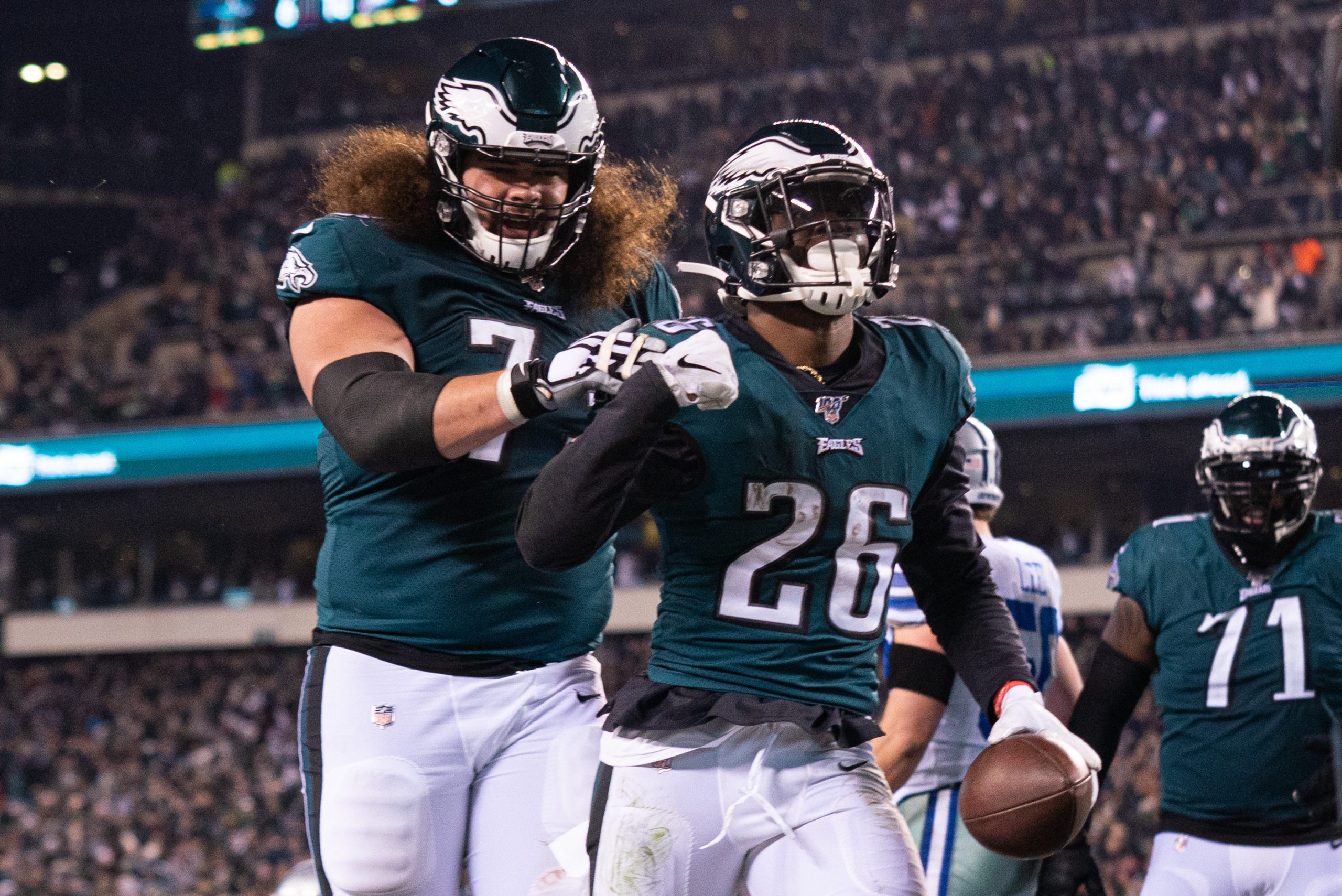 You knew the Cinder-Fella streak which Cooper Rush was enjoying had to end sometime.  Still, he had the Eagles in range before the carriage turned into a pumpkin.

Jalen Hurts threw for 155 yards and two touchdowns, C.J. Gardner-Johnson had two of Philadelphia’s three interceptions of Cooper Rush, and the Eagles stayed undefeated with a 26-17 win over the Dallas Cowboys on Sunday night.

The Eagles held on after their 20-0 lead shrank to 20-17 early in the fourth quarter, improving to 6-0 for the first time since 2004 — when they won their first seven games and went to the Super Bowl.

Philly put the game away with an efficient drive that took up more than half the fourth quarter. The Eagles converted three third downs and Hurts hit DeVonta Smith for a 7-yard touchdown. Cowboys cornerback Trevon Diggs ripped off his helmet and slammed it in anger after the score, one final blown opportunity to make a stop and wrest the NFC East lead away from the Eagles.

The Eagles failed on the 2-point conversion and led 26-17.

Hurts converted two of the third downs on rushing attempts and Philly needed the clutch runs after the Cowboys (4-2) powered their way back into the game. Ezekiel Elliott scored on a 14-yard run in the third that made it 20-10 and Rush, who mostly struggled, threw a 7-yard touchdown pass to Jake Ferguson in the fourth for a 20-17 game.

Gardner-Johnson made a diving catch for his second interception to cut off one late drive, and Brett Maher missed a 59-yard field-goal attempt in a last-gasp effort to stay within striking distance.

Rush had led Dallas to four straight victories in place of the injured Dak Prescott but was overmatched under the lights in front of a rowdy crowd — and an Eagles defense that ranks second in the NFL in points off turnovers. Rush threw two interceptions in the first half that led to 10 points for the Eagles and the ineffective QB finished the half with a 1.0 rating.

The Eagles scored 20 points in the second quarter and have now outscored opponents 112-27 in that quarter this season.

The Eagles had converted 8 of 12 fourth-down attempts coming into the game and kept the gambles rolling on their first scoring drive. Hurts connected with A.J. Brown on fourth-and-3 for 11 yards. Then on fourth-and-4 from the 10, the Eagles snared Dallas in a neutral zone infraction for an automatic first down. Miles Sanders scored on a 5-yard TD run and a 7-0 lead.

Rush, solid but hardly lighting up the scoreboard as a starter, had a pass deflected and intercepted by Gardner-Johnson, who flapped his arms after the pick and had Eagles fans going wild. Philly sports fans haven’t had much chance to settle down this fall. The Eagles are perfect, the Phillies are in the NL Championship Series, the Union host a playoff game this week, and the 76ers open the season on Thursday.

Hurts capitalized off the pick and hit Brown for a 15-yard TD and a 14-0 lead.

The Eagles now get a BYE week and will host the Pittsburgh Steelers on October 30.