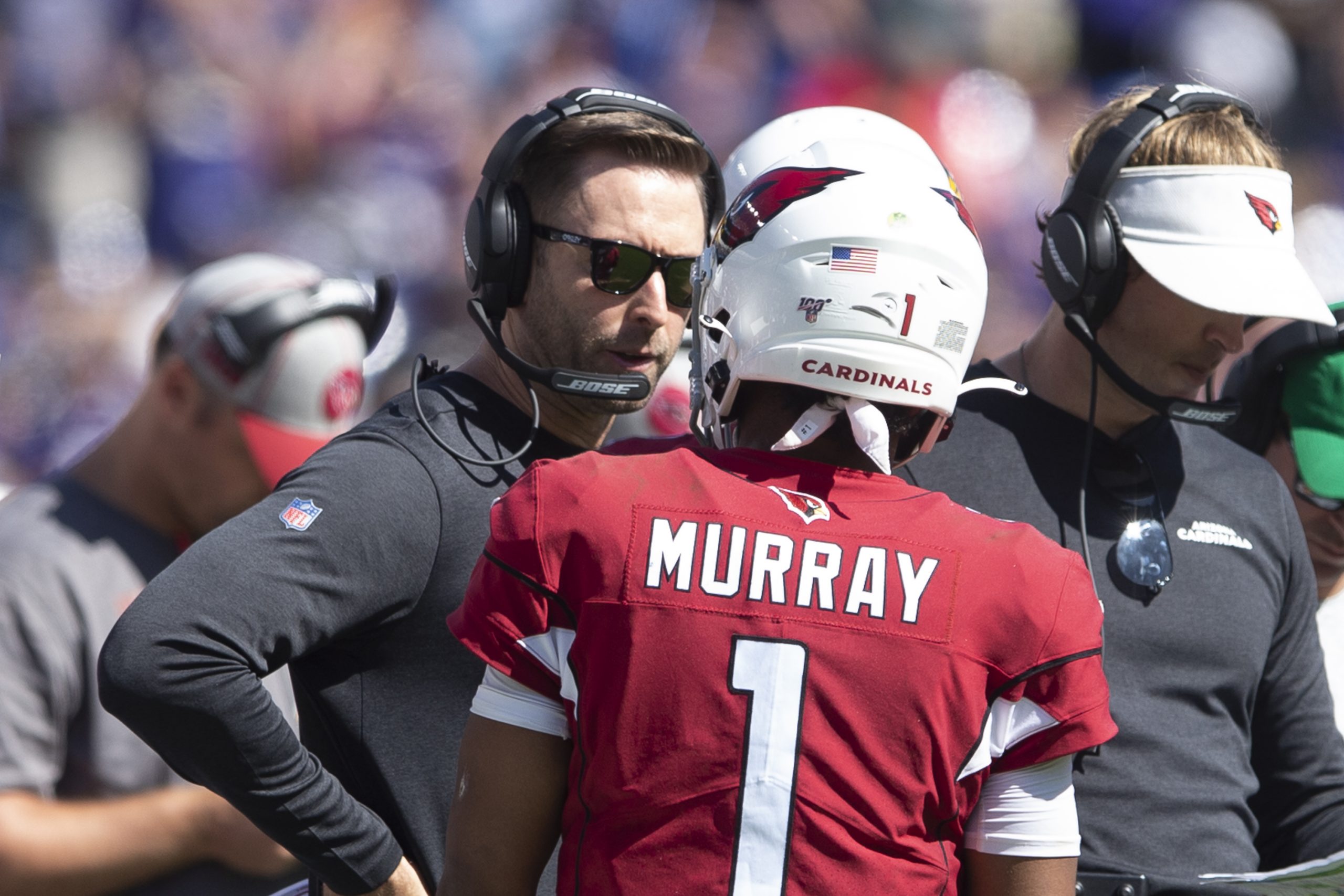 This win over the Cardinals will probably not be in your “Top 100” list of Eagles memorable victories.  It was a pretty choppy affair. In fact, you might say the Cardinals beat themselves in the end. They pulled a “Murray”, without the “Hail”, EYE guess you could say.

Jalen Hurts ran for a pair of 1-yard touchdowns and the Eagles (5-0) held on for a 20-17 victory over Arizona (2-3) on Sunday after Matt Ammendola‘s late field-goal attempt for the Cardinals sailed wide right. So it shall be written.  What we watched from the Eagles was a strange brew of solid plays sprinkled with injury problems, poor response under blitz pressure, and a defense which struggled to adjust to rapid tempo.

The Cardinals never led, but looked as if they would push the game into overtime until Ammendola missed the 43-yarder. The kick looked good for a split second but then veered hard to the right and outside the uprights. Ammendola was elevated to the active roster because of a hip injury to starter Matt Prater.

“Every win isn’t easy,” Hurts said. “Personally, I have mixed emotions about the game itself, but we found a way.”

Arizona quarterback Kyler Murray slid just short of a first down on a second-down run during the final drive, then spiked the ball on third down to force Ammendola’s attempt with 22 seconds left. Coach Kliff Kingsbury said he believed Murray had gained a first down on the run, but once he realized it was third down, he still decided spiking the ball was the best option.

The Cardinals had no timeouts and Kingsbury said there were too many things that could have gone wrong if they had tried to run another play.

Philadelphia scored the go-ahead field goal on a grinding 17-play, 70-yard drive that lasted nearly eight minutes. Hurts extended the drive twice with 1-yard runs up the middle on third down, getting a great push from his offensive line for enough room to dive forward.

Cameron Dicker — who was playing in place of the injured Jake Elliott — easily made the 23-yard field goal with 1:42 remaining. Philadelphia’s defense kept Arizona’s offense out of the end zone on the final drive and then ran off the field celebrating when Ammendola’s kick missed.

Hurts completed 26 of 36 passes for 239 yards. He also ran for 61 yards and kept the Eagles’ offense in good position, switching a few plays at the line of scrimmage. The biggest audible came on the final drive, when he switched plays and hit tight end Dallas Goedert on 3rd-and-12 for a 16-yard gain.

Arizona (2-3) has lost all three home games this season and eight straight over two seasons — its longest home skid since an eight-game streak from 1956-58 when the franchise was in Chicago.

The Eagles held Murray mostly in check, limiting him to just 28 of 42 passing for 250 yards, one touchdown and one interception.

The Eagles had their 14-0 lead sliced to 14-10 by halftime on Matt Ammendola’s 20-yard field goal as time expired in the second quarter. The Cardinals kept the drive alive with a fake punt, snapping the ball directly to Williams, who ran seven yards for the first down.

Hurts pushed the pile for a 1-yard touchdown and a 7-0 lead midway through the first quarter. The quarterback was 5 of 7 for 56 yards during the 64-yard drive as the Eagles methodically moved downfield.

He scored his second touchdown in the second quarter on another 1-yard run for a 14-0 advantage.

The Cardinals eventually fought back, with Marquise Brown shaking off several would-be tacklers on a 25-yard touchdown that cut the deficit to 14-7.

INJURIES were everywhere and they impacted the continuity of both teams, to be honest:

There was some good stuff from the Eagles, notably the Hurts-to-Goedert connection (on third-and-12 at the Arizona 36, with 4:28 to play, Goedert came up with a huge 16-yard reception to the Cardinals’ 20. The tight end grabbed eight passes on nine targets for a team-high 95 yards receiving.); safety C.J. Gardner-Johnson intercepting Murray; Hurts rolling left and throwing on the run to find receiver DeVonta Smith on third-and-12 at the Eagles’ 12 for a 22-yard completion and extending the series; safety Marcus Epps breaking up a Murray pass on a third-and-four at the Arizona 28 to Zack Ertz with 2:00 left in the half; linebacker Haason Reddick sacking Murray with 5:20 left in the third quarter on third-and-11 at the Arizona 46. The Cardinals had been driving, converting a couple of third downs and were moving. Stuff like that…

Bad stuff seemed to follow the disruption caused by injuries at the worst times and manifested in some lousy blocking and some ineffective pass protection under blitz pressure.  At points the defense looked confused and probably a little gassed as it softened on some key Cardinal drives. There were some serious missed tackles in open field, which is not to underestimate the team speed of the Cardinals offense.

Maybe you just chalk it up as a good luck charm to add to your preparation for Dallas next Sunday.  You’re going to need to play better, and EYE think the Eagles know it.